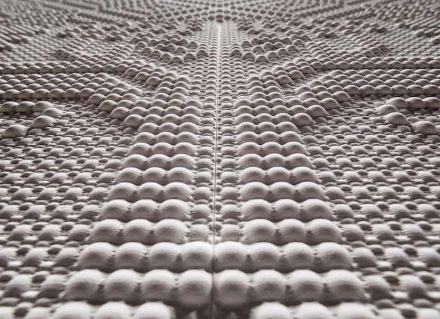 „What is the Mediterranean?“ Lithea company from Sicily asked in April 2018 at the release of its new collection titled „Mediterranean Grafts“. The latest news in this series is „Pibiones“ described in a press release:

„The large stone tapestries are inspired by a traditional Sardinian weaving technique whose decorative motifs are characterized by stitched relief beads (pibiones) or grains, formed by small regular hoops produced using a loom.

„The vine branch or lapwing, which in Sardinia have always been considered symbols of prosperity and fertility, are in fact among the most recurrent stylistic features used by the Sardinian artisans in the decoration of traditional artifacts. 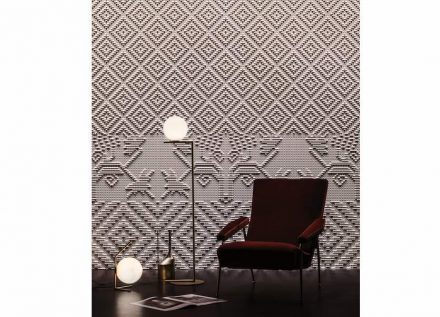