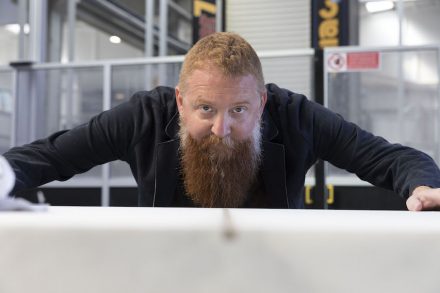 This year’s winner of the Premio Henraux Award interpreted marble „to the extreme“ according to CEO Paolo Carli in a video.

The Heraux Foundation Award set up by the renowned Italian Marble producer based in Querceta close to Carrara, distinguished the best submissions for the fourth time. Those competing must propose a project in marble with innovative implementation of tools and material. Even the sculpture in its strict sense is not a must. This is according to the submission forms.

This fourth edition turned up some 90 proposals. The jury was newly named: their president Edoardo Bonaspetti (formerly publisher of art magazine „Mousse”); other members of the Jury were Ilaria Bonacossa (director of the Art Fair Astissima Turin), Eike Schmidt (director of the Uffizi Gallery in Florence), Roberta Tenconi (curator of the art exhibit Pirelli Hangar Bicocca of Milan), and Andrea Viliani (director of the Madre-Museum of Contemporary Art in Naples). Joining them was the president of the Foundation, Paolo Carli.

Three award winners are named every two years. A special mention-prize was granted this year as well. Award-winners were invited to absolve an internship early this summer at the Henraux Works to realize their draft. The ensuing works remain property of the foundation.

Until this year, it had been the norm for artists to go to the limits of what was realized with marble to date not only as a principle but also to male best use of the skills and craftsmanship of Henraux’s specialists and the capacity of the machine park. 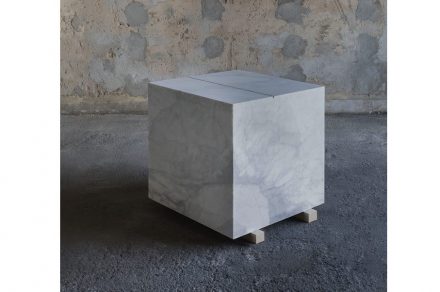 Award winner Francesco Arena with his work „Metro cubo di marmo con metro lineare di cenere” (cubic marble with a linear meter of ash). He barely touched the stone, save for the razor fine cuts on the sides of the raw block and the incision on the top. 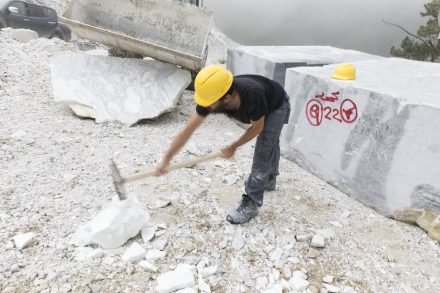 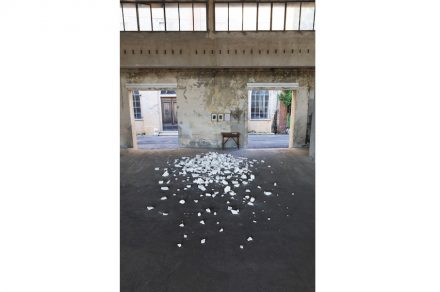 David Horovitz, on the other hand, defragmented the raw block into small chunks. He called his work which was displayed in Henraux’s production hall „A mountain / A sea”. It was more of a happening: visitors were allowed to take a fragment of the block home with them. 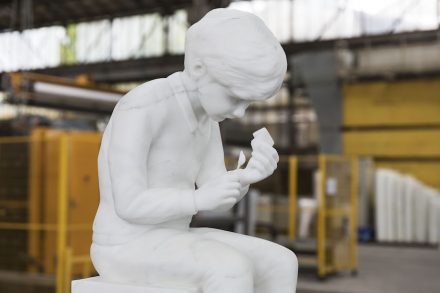 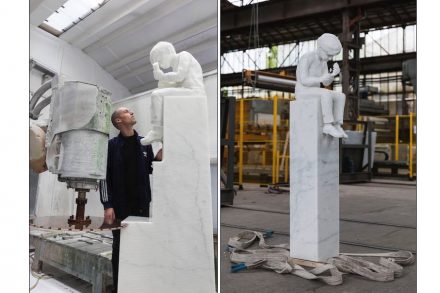 Diego Marcon’s work was figuratively representative and depicted „Ludwig” as a child sitting and playing with matches. 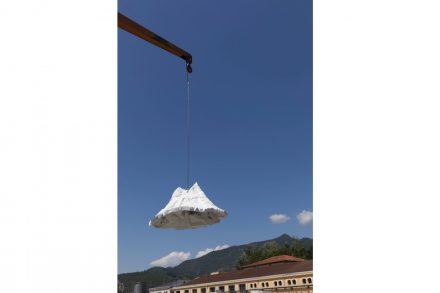 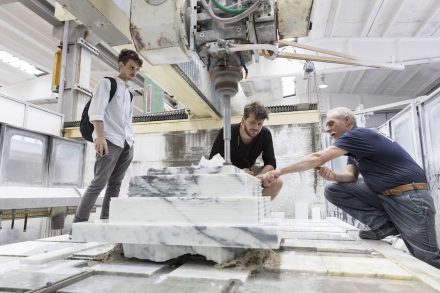 The special mention prize went to the group ,Anto. Milotta – Zlatolin Donchev’ for their work „Libro di Vetta” (summit book). Artists had sculpted a model of the mountain, which was suspended from a crane dangling in mid-air.

One of the original themes of this year’s tasks was to acknowledge Michaelangelo’s ascent of Monte Altissimo some 500 years ago.

Monte Altissimo still plays a central part in Henraux’s history: one of the founding fathers, Jean Baptiste Alexandre Henraux remained there after his tour of duty as an officer of Napoleon’s troupes. His task forthwith was to select and provide marble for monuments in France.

On January 20th, 1821 he founded Henraux Enterprises together with the affluent but unlucky Italian Marco Borrini.

The 5th edition of the foundation’s prize will take place in 2020 and mark the kick-off event of the company jubilee one year later according to the press release.