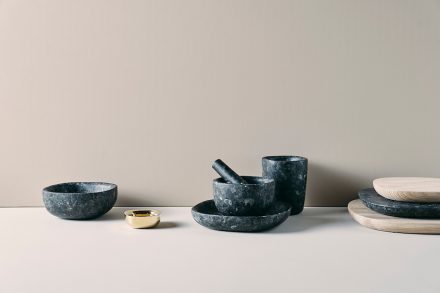 But first and foremost, it’s all about merchandising and promotion of the company’s stone

Norwegian-based Lundhs Company is one of the big players in natural stone blocks worldwide and is now undertaking steps toward product design: its new designer objects are suitable for sale. Its „Essence“ collection, e.g., is available online via the company’s website.

The original idea was to use designer objects for marketing purposes only, i.e. as exhibits and show pieces for architectural fairs, as we had previously reported.

But „Essence“ are kitchen accessories made of various types of Larvikite, wood, and brass. All in all they are meant to convey a feeling of the North: these are „exclusive objects made of Norwegian natural stone, created by Norwegian designers, produced in Scandinavia,“ according to the company webpage. 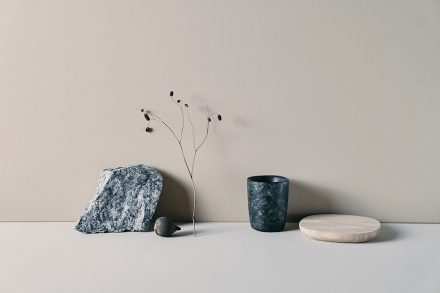 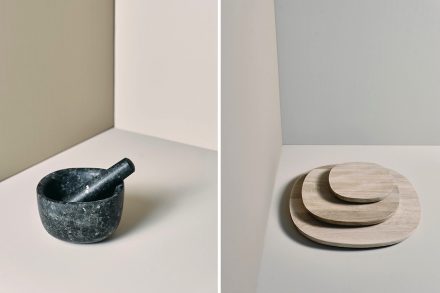 The line’s designers were Thomas Jenkins and Sverre Uhnger, a British-Norwegian-team.

Hege Lundh, the company’s marketing director, describes the concept: „It’s really important for us to demonstrate the wide range of use that natural stone has.“

So the turnover from sales of the designer line is secondary. First and foremost it’s all about wetting customers’ appetite for natural stone with designer objects and thus introducing natural stone to the target group. 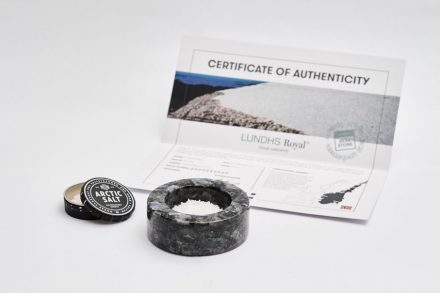 Apart from this, Lundhs has developed a clever marketing idea for its kitchen countertops: they come with a certificate of provenance authenticating the customer has purchased a „piece of Norway all his own“. „As well as the certificate, we will also send you a small gift, our specially designed Salt Bowl made from the same material as your kitchen worktop.“ 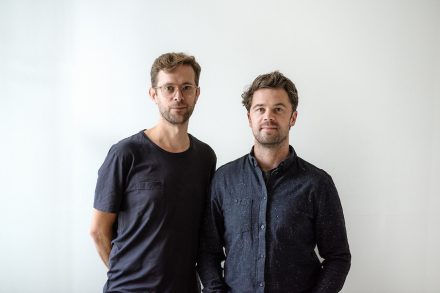