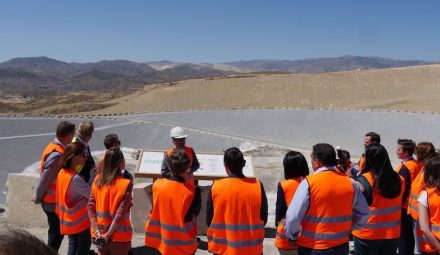 Cosentino Group of Spain, producers of Silestone and Dekton, are poised to face the challenge

„Circular Economy“ is the buzz-word in European environmental policy. Seldom have the European Commission and the European Parliament spoken so effectively in unison as in respect of this topic. Therefore, representatives of Euroroc recently visited a high ranked head of department of the Commission to expound upon the role natural stone can play for environmental protection.

Cosentino Group of Spain is well on its way as a big contender of the circular economy. The company was originally a manufacturer of natural stone only. Now, what with its brand names Dekton and Silestone, and as one of the most important producer of engineered stone world-wide.
In 2018 Consentino Group began operation of its waste management facility. In Almería on an area of 650,000 m² and with an investment of 2 million €, the company will be positioned to recycle 200,000 t of production waste products.

„As part of its firm commitment to the circular economy“ Cosentino Group salvages waste „to be reintroduced into the company’s own production cycle, or into the activities of different industrial sectors“, according to the company’s Website.

A further measure was already expounded in the Corporate Social Responsibility Report (CSR) 2017. Cosentino Group Chairman Francisco Martínez-Cosentino Justo made the Group’s position clear: „We are committed to Circular Economy“, as stated in the preface. His strategy: the big 3-Rs of the circular economy: reuse, recycle, recove. 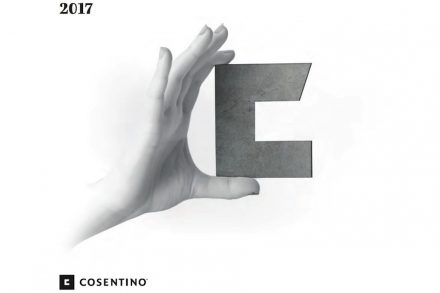 Many conglomerates and large companies publish reports of this kind to show their commitment to corporate responsibility.

But Cosentino committed to 169 targets (Sustainable Development Goals, or SDGs) for the future in the 2017 report for all to witness. Nr. 12, e.g., states a commitment to „responsible production“.

The report states that in up to 19% of the production of Silestone and Dekton for 2017. That was a tripling compared to the 6% the year before.

The Group invested some 20 million € in sustainability in 2017, according to the report.

Cosentino is particularly proud of its green product „Trilium“, a new paint under the Dekton brand name 80% of which is comprised of recycling products.

Already in its CSR-Report 2014/5 the compnay reported at length on its „Silestone Eco Line“, writing: „This revolutionary and eco-friendly product is made from at least 50% recycled materials“. As base materials glass, mirror-glass, ceramics, monitor screens and stoneware were and still are used.

Latest news: Cosentino Brazil’s natural stone quarries are in line with Level 1 of the TFT guidelines for extractive sites.