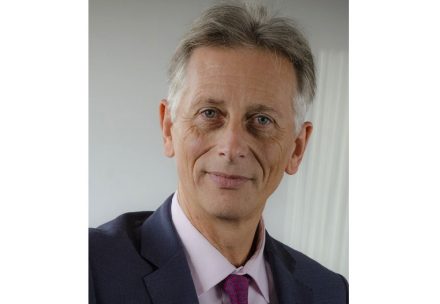 Natural resources are a big topic in the EU. Public awareness first became apparent around 2010 when depletion of rare earth elements were becoming a threat.
Natural stone, too, is one of the natural resources, albeit not one of the most prominent. But the branch provides numerous jobs. In some countries entire regions live off quarrying marble and granite and their spin-off industries.

Currently the main point of contention is: citizens, and therefore politicians, don’t want stone quarried in their back yard.

Since September 2017, Peter Handley is the EU-Commission’s appointed representative on the subject. He is, to be precise: Head of the Resource Efficiency and Raw Materials Unit in the Directorate-General for Growth.

Representatives of Euroroc paid him a visit in June 2018. The delegation comprised the Secretary General of the European Umbrella Organization, Prof. Gerd Merke, and Stijn Renier of the Belgian Trade Organization „Union Des Carrieres et Scieries De Marbres De Belgique“. The aim was to expound the importance of natural stone for Europe’s economy and to acquaint him with the challenges the branch faces.

The Commission has given some guidelines how to deal with natural resources: first the usage should be sparingly and second waste should be recycled if unavoidable.

The buzzword is: Circular Economy. Its basis is Life-Cycle-Assessment which determines all contributing factors such as use of energy or CO2-emission for the life of the material.

Natural stone shows exceptional features in both areas by nature. No need to use primary sources of energy for the production – stoen is simply there. Also, its durability is uncompromised and unmatched. Floor tiles, e.g., can often be reclaimed.

However, the branch needs to catch up in some areas such as waste disposal and recycling. At the 1st International Sustainable Stone Conference in Carrara 2016, Italian experts divulged that the natural stone sector ingloriously ranks second in producing waste material in the EU: in 2012, stone firms had brought forth 727 million t of waste or 28% of all waste material of all other branches put together.

One idea of avoidance was recently discussed at IMM Carrara: special resins allowing to solidify benches in a quarry.

Other ideas for recycling waste are mere drops in the ocean, e.g. the traditional usage of marble powder as an additive to tooth paste. Stone meal could also be used as filler for asphalt, cement, plaster and much more, according to scientists. But none of these possibilities has yet reached a market breakthrough.

To sensitize the public, the Commission conjured the Raw Materials Week to life. This year it will take place from November 12th to 18th, 2018.

There is an expert commission, the Raw materials Supply Group, comprised of representatives of the trade organizations.

Also important in this context: PRODCOM. This is a compendium of statistics on quarrying and surface mining and production of wares and material. Natural stone and its value-added products are included. Presently the lengthy table is being revised.