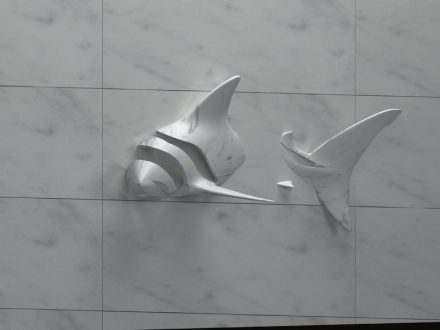 „The sculpture is not just placed in the space, but it has become part of the space“ writes Greek-born sculptor John Bizas of his new draft, a shark seemingly jumping out of the marble wall. Works of this sort are suitable for indoors and out.

Note that Bizas uses sharks as a central theme of his sculptures. Marble is his medium of choice. The fish is not the actual subject. His work is an analogy of humanity. 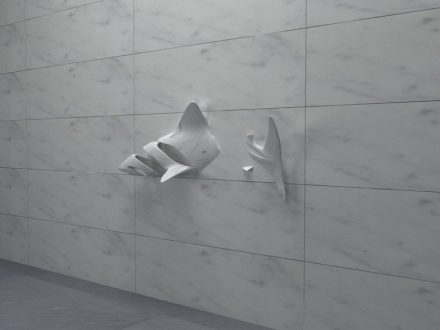 This latest work symbolizes how man has infiltrated every aspect of life on Earth.

His marble tile is but a small block, out of which the shark is sculpted in entirety or as an allusion.

John Bizas lives in Washington, DC. His works can be viewed in Georgetown, New York, and Palm Beach/Miami. In Europe, works are exhibited in Belgium (Brussels and Brück), Italy (Portofino), France (San Tropez and Courchevel), and the UK (Oxford).