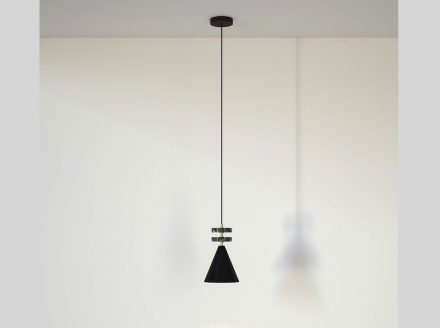 The characteristic elements of the design are clear geometric shapes: cubes, disks, or cones with an imaginary line drawn by the wire

One of the most heart-warming scenes in cartoons has toys come to life when no-one is looking and freeze as soon as a human being approaches.

Chris Basias’ creations are best perceived from a similar perspective. The Greek designer of puristic suspended lamps imagines the elements dancing about in the dark but freezing in their tracks in time to light a room and fulfil their destiny. 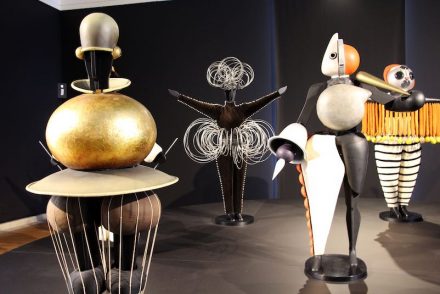 Basias was inspired by Oskar Schlemmer’s famous Triadic Ballet from the 1920’s: instead of classic ballet dancers, Schlemmer’s choreography provided for figures to move like robots and look like string puppets. Schlemmer transposed the Bauhaus idea to his ballet: no frills and twirls but rather clear geometric shapes as a central element of his design.

„Triadic“ refers to the trinity of elements, characteristic for Schlemmer’s concept. 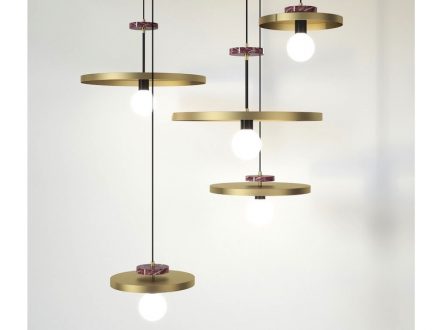 The Athens-based designer adopted the concept using three geometric shapes to define his series: the cube, the cylinder or disk, and the cone. His lamps are an abstract metaphors of Schlemmer’s „figurines“.

Marble plays but an unobtrusive role: the stone sets an accent among the metallic or mat black surfaces. 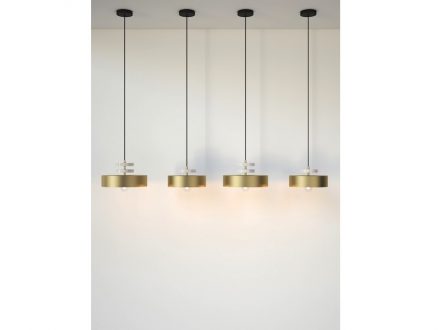 Marble rings lend the necessary mass. They ensure that the lamps stay in position and do not sway at whimsey when „at work“.

Another important element is the wire which expresses the geometric line.

As one will recall from geometry class, the line is a set of points, or in modern terms: pixels.

The collection goes by the name „Olon“, Greek for „all“. 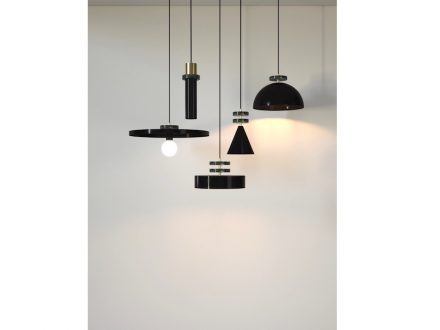 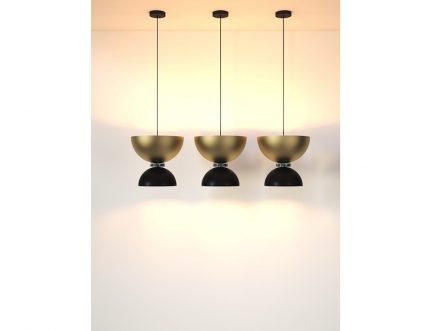 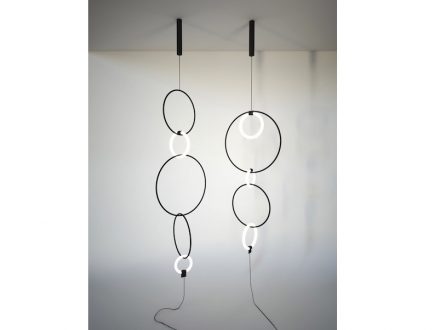