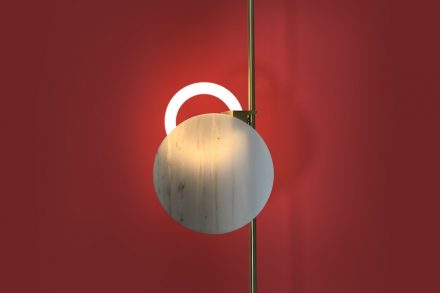 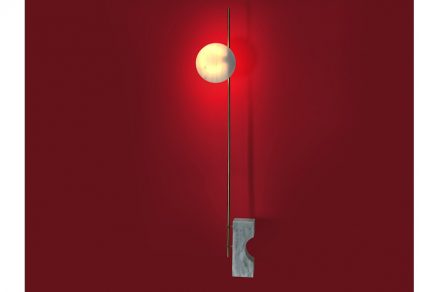 Greek product designers working with local marble face a difficult task. Every chip off the block is overshadowed by a standard for style coined by the ancient Greek Temples over centuries as well as grand sculptures which have steered sculptors over generations.

Chris Basias, Athens-based product designer and founder of Studio CT Lights, takes things lightly, as is his nature. His lamps are not made of marble alone but rather with marble. And he gives his creations simple forms.

Flashback: in ancient times, all things made of stone were massif and entirely stone. After all, stonemasons and sculptors were at work and stone was their medium. 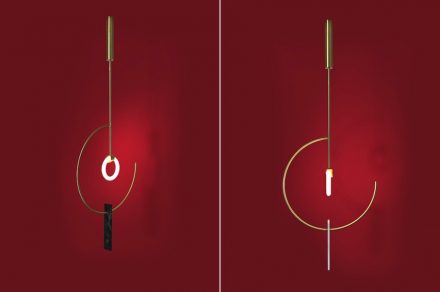 The central theme of Basias’ work is balance. Fittingly, his current collection is called „Essorropia“ (Greek for equilibrium). The collection includes a number of objects.

As a child, Basias remembers playing endlessly with pieces like these. 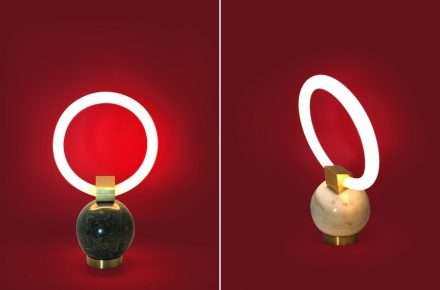 So, too, the lamps are always in motion – as in real life, a balance between stability and instability, good and bad, light and dark…

… which brings us to his preferred shape: the circle.

As far as production is concerned: Basias puts all his trust in local craftsmen.

Two types of marble are used in his objects: white Dionisos and the dark green Tinos. The marble is complemented by oxidized brass which has a patina.

Next to the stone, the third element used is light. Light emitting diodes create the third dimension, at least until the power source is turned off and everything changes once again. 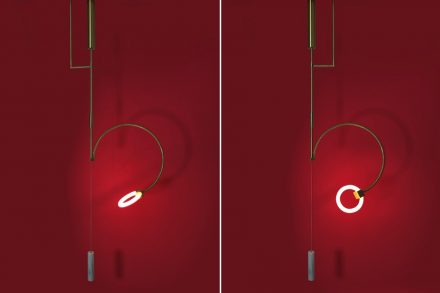 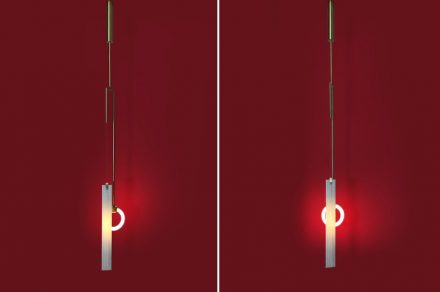 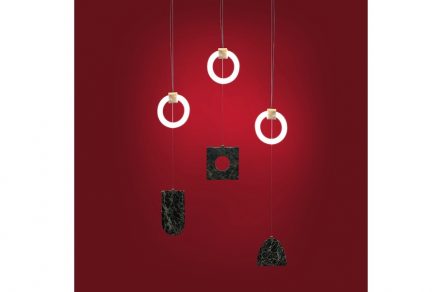 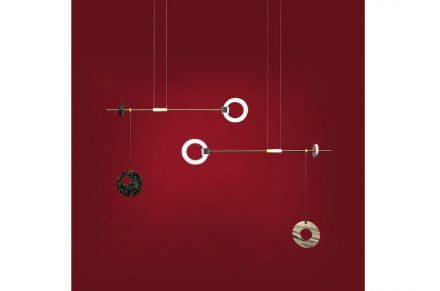