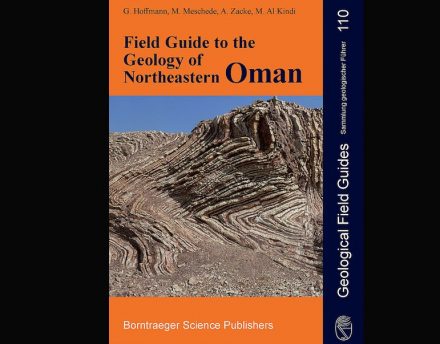 The Geology of Oman and its breathtaking landscapes are spectacular to tourists and geoscientists alike. The mountain range in the North Eastern sector of the country shows the remains of the Tethys Ocean, now arid, where once the African, Indian and Eurasian continents collided. The Geoscience Information Society awarded the „Field Guide to the Geology of Northeastern Oman“ (Gösta Hoffmann; Martin Meschede; Anne Zacke; Mohammed Al Kindi, ISBN 978-3-443-15099-0) its prize Best Guidebook.

Zola.com is a web-portal for wedding gifts or honeymoon funds. Among the objects are some made of marble.

„Swirl“ ist the name of Tom Dixon’s collection of candle holders which look like being made of paper but have the weight of real stone. Their material is stone powder plus resin with pigments.

The Reconstruction of Franfurt/Main’s heritage quarter has been nominated for one of the MIPIM awards in the category Best Urban Regenerations Project. MIPIM is an international fair for real estate held in Cannes (March 12-15, 2019).

Stone-Age seafarers may have spread the culture of Megalith stone circles all over Europe, a scientist from Gothenburg University writes.

„Stonehenge – beyond the mystery“ is the title of an exhibition in the Gallo Roman Museum in Tongeren, Belgium until April 21, 2019.

Abrupt changes in the seafloor may be one of the reasons why at the surface „freak waves“ or „freak waves“ with extreme hight are created, a researcher from Florida State University has found out.

Portuguese scientists have discovered a new slow-growing microcolonial black fungus which threaten the limestone of the UNESCO-listed cathedral in Coimbra. João Trovão described the research in the journal MycoKeys.

The National Museum of Scotland plans to open a new permanent gallery called Ancient Egypt Rediscovered with a limestone piece from the Great Pyramid of Giza as centerpiece. Egyptian authorities question the authenticity of the stone. And if it was an original they want it back, the Stone Specialist reports.

Volcanic rock, when pulverized into a fine ash, can be used as a sustainable additive in concrete structures engineers from the Massachusetts Institute of Technology working with scientists in Kuwait have found. According to their calculations, it takes 16 percent less energy to construct a pilot neighborhood with 26 concrete buildings made with 50 percent volcanic ash, compared with the energy it takes to make the same structures entirely of traditional Portland cement.

Italy’s first ever Mormon temple was opened just a few miles up the road from the Vatican in Rome, CNN reports. The 40,000-square-foot building is made of Italian marble and granite. 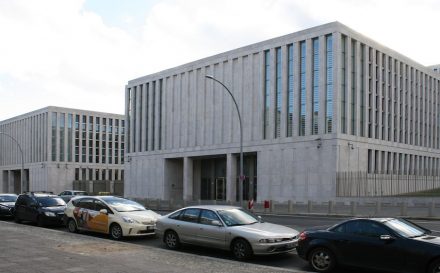 Germany’s Secret Service (BND) has new headquarters in the Berlin city center. Parts of the building complex are clad in German travertine (German).

A fortification system on the border of ancient Bactria has been excavated by scientists from Russia and Uzbekistan. Once significant part of Central Asia belonged to this kingdom, which, as a separate satrapy, was part of the Achaemenid Empire. In 329 BC it became part of the empire of Alexander the Great (Russian).

The marble slabs cladding of the seven-story City Hall in Memphis, TN is causing problems. The marble debris is just one sign of the challenges facing the aging structure after 50 years, according to a report.

The Stone Sector in Northern Macedonia is the main topic in Italian Marmomacchine Magazine (Dec 18/Jan 19, Italian and English). Another is slippery floors.

Drystone is the topic of the 1st Assises Régionales de la Pierre Sèche en Auvergne-Rhône-Alpes held on March 07, 2019 in Écully close to Lyon in France.

South Korean producer of engineered stone, Lotte Advanced Materials, owns 72.56 % of the Turkish producer Belenco. Asians hope to wedge a foot in the door of European markets with this move, it is reported.

Video of the Month: „Spiral“ is the name of the monumental marble sculpture by Cynthia Sah and Nicolas Bertoux carved in their Seravezza studio near Carrara. It was installed on the 17th floor of a Bank in Taipei, the capital of Taiwan. A clip shows how the 4.10 m high piece was finished and installed. Both sculptors are initiators of the Arkad Foundation, which finances workshops for sculptors among other activities (1, 2).