Ticino’s Sonogno: natural stone breathes new life into the heart of the piazza 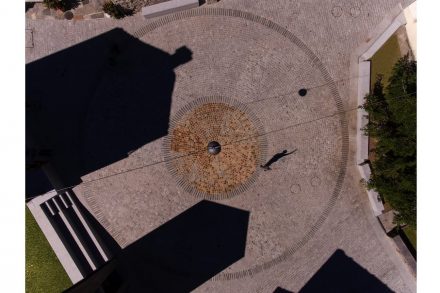 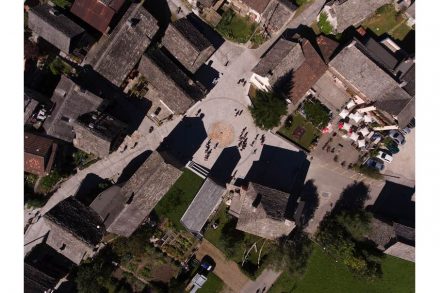 Architect Enrico Sassi literally gave the municipality of Sonogno, situated in the Swiss canton of Ticino, its central plaza back. The unique cobblestone crossing, and choice of stone are a true eye-catcher.

Note that according to Wikipedia Sonogno boasts a population of 86 and can be considered a typical alpine village what with quarry-stone farm houses and shingled roofs. Thorofare traffic has long been banned.

But Enrico Sassi chose to embrace the new with visibly different elements rather than rehashing the time worn. 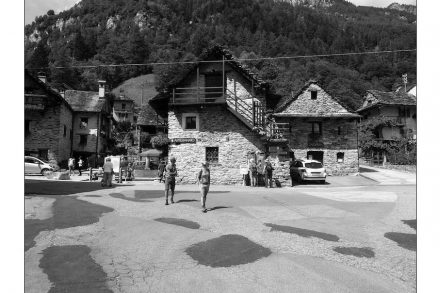 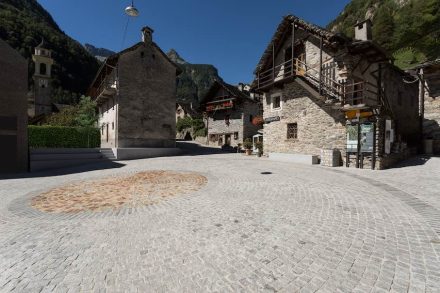 Hardly anywhere else can such a wide variety of natural stone surfaces in a different functions be found in this high concentration.

Many minute details become apparent only at second glance. 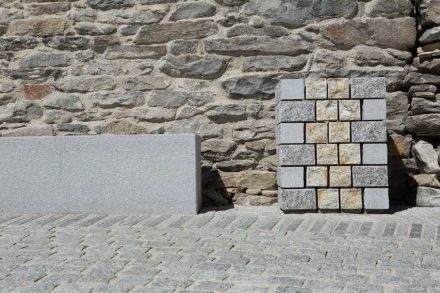 E.g.: the cube on the right of the photo. What might that be? (see the answer below)

One of the details which become apparent after closer contemplation is the inner circle of the piazza. The obvious reddish tone is clearly distinct from the gray granite surrounding it. It zeroes life in to the center of the town.

The red natural stone is not available locally, at least not in retail. 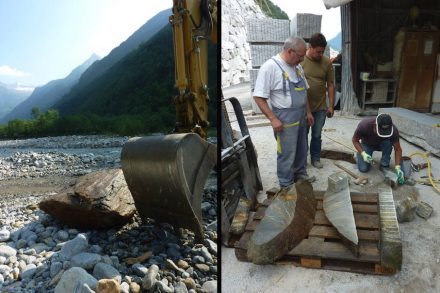 However the Verzasca brook carries a small cache of these stone chunks.

Enrico Sassi had pieces cut into cobblestones – and lo! The brook now flows through the town, figuratively.

The stones are arranged in various shapes and sizes in the cobblestone pavement where traffic areas are optically separated. 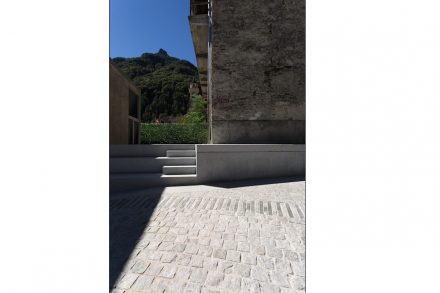 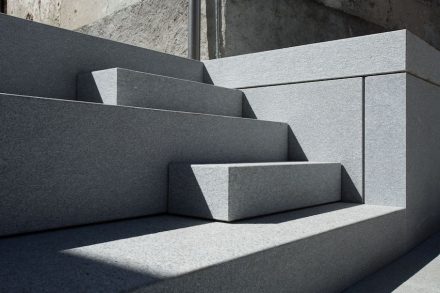 And finally the piazza is surrounded by a granite wall. The brushed surface sets it apart from the house’s stone masonry. This is where the public space cedes, and the private section of the village begins. 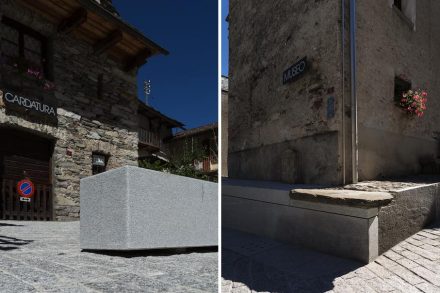 But the granite wall is seen less as a delineation than an invitation to sit and rest for a while. Public and private intermingle and flow freely even for guests. This, too is underscored by cubes on the edge of the Piazza, obviously placed to serve as seating. The granite surface is sawed.

One original slab from the former wall surrounding the piazza was removed and reclaimed as a capstone for the new wall.

The pattern is clearly defined making the surrounding confusion of quarry stone façades all the more obvious.

The piazza is – not only optically – the center of the village.

The total cobblestone surface measures 596 m². The total costs of paving were some 550,000.00 Swiss Francs. Government funds from a special program to develop alpine villages provided part of the funding.

The stonemasonry was realized by Cellere Roadworks near Castione.

Ah, yes: the snazzy cube: it is a camouflage for a wastebasket. 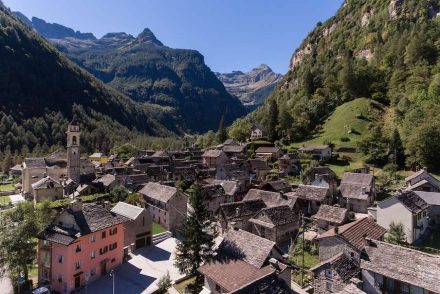 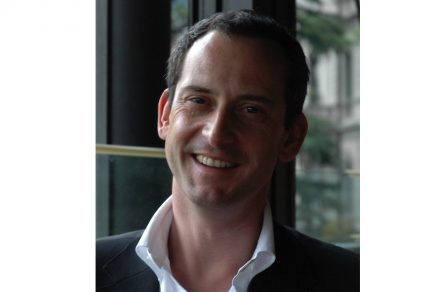