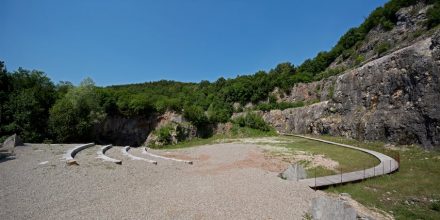 In the Swiss Canton of Tessino, an old production site was given a new lease on life for leisure and tourism

Word has it, that quarries and production sites around them are points of attraction for locals and tourists alike. Quarries are converted to amphitheaters; old buildings turn into visitors’ centers. And Cave di Arzo (Arzo Quarries) is no exception. Situated in the Canton of Tessin between Arzo and Meride right on the border to Italy, this is the site architect Enrico Sassi converted to become a public attraction with special and unusual details. His mission was to plan the landscape surrounding the complex to provide a new attraction. 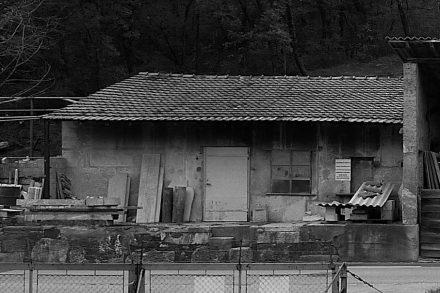 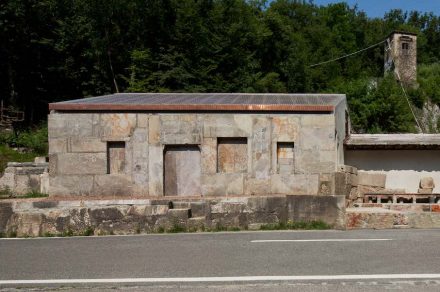 The old main building on the street front was clad in small stone siding composed of local stone from the beginning. Architect Enrico Sassi gave the unspectacular building a new appearance in block shape. The roof was recessed, and the trough removed.

The effect is nothing short of artful: when rain falls, water runs down the side of the building and brings out the color of the marble in all its glory. 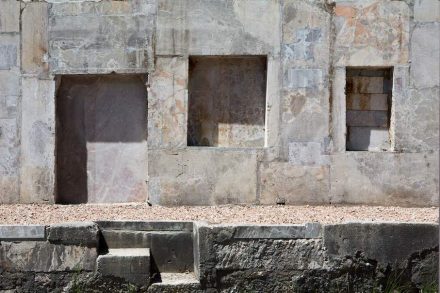 To further reinforce the block-effect, the window openings on the street front were closed with stone slabs.

The old roof is still supported the original roof girders but reinforced and covered in transparent plastic roofing elements. Thus, the historic machinery inside the building are flooded in daylight from above.

An educational trail leads visitors around the grounds and gives information regarding old technology in stone quarrying, geology, and terrain and much more. Flora and fauna are described in great detail.

Educational trails are often used in public areas with heritage value. But this one has a highlight right at the beginning. 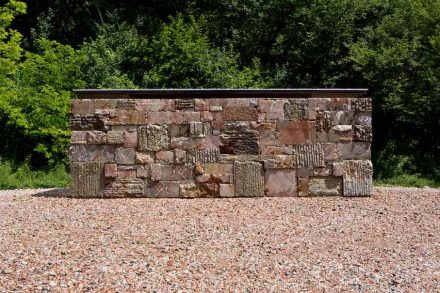 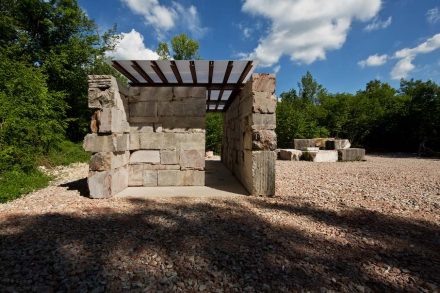 It is an unspectacular building with visitors‘ restrooms and protection from the rain. Old remnants were used for its walls. And here again, the interplay of surfaces and colors is remarkable. 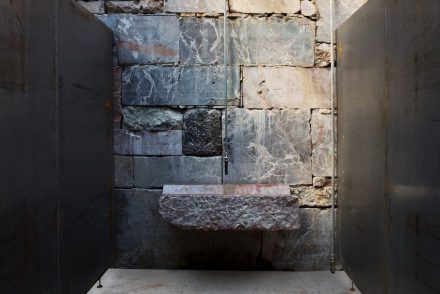 And then there is the washbasin – carved from one of the quarry’s stone blocks by hand and extracted by manpower, such basins are found only in homes of the very rich today. But here, whence the stone originates, it is the wealth of all. Note the tap! 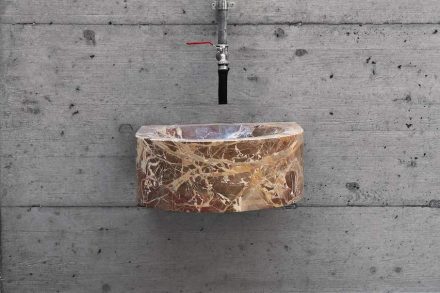 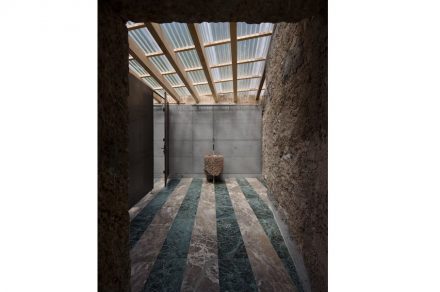 Similar wash basins can be found elsewhere on the grounds as well. 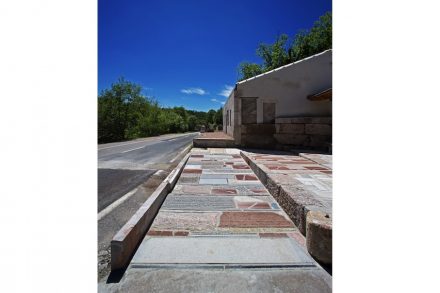 The flooring in the entrance of the main building is made of stone remnants but is impressively colorful.

The amphitheater is situated at the foot of an impressive cliff. Seating is made of old stone blocks. A number of events and performances have taken place here since completion of the reconstruction in 2017. 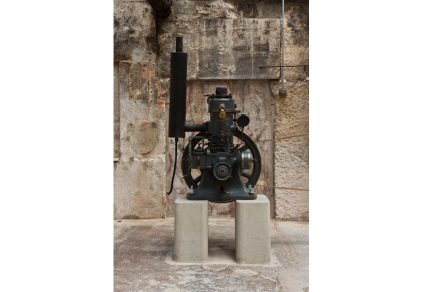 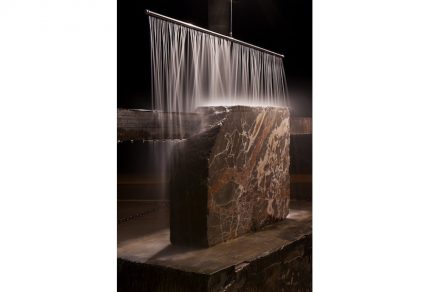 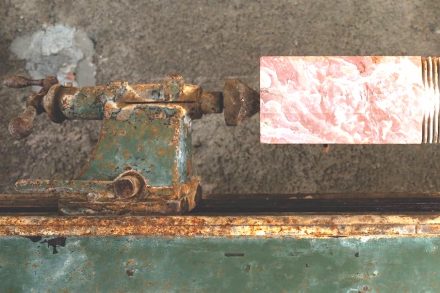 The heritage machinery was polished up and restored with great attention to detail. Thus, visitors can see how the force of a diesel generator was directed via helical wire.

Stone was quarried here since 1300 A.D. At the time of closing, 6 generations of Rossi & Ci. Had quarried stone for the company which closed its doors in 2009.

The county, which was always proprietor of the production site, bought the buildings after the factory closed. At the time there were plans to start up quarrying again. But in a lengthy process „what has been achieved is the result of much discussion and of the constant questioning and adjusting of the initial ideas“, writes Enrico Sassi.

Arzo stone was sold far and wide in the company’s hay day. To be precise, the stone was Breccia and not marble and was quarried in the hues Macchiavecchia, Rosso Arzo and Brocatello. Some famous examples of implementation can still be seen in the Milan Cathedral and in Einsiedeln Abby. 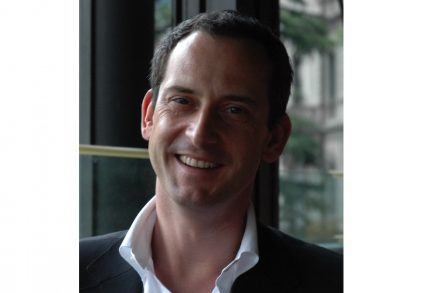