„Metalito“ by I Sassi di Assisi: an update on self-supported natural stone arches 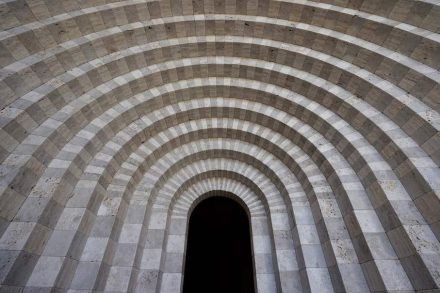 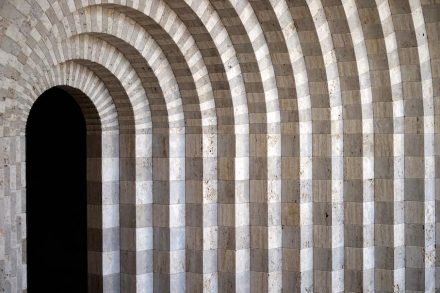 The concept is as tantalizing as it is simple: stone arches named „Metalito“ have a steel spine opening a whole new world of possibilities. Whereas the keystone was a must for the classic stone arch, Metalito now makes do entirely without a keystone. This, in turn opens whole new worlds of implementation and design.

Also: no scaffolding is needed in erecting the arch – or for demolishing for that matter. The arch can be disassembled and re-erected elsewhere. 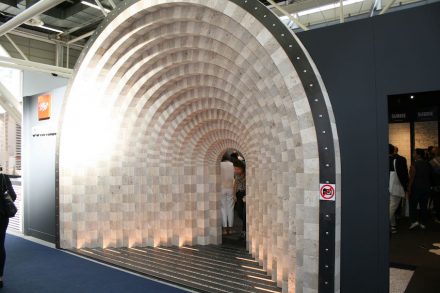 Italian-based I Sassi di Assisi, translated: The Stones of Assisi, first presented the concept at the Cersaie Trade Fair in September 2018 in Bologna. Groups of fascinated fair visitors could be seen gathering around the company stand. 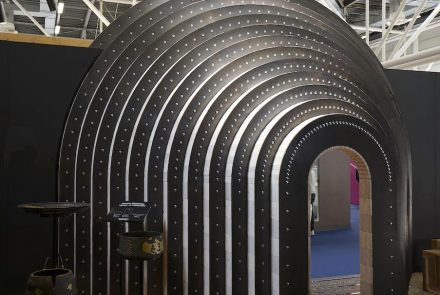 The concept is most easily understood when examining the back of the construction: each of the arches comes with a wide steel band with which it is bolted to the stone.

Francesca Corneli, architect and daughter of the family owned company, explains the principle in theory: „Working together, the two elements stone and steel create a structure capable of withstanding tensile and compressive stresses.”

The construction required neither mortar nor any form adhesive – stone blocks precisely cut with the aid of a CNC-Machine in combination with the steel construction are sufficient for cohesion. 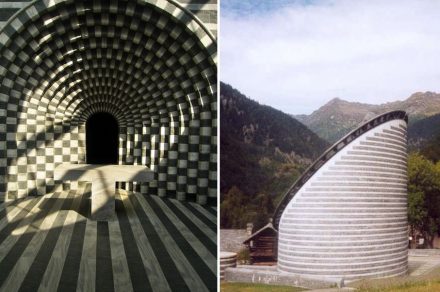 The many architects visiting Cersaie were particularly impressed by the design possibilities: Metalito was inspired by the famous San Giovanni Battista Sanctuary by Mario Botta. Francesca Corneli expresses her fascination: „We were impressed by the geometric logic and dynamism of that project and we wanted to rethink it and re-present it in a new style.”

The principle not only allows low-cost construction and destruction. It also allows a number of different shapes and forms. „Why arches only?“ asks Francesca Corneli. One could just as well construct furniture for company presentations, she surmises.

There were inquiries from Africa for a cathedral entrance, from Asia for the entrance to a restaurant and the interior of a Turkish bathhouse, as well as from North America for a show window. 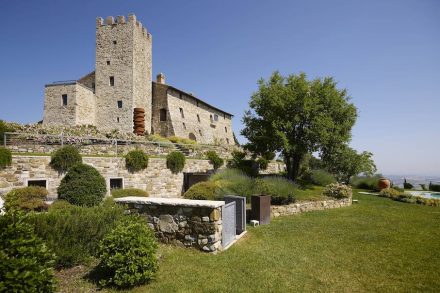 The company itself is currently engaged in constructing a prototype near its headquarters near San Venanzo, Umbria. It is meant to be part of a sculpture-park around the Civitella dei Conti on a picturesque elevation. The company’s head office is in the Fort overlooking the landscape.