What, exactly, does added value in stone design hope to achieve? 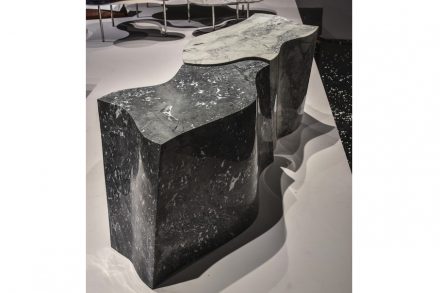 The Vitória Stone Fair included a presentation, which left us at a loss for words

What, exactly, is added value? We are forced to pose this question after this second edition of „Brazilian Stone Original Design“. The aim of the 21 objects by 17 creatives was to show the country’s stones from an unusual perspective, and, in this way, give them added value – at least in theory according to the catalog. The presentation stood under the auspices of Abirochas, the Brazilian Stone Trade Organization, in cooperation with Apex, the Export Propagation Organization. The objects were presented at Vitória Stone Fair in its 48th edition (February 12th to 15th 2019).

Is value added achieved when a product has been created which allows the stone to be sold at a higher price than mere square meter flooring or façade cladding? Is added value linked to salability?
Or is added value reached when the stones in whatever form („furniture, art pieces or objects” according to the catalog) are once presented with a lot of rhetoric and nice photos of the creative and then forgotten in back rooms? 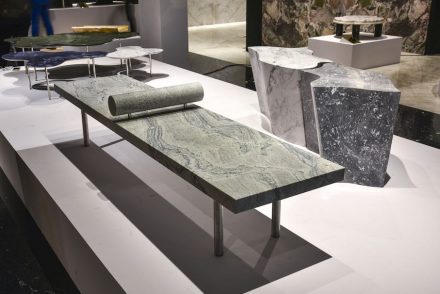 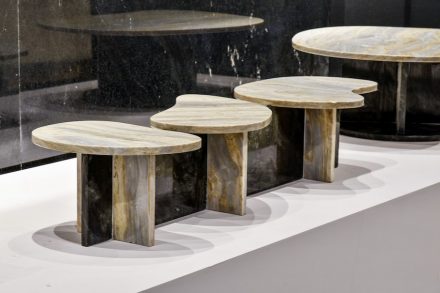 We question the added value of most of the items (please note: not all!), as we had last year.

Did they demonstrate „the versatility of stone“, as was a declared aim according to the catalog?
Surely not. Objects devoid of functionality are not suitable as representatives of how marble, granite, etc can be used in everyday life.

After all, the added value may lie in the opportunities for marketing e.g. showing at architectural or interior design fairs. 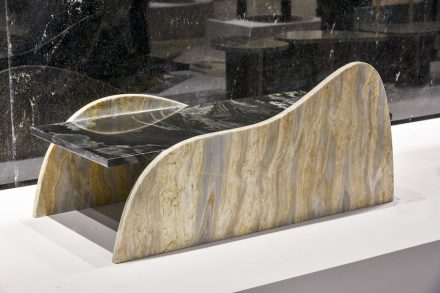 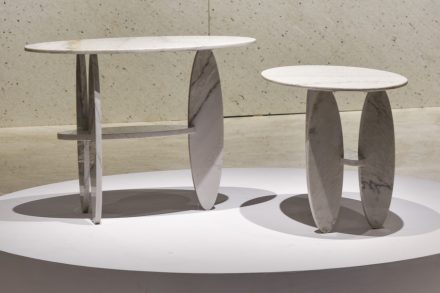 But this was not achieved either. Most of the objects were neither an inspiration for architects nor for designers. Objects made of massif stone evoke fear and deter consumers.

The exhibit was assembled by architect Vivian Koser, acting curator.

Here are some of the objects. 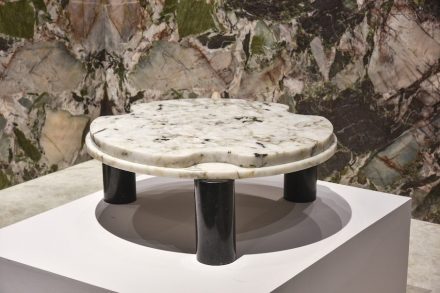 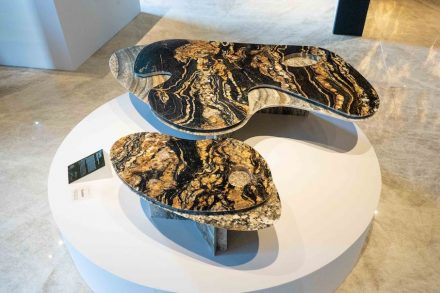 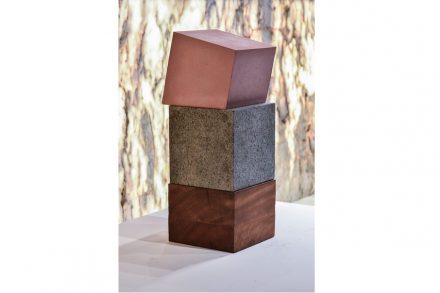 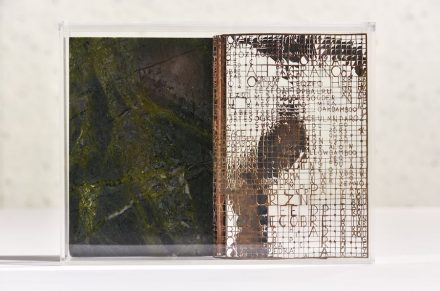 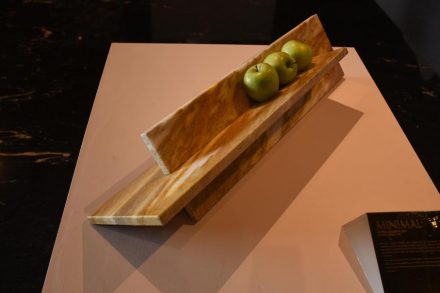 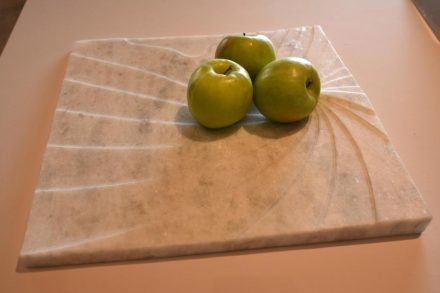 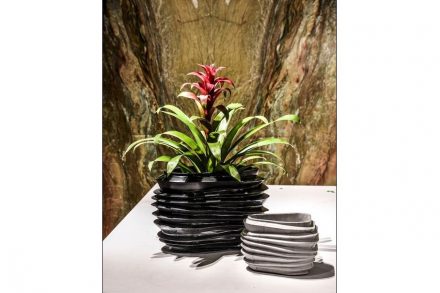 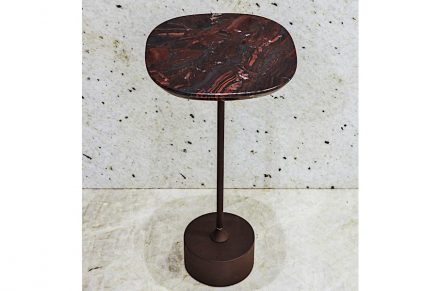 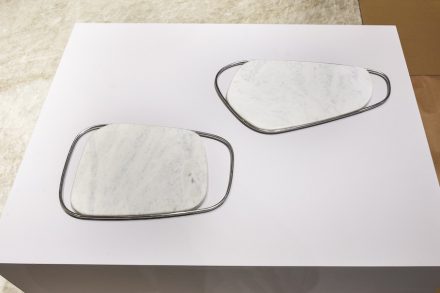 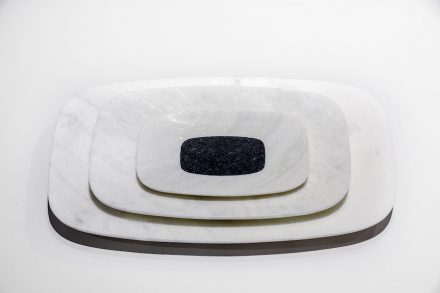 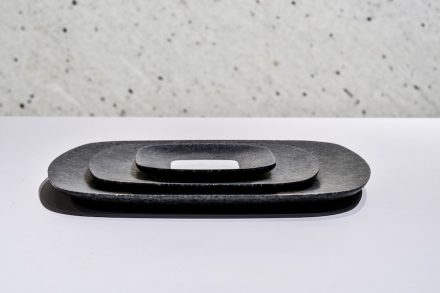