Interior decoration: limestone used as cladding for a fireplace 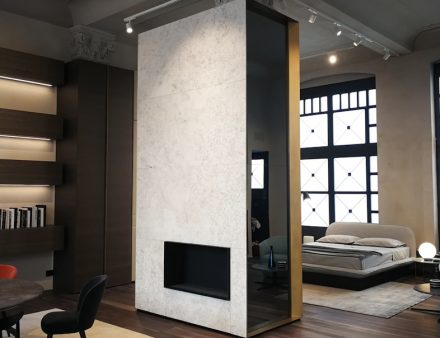 At the FuoriSalone in Milan, Grassi Pietre presents its Pietra di Vicenza in the Casa Presotto flagship store

Grassi Pietre, a limestone producer from Northern Italy, gives an example for the usage of stone in interior design: its Pietra di Vicenza (Vicenza Stone) clads a fireplace shown in the Casa Presotto flagship store in Milan’s city center at the FuoriSalone.

„This new store created by Gherardiarchitetti studio proposes a new concept of contemporary furniture, with new products and finishes, through a careful review of the interior spaces of a prestigious Milanese building,“ as said in a press release. „EM editing, specialized in research for new architectural surfaces, assisted the project.“

Pietra di Vicenza is sourced in underground quarries in the Berici Hills in Vicenza. It is particularly pure and hard. Here it is used with a sandblasted finish in its Grigio Alpi variety.

Grassi Pietre is a family business and has been quarrying and manufacturing the Pietra di Vicenza limestone since 1850. Its headquarters are located in Nanto not far from Venice. Two subsidiaries for design belong to the company, Laboratorio del Marmo and Artenadesign.

FuoriSalone, freely translated: Outdoor Fair is a week-long event in Milan’s city center where design presentations offer something for everyone.

Casa Presotto will be open during the FuoriSalone from the 9th to the 14th of April, from 10 AM to 8 PM 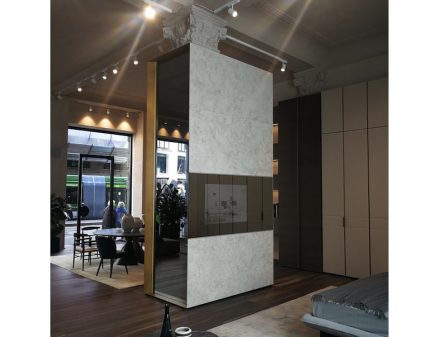 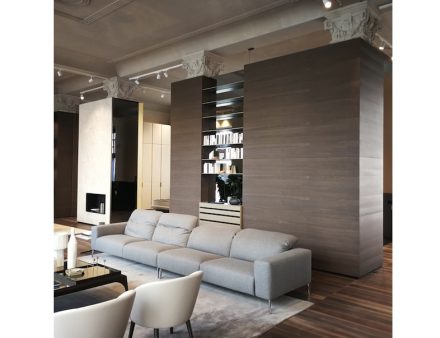 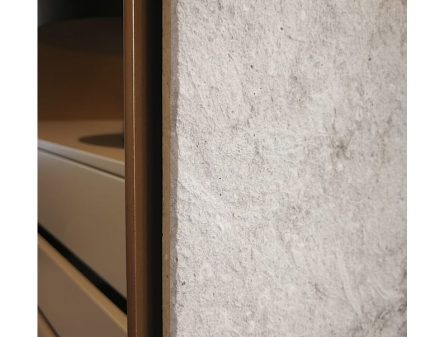