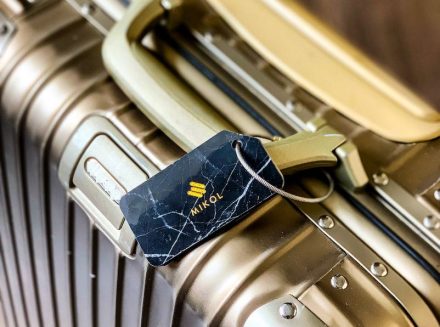 Luggage tags made with marble are the latest product by Mikol Marmi company. The natural stone is cut to a few millimeters thickness and applied to a layer of aluminum. Previously, the company had already issued business cards or poker sets and more from the same material combination (1, 2).

In the Carrara region 8 municipalities have found an agreement to limit the marble production in the coming 20 years to 45 million m³: Seravezza has a share of 1,60 million, Stazzema 1,3 million m³. Other communities included are Carrara, Massa, Minucciano, Fivizzano, Casola in Lunigiana and Vagli di Sotto, according to Versilia Produce (Italian).

„Level“ is the name of a coffee table with a plate of thin marble by Regular company. It is adjustable in height.

Long ago in Southern France, a block of red marble had been ordered but never been delivered for the Versailles Palace. Transportation shall now be made up with means once available.

The Museum of Modern Art in Marsaw is home to the Bródno Sculpture Park.

A 18,000 sq. ft. school building with granite façade on a 4 acre campus in the Appalachian Mountains is on sale.

Snøhetta architects have built an underwater restaurant on the sea floor at the Norwegian coast. 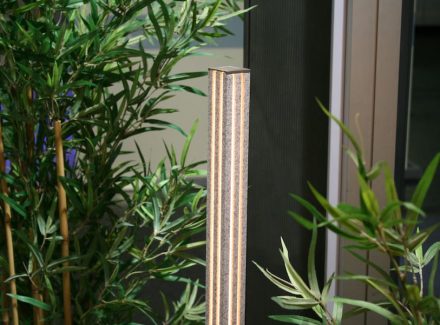 „Kumiko“ is what German company noun products calls its floor lamp made of Corian engineered stone. The piece was shown at the IMM Cologne fair 2019.

The old techniques of processing and transporting natural stone are depicted and explained (in French) on the webpage of the French association Marbres en Minervois (1, 2).

Fungi that populate dead wood can generate marble-like patterns from pigments in the rotten material, researcher from the Swiss Empa (Federal Laboratories for Materials Science and Technology) have found.

CNN has visited the locations of „Games of Thrones“ in Spain and had an eye also on the stone there.

Video of the month: Laminam, Italian producer of large-format ceramics, uses elaborate videos for its promotion (1, 2, 3).