We have the proof: the Easter bunny really exists – in marble 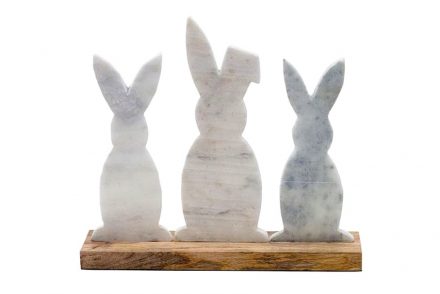 Usually, we make an effort not to pay too much attention to religious holidays and their symbols as our readers are come from many different cultures.

But now it’s time for an exception: we have to inform our friends and fans that the Easter bunny is real and that three of them have shown up at Stone-Ideas.com’s office on Easter 2019. They were made of marble and were sent to the editors from the Consorzio Marmisti Valpantena, a natural stone association in northern Italy not far to Verona.

Only as photos in a greeting email, admittedly.

But the little animals again give us the opportunity to point out that there is an immense market for such little pieces made with stone. With the new technologies such as waterjet or CNC they can be produced at low cost.

Albeit there is not much money to be made when they are sold, they can serve as great tools for marketing such as giveaways for the clients or as little beautiful things which can be found in decoration or tourist shops all over the world. 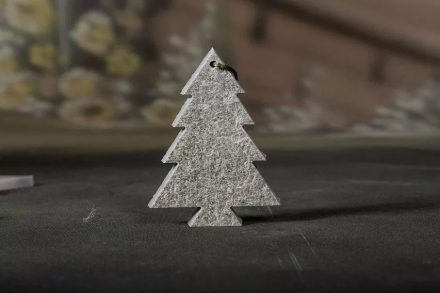 Last Christmas, similar gifts had already reached us. It came from Greek from Chatzisavvas company, the design-affiliate of Akrolithos.

Maybe during the year, the Easter bunnies made of Greek marble and also the Christmas trees made of Italian stone will bear fruit and we will later see more such ideas either by mail or by post.

We thank our readers for the wonderful ideas. And wish you Happy Holidays.