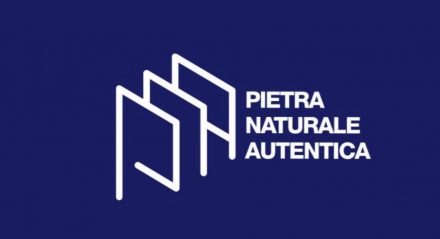 Pietra Naturale Autentica is a network by companies of the Italian stone sector. It counts 50 members, according to the webpage titled „Stone is Better“. It has released promotional videos with various versions for different target groups. They were presented to the public at Fuorisalone in Milan and are now shown on several TV-channels (1, 2).

The Spring 2019 issue of the Building Stone Magazine can be read online. It is a publication of the Natural Stone Institute.

French biennial stone Fair Rocalia (2nd edition, December 03-05, 2019) in Lyon will have a presentation of stone design. For a fee, also fabricators who do not exhibit may show their products there. At the Forum, ideas for stone tables will be presented. At Paysalia held simultaneously in a neigboring hall the „Place du Village“ (Village Square) will be one of the topics.

To stop the dilapidation of the Great Wall, Beijing has formulated an emergency work plan to save 2,772 m and 17 towers „under emergency repair“. Beijing boasts a total length of 520.77 km of the Great Wall, which is more than 21,000 km long and traverses through 15 provinces and cities. Also, village teams have been set up to improve protection of the wall (1, 2).

The 14th International Congress on the Deterioration and Conservation of Stone will be held from September 07 until 12, 2020 in Göttingen and Kassel, Germany. It will bring together geoscientists, architects, building specialists, engineers, conservators, monument curators, and building owners. 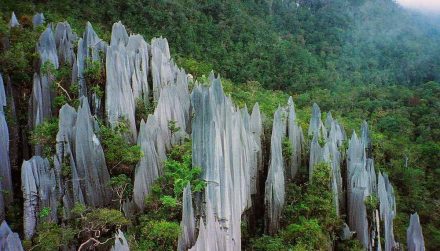 The Gunung Mulu National Park on the island of Borneo is famous for the limestone pinnacles higher then the surrounding trees. The were created during thousands of years of erosion. Underground can be found a tropical karst area with spectacular caverns. The Park has a status as World Heritage.

The French village of Plougastel-Daoulas in the Finistere region of Brittany offers a €2,000 reward for anyone who can decipher a mysterious stone message.

At Frankfurt Airport in Germany the cornerstone for a new Terminal 3 was laid. Architect is Christoph Mäckler (1, 2).

The Grand Egyptian Museum is under construction on a site between the Giza Pyramids and the modern city of Cairo. Opening shall be in 2020.

A Polycor Inc. employee was injured at the quarry in North Jay.

Video of the Month: the film „Mario Botta. The Space Beyond“ reports about the famous buildings of the Swiss architect many of them made with natural stone (1, 2).