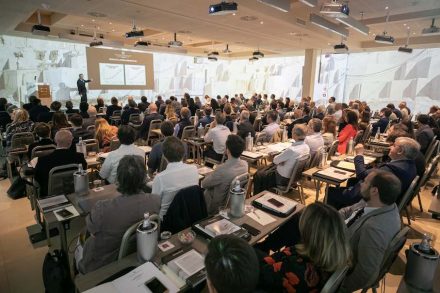 General assembly with more than 170 delegates in Milan / Business statistics: „Slight slowdown compared to the record levels of previous years”

The Italian association Confindustria Marmomacchine sent us the following press release about its General Assembly 2019:

„On June 14 the Hotel Enterprise in Milan was host to the 2019 Confindustria Marmomacchine General Assembly. Once again a key event in the life of the association and the whole sector, the convention was attended by more than 170 delegates – business people from all over Italy and representatives of the major governmental and business organizations.

This year it was also attended by foreign sector operators, in preparation for the launch of the ISN, the INTERNATIONAL STONE NETWORK, the association’s international community launched by the assembly. 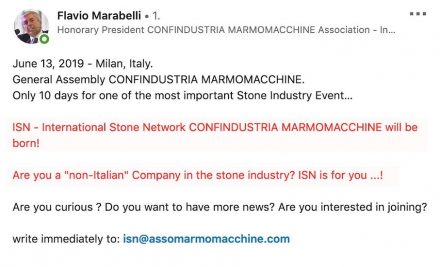 The focus of the meeting – enriched by speeches by President Marco De Angelis and Honorary President in charge of official relations, Flavio Marabelli – was an analysis of the main work done by the association and what is planned for coming months, commencing with the work to defend and protect producers and processors of authentically natural stones.

Also particularly appreciated by the audience was the interesting focus on the sector’s economic trend globally, inside of which the Made In Italy firmly holds a leadership position. Overall – despite a slight slowdown compared to the record levels of previous years – the Italian stone/techno-stone industry in 2018 was again one of the country’s most dynamic sectors, with revenue of more than 4 billion euros and exports worth nearly 3 billion, a strong propensity to sell abroad (accounting for 73.2% of total sales) and above all an active annual trade balance of 2.6 billion euros. 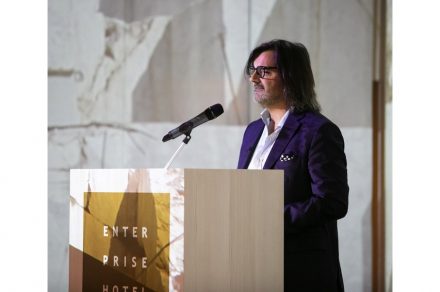 For the Italian stone industry this meeting was also an important occasion for networking, where it was possible to meet with government representatives, business people and stakeholders. On the sidelines of the assembly – which was attended by the president of ICE-Italian Trade Agency, Carlo Maria Ferro – there was an interesting round table on „Fragile Exports: What Balances in the Post-Globalization Era”, moderated by the Honorary President in charge of official relations, Flavio Marabelli, and featuring the participation of the president of the association, Marco De Angelis, SACE Chief Mid Market Officer Simonetta Acri and the Business Director of Veronafiere, Flavio Innocenzi. 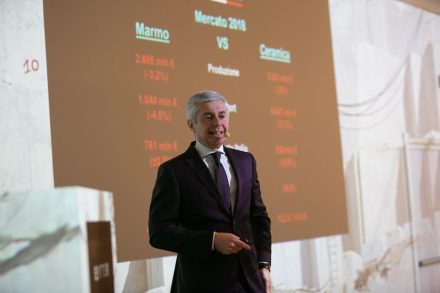 The round table was an occasion for in-depth discussion analyzing the complex situation of international markets compressed between neo-protectionist thrusts and political uncertainties, and what help Italy, Inc. is able to give Italian companies that export worldwide.

Companies among which a leading role is played by the stone and techno-stone enterprises whose propensity to export is among the most significant in the Made In Italy manufacturing sector, many of which have 90% of revenue deriving from foreign sales.

During the meeting ample space was also devoted to the PNA| Pietra Naturale Autentica (Authentic Natural Stone) network, the network of stone companies promoted and sustained by the association for creation of a big media campaign in support of authentically natural stone materials.”