The „Well of Eternity“ – the center of an eternal resting place 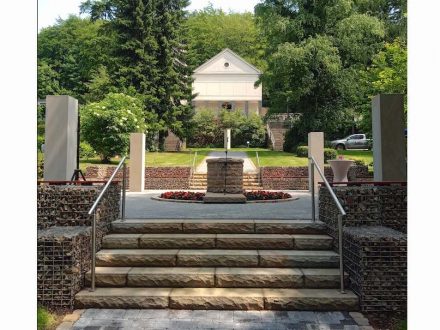 A novel concept for final resting places was presented by German-based stone sculptor Timothy Vincent: in cooperation with the City of Hagen in Germany’s Ruhr Region, he developed and realized the „Well of Eternity“ (Ewigkeitsbrunnen) as the center of a common burial site for all eternity.

Born in England, Timothy Vincent worked as an engineer in materials technology before becoming a stone sculptor. He has long entertained an interest in cemetery culture in its state of change and developed a concept which takes the needs of modern society into account but at the same time embraces the memorial culture. „I believe that people need a place to remember, in order to deal with the loss of a deceased” he reasons.

But particularly in industrialized countries with a predominantly Christian population people no-longer appreciate traditional burials with headstones and graves. Cemeteries are considered externally driven and out of touch with today’s reality; uniform gravestones are often seen as a „soul-drain”.

Many are loath to care for graves. And particularly if children have moved away, taking care of a parent’s grave is not always feasible. 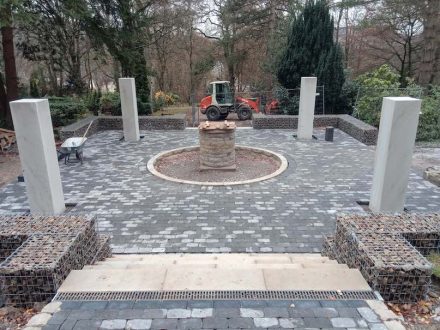 Timothy Vincent sets remembrance at the center of his Well of Eternity. Such a well is surrounded by four steles crafted from natural stone where the names of the deceased can be engraved by a stonemason.

But the people today are notoriously independent: burial can be anonymous without any reference to the person resting there.

The fountain resembles a watering site from times gone by where people could fill receptacles with the life infusing fluid. The rim is made of natural stone – using the same stone as the steles is a natural option.

There is room to sit around the fountain which is equipped with stone benches and plants which the cemetery administration maintains.

Here Vincent has the survivors in mind who should have space to remember or talk. 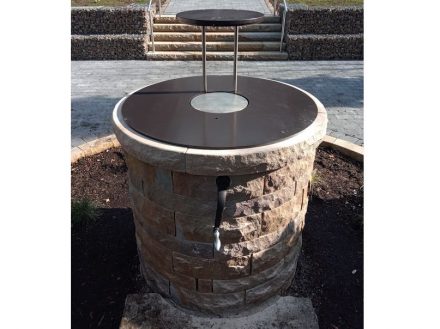 Underneath the fountain lies a 3 m high with a floor of gravel. The urn, made of unburnt clay, is lowered by means of a clever mechanism and gently tipped unto these stones.

In time nature will engulf the ashes and clay.

The fountain is topped with a lid. A crank, locked away when not in use, provides the means of lowering the urn into the well. Other forms of ritual burial are possible.

E.g.: the content of urns whose grave has expired, can be transferred to the eternal resting place of the Well of Eternity which guarantees undisturbed rest for at least as long as the cemetery exists.

Timothy Vincent has taken out a patent on the concept.