Cemetery columns ensure that the names of deceased locals are remembered 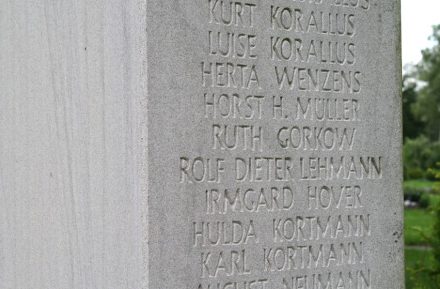 German-English stonemason Timothy C. Vincent came up with the idea of a „history book of the common man“ made of local stone

Timothy C. Vincent calls it a „history book of the common man“, and in fact, his steles are just that: when time runs out for the reserved gravesites in Hagen’s cemeteries, the name of the deceased can be chiseled into a stone column along with the other whose entitlements have run out. In Christian Europe, gravesite entitlements are not sold in aeternum, but merely for a set time, usually 30 years.

It has long been the custom to remember famous persons with an inscription. Stonemason Vincent, the project’s initiator goes one step further: „No-one should be forgotten and disappear into anonymity just because the time on his resting-place has run out.“

The philosophical question ensuing from the project is: will those visiting the graveyard in years to come, faced with a forest of columns and many more names, more respect life, nature, the neighbors..?

Will they even take themselves down a notch or two on the ladder of importance?

One stele is 2.2 m high. Each of its four sides is 45 cm wide. 35 names can be chiseled on each side making the total of those remembered – 140 for each column.

Timothy Vincent introduced the project in 2013 in Hagen-Vorhalle, a suburb of the industrial city not far from Cologne. By now 7 of the city’s cemeteries have introduced the commemorative columns.

More are planned in other communities. 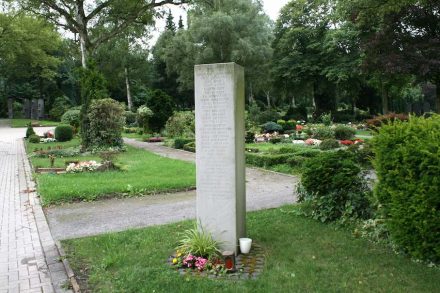 The concept is simple: the steles are made of local stone and are sponsored by local entrepreneurs such as natural stone producing companies, building contractors, undertakers, and even a beverage wholesaler.

The city of Hagen has taken on the task of erecting the stele on a foundation. The city’s economic enterprise (Wirtschaftsbetrieb Hagen, WBH) is very crafty and considering the current crisis in the German interment industry, open to innovative ideas.

Vincent personally chisels the names in the stone for 130 € each. This will not make him rich, particularly when you consider the increasing percentage of hyphenated names.

But that is not his aim. On the contrary, his self-proclaimed goal is to „enforce the cemetery’s as a site of reminiscence“.

At the same time he hopes to promote the stonemasons’ craftsmanship in the public’s view. He achieves this every time he chisels a new name in stone on-site: „People stop and watch and are very interested in what I am doing.“

The names are chiseled „without any decor or ornamentation“ because, according to Vincent: „In death we are all equal.“ 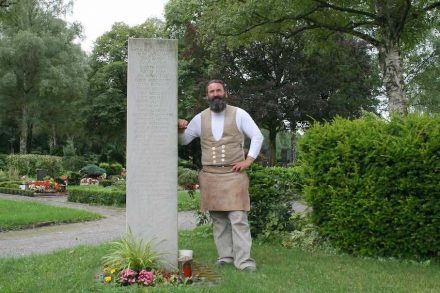 Timothy Vincent was born in England and began his career as a precision mechanic. He then studied materials engineering and finally discovered his love of stone working for a natural stone company in Germany.