Lluc Mir, master drywall mason, based on the Balearic Isle of Mallorca, was awarded the Richard H. Driehaus-Prize for heritage building 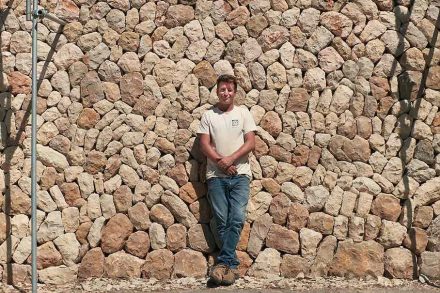 Lluc Mir was awarded one of the Richard H. Driehaus Prizes for traditional architecture. The honor was bestowed for years of commitment to the art of drywalling not least in the capacity of docent. He lives on the Balearic Isle of Mallorca where drywalling has been used in the rural areas for centuries a demarcation.

The US-American Richard H. Driehaus-award is bestowed in various categories for sustaining architecture and heritage constructions concepts. The awards are distributed in Spain.

The section ancient art of construction (Artes de la Construcción) is comprised of four categories, one of which is stonemasonry, which, this year, honored Lluc Mir for his work with a purse of 10,000 €. An equally large purse is bestowed for works in wood, ceramics and other material and also glass and metal. 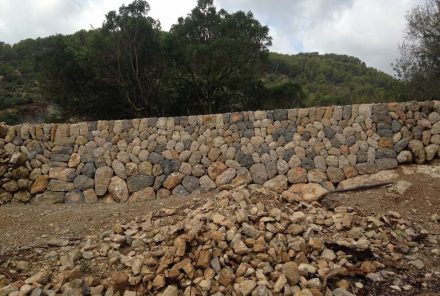 Lluc Mir Anguera is the island’s „maestro marger“, according to the foundation’s webpage, meaning that he plays a central role as consultant for all practical questions concerning drywalling and functions as a docent as well as owner of a company.

He was one of the founders of the committee on the island (Gremi de Margers de Mallorca) and is a member of the expert group for Spain developing a curriculum for the craft.

He was enrolled in the Escola de Margers del Consell de Mallorca himself, where sculpting, ancient stonemasonry (Stereotomy) and Restoration are all part of the curriculum. After his studies he worked in reconstruction of drywalls in farming and became independent in 2002 with his own company. 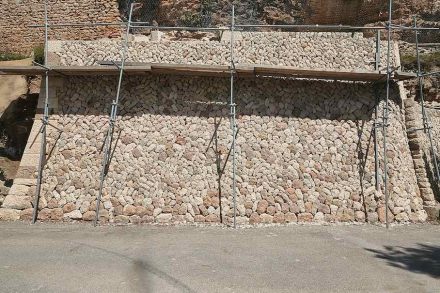 By no means a traditionalist, as one might mistakenly assume, he tells us in a video: „We need scientific proof of what our craft can achieve.“

The craft of drywalling is thousands of years old. It is known to have served as terracing to extend arable surfaces.

Drywalling not only does without any mortar, it also uses material readily available on the field.
It is also perfectly adapted to local circumstances: all around the Mediterranean earthquakes are a common occurrence: stone stacked loosely without mortar can absorb tremors. In contrast to concrete, there is no breakage: should a wall succumb to natural forces, the material remains on location and can be used to readily rebuild the wall.

The art of drywalling was included in the UNESCO list of intangible cultural heritage in 2018. 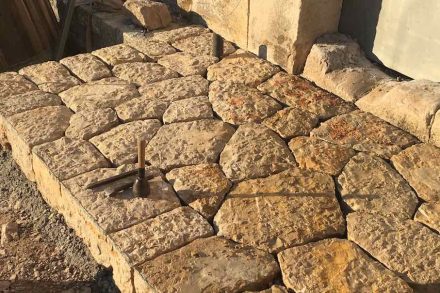