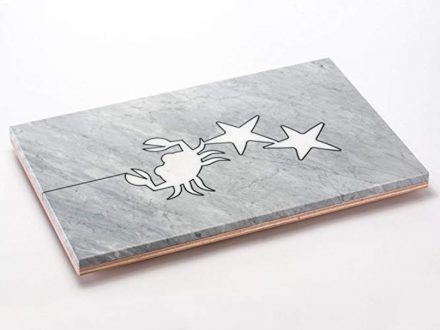 Marvelous little things for everyday usage made of marble are produced by Apuana Corporate, a network of designers and stone companies from the Carrara region. It also works on branding and on the application of modern technologies.

Stone+tec fair in Nuremberg 2020 (June 17-20) has an Early-Bird-Special available until October 31, 2019. Prices and reduction is shown in the application procedure.

Jakarta Stone Fair, which will have its 2nd edition from November 06 to 08, 2019, will be co-located with Konstruksi Indonesia, a construction fair in the Indonesian capital.

Jade plays an important role in Chinese small sculptures. For an auction at September 2019, the webpage of Sotheby’s shows some beautiful pieces.

In Madrid’s north around the Chamartín train station an urban megaproject is planned. 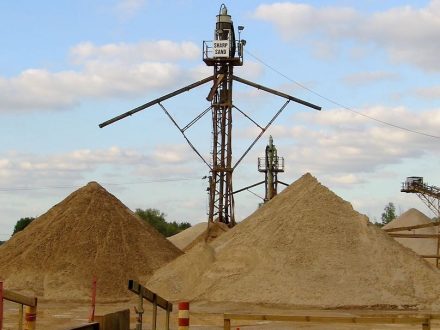 Building sand as aggregate to concrete is scarce worldwide, even if there seems to be sufficient sand in the deserts. In order to make it usable for building, German company Multicon has developed a technology: first, the desert sand is milled so that it is as fine as a flour; from this grains are pressed in the sizes needed for concrete. The company has sold the first production plants to Dubai and Egypt.

Scientists from Tokyo Metropolitan and Ritsumeikan University have found a link between the „roundness“ distribution of tsunami deposits and how far tsunamis reach inland.

In the book „Cut in alabaster: Traditions of Alabaster Sculpture in Western Europe 1330-1530“ Kim Woods tells the story which role this crystalline form of gypsum played in Medieval art (ISBN: 978-1909400269).

Video of the month: A giant pumice raft with the size of Manhattan is floating in the Southern Pacific due to an eruption of an underwater volcano, Nasa reports. CNN has a video of a sailing boat crossing the field of stone (1, video, 2).