WorldSkills 2019 in Kazan, Russia: Quan Zheng is the winner of the gold medal in the stonemasons’ category 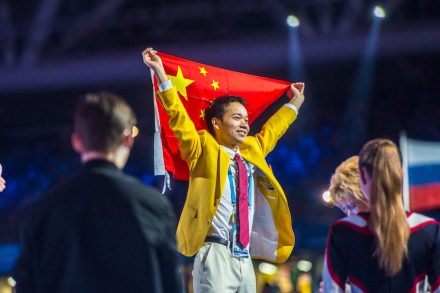 Quan Zheng is the winner of the gold medal in the stonemasons’ category at this year’s WorldSkills competition. He reached 743 points. Silver went to Sebastian Rudolf Wienerroither from Austria (736 points), Bronze to Allan Bontemps, France (735 points). Medallions for Excellence were given for those who had also reached 700 points: Ilmir Saitbatalov, Russia (710), Krisztian Balogh, Hungary (705) and San Lee, Korea(700). 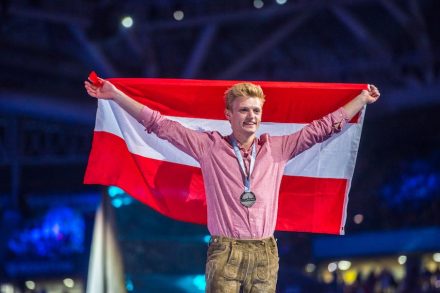 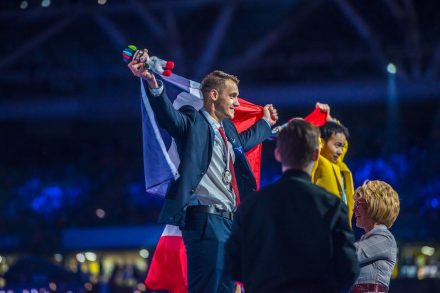 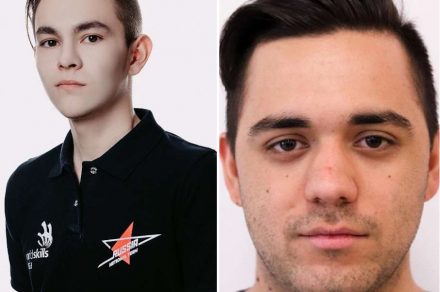 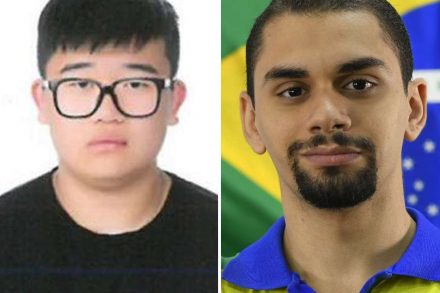 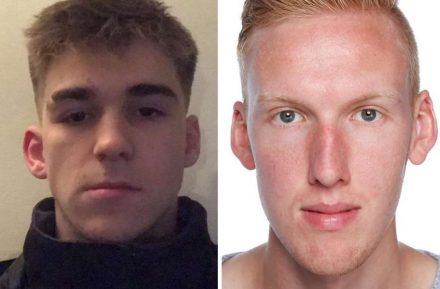 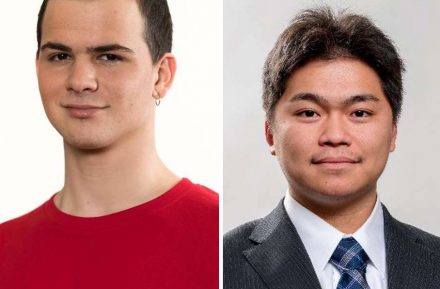 Croatia’s participant had to cancel his participation at short notice. Normally, 12 representatives from one profession are needed that this profession may participate in the competition.

The young professionals until the age of 22 had to perform a practical task at the highest possible standard of craftsmanship within a set timeframe and despite the added stress of visitors’ watchful eyes. „Mistakes are irreversible and very costly. Every part of the process, from working safely through to exceptional precision, accuracy and attention to detail, is important“, the main webpage of WorldSkills describes the profession and the competition.

For the first time, the winner in Architectural Stonemasonry came from Asia.

Even Russian President Putin was present at the spectacular closing ceremony. Before, the country had expressed its appreciation for the event by sending the competition’s flag to the Russian cosmonauts in the space station and back again.

Yet in recent past, voices have expressed criticism about some country’s preparation for WorldSkills: it was said that some of the participants did not exercise the professions in their normal life but were only intensively trained to execute the expected tasks. We will soon report. 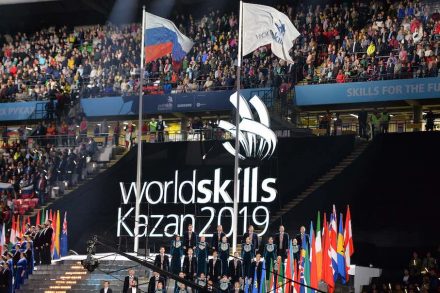 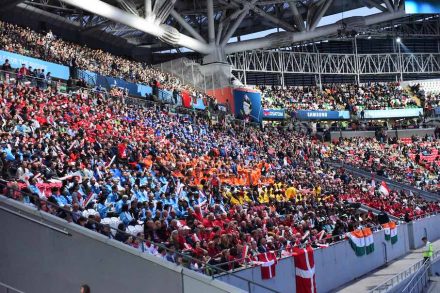 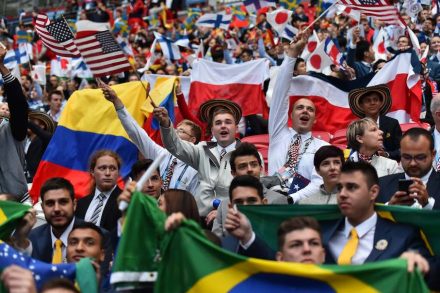 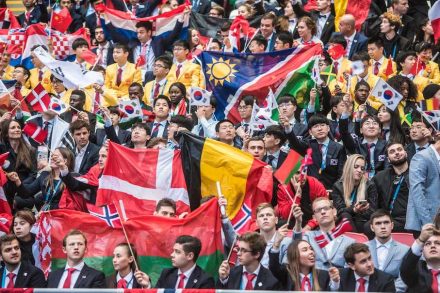 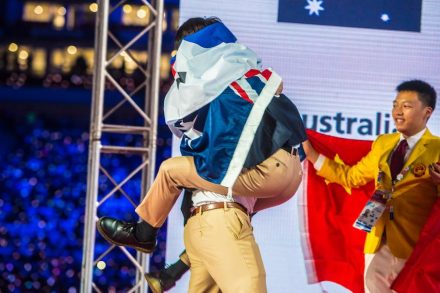 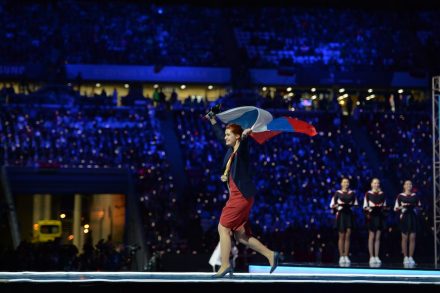 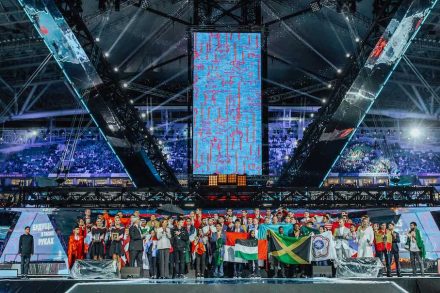