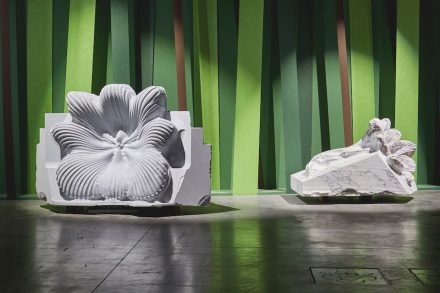 This time the choice falls on Jon Isherwood, „Flourish”:

„Nature is uncompromised in its generosity. To give a natural form to another gesture of kindness. 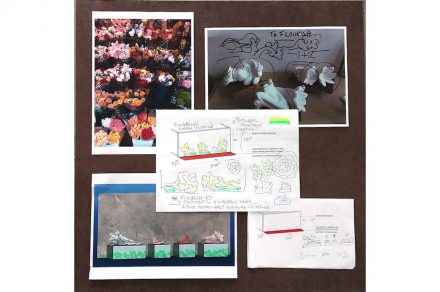 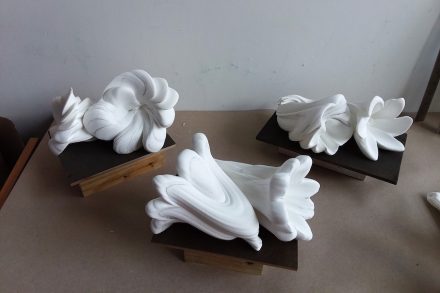 „I will ask the question of how to transform natural forms into nature changes. What happens when a flower becomes stone? We see in petrified forests how the trees became stone. The wood became a fossil from being planted with silica, calcite, Pyrite and other inorganic materials.
The word Flourish means to develop in a vigorous way.
I will explore the transition as the plant flourishes and develop into another material. I will explore the growth and growth of organic patterns. As the flower opens its blooms and exposes its beauty.
I will reveal the beauty of stone through a blossoming of the marble.” 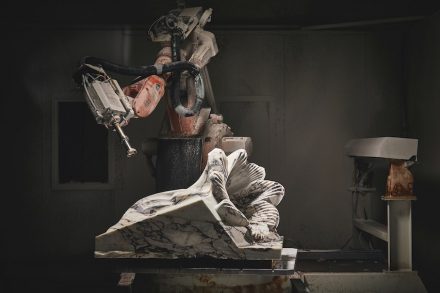 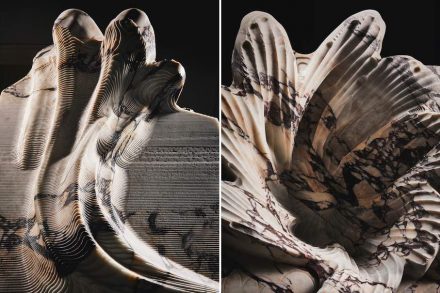 John Isherwood’s work has been exhibited widely in public museums and private galleries all over the world, including the Peggy Guggenheim Museum in Venice, Italy; the McNay Museum, in San Antonio, Texas; and the Kunsthalle in Mannheim, Germany. His work can be seen in more than 25 public collections. Isherwood has completed more than 30 commissions in the private and public sector. His sculptures have been reviewed in The New York Times, Art in America, ArtNews, The Washington Post, Sculpture Magazine, Partisan Review and The Guardian UK. He has been interviewed, among many other, by British broadcasters WAMC Public Radio and The Culture Show, BBC Television. He has held conferences at numerous colleges and universities in the United States, Europe and China. He teaches at Bennington College VT and is President of the Digital Stone Project.