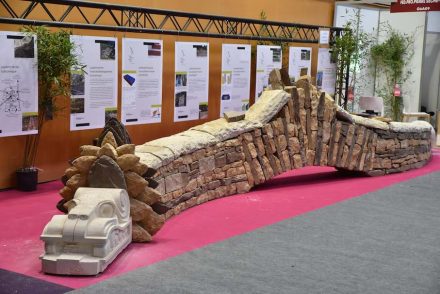 In its 2nd edition, the biennial event in Lyon offered a rich program of creative ideas and registered 13% more visitors

Drystone walls and how to build them are an important topic in garden design with natural stone. French stonemasons demonstrated how this ancient type of wall con be done live at the Rocalia trade fair in Lyon (December 03-05, 2019): they created a snake, which was made entirely without mortar using only limestone and slate from France.

The initiative came from the Fédération Française des Professionnels de la Pierre Sèche (FFPPS, French Federation of Professionals for Drystone Walling). Its members had completed the work before the fair. They were inspired by representations of the Aztec god Quetzalcoatl as a feathered snake. They had an area of 12 x 3 m at their disposal. 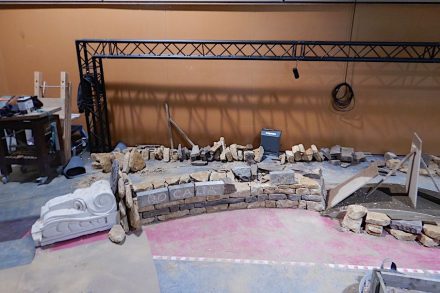 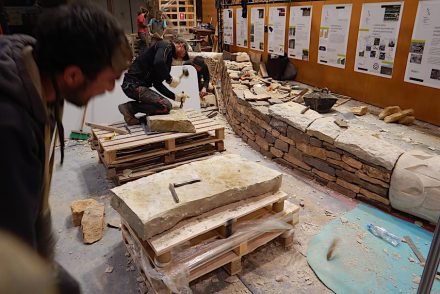 This snake also showed how stable dry masonry is, provided it is executed according to the rules of art: arches are also possible. The Association des graveurs sur pierre (Association of Sculptors) was also involved, whose members applied the letters of the fair name to individual stones. 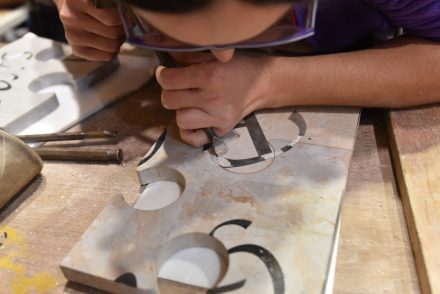 In the context of a talent show, a jigsaw puzzle was also made from natural stone.

The Rocalia is a biennial fair that takes place at the same time as the Paysalia garden fair in Lyon. It is organized by the company GL-Events together with the French natural stone magazine Pierre Actual. Its editor-in-chief Claude Gargi had launched Rocalia after many years without a stone fair in France.

It had already been a great success the first time in 2017, when France’s „natural stone family” (Claude Gargi) came together. This time it had 148 exhibitors representing 256 natural stone brands. The number of visitors was just under 30,000, an increase of 13.2% over 2017.

It should be noted here that a general strike took place on the last day of the fair in France. However, this did not have a major impact on the event, as it affected Paris and the railways the most. For Rocalia, most of the visitors arrived by car, and the exhibition company had provided free parking for them that day.

Other activities at the fair were:
* Presentation of the French Natural Stone Award,
* „Acoustic Shell” by Giuseppe Fallacara,
We will report separately.

Photos from the design exhibition are shown below. 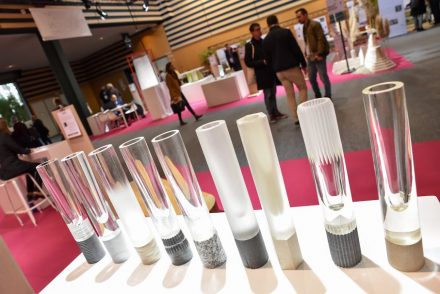 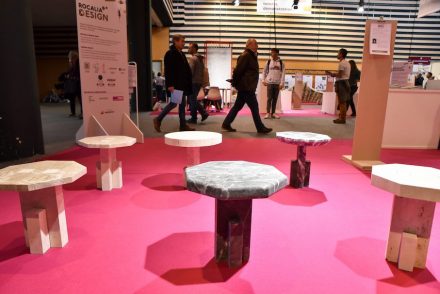 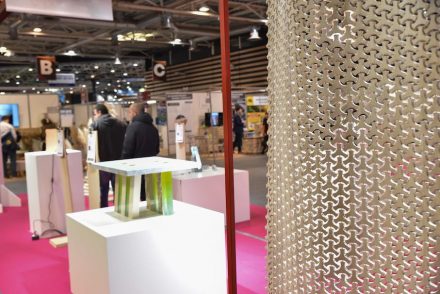 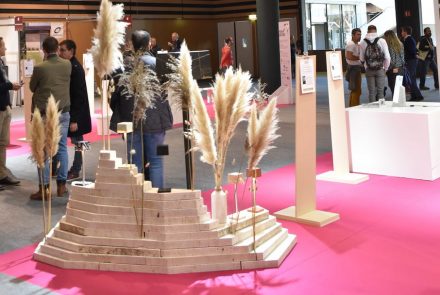