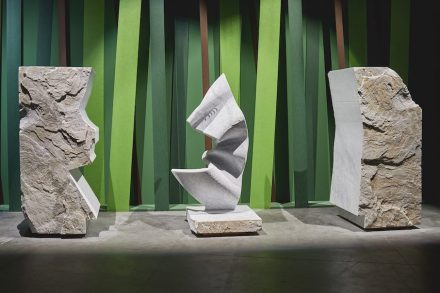 This time the choice falls on Sylvestre Gauvrit: „Under the surface you find the soul” (Sotto la buccia trovi l’anima) 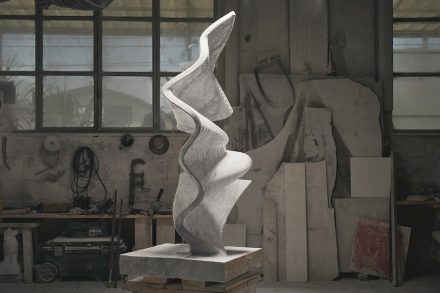 „This sculpture reflects our human naturalness. We are all somewhat ,rough’ at first glance … as rough as the surface of marble used over the centuries for various positive and negative purposes that in some way forge our skin.
Yet inside us, underneath, lies the treasure of our soul. The goal lies in managing to bring out this treasure so that it shines in all its purity. Yet reaching such a form takes a certain degree of discipline, like a warrior of light who has to pass through various, increasingly difficult challenges to find serenity, light, strength and love.
Through this sculpture and this allegory, I hope to remind people that we should never stop at appearances, at the ,skin’, but have patience and curiosity, allowing other people to open up like flowers in spring. Light … Strength … Love. 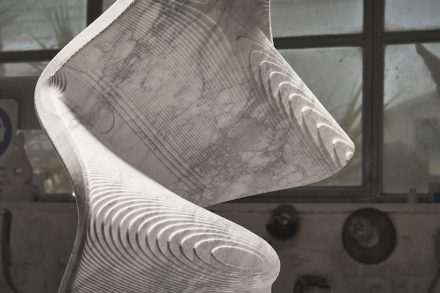 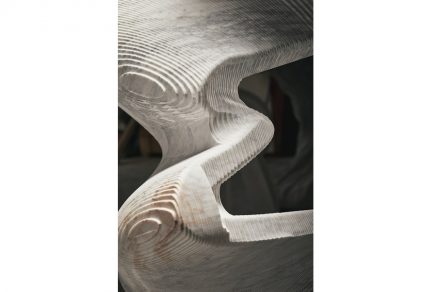 Sylvestre Gauvrit was born in an ancient oak forest shortly before the 1980s, Sylvestre spent most of his childhood climbing trees and observing nature and, later on, surfing waves all over the world. Sylvestre was a sculptor even before he was born, always holding objects and tools in his hands, and boasting an imagination that did rest, as well as being extremely sensitive, perspicacious and rather shy.
He graduated from the Academy of Fine Arts in Carrara and later worked in various art studios in Pietrasanta where he acquired marble carving techniques, especially for monumental works, and he founded his studio where he gave life to his creations. His sculptures are now included in public and private collections in the main cultural capitals of the world, such as Paris, London, Rome, Amsterdam, Hong-Kong, Dubai, Pietrasanta (where he works) and The Hague (where he lives).” 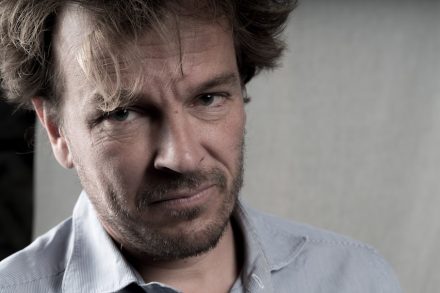