Recycling as a sales argument: Sell natural stone for shop fittings with a deposit like for bottles 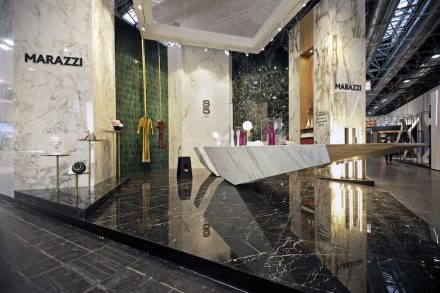 We were at the EuroShop trade fair in Düsseldorf (Germany) (February 16th to 20th 2020), which is considered the world’s leading trade fair „for the investment needs of the retail sector”. We were particularly interested in the subject of shopfitting, where, as is well known, a lot of natural stone is used for floor and wall coverings and for counters and shelves.

The whole of Hall 11 at EuroShop is dedicated to materials. There the well-known manufacturers of ceramic copies of marble presented themselves with elaborate stands. Natural stone was represented only by the Chinese company Xiamen Black White Stone and suppliers of thin stone veneer.

Interesting for us was the observation that the materials at this fair are not only praised for their decorative effect, but even more for their functionality. For example, at the stands, the ceramics were said to be easy to clean and acid-proof, bamboo at one stand was 100% natural and other materials were highlighted for their ability to reduce noise or save energy, and figures were provided to underline their capabilities.

This conjured the question: how would you present natural stone at EuroShop if it wasn’t about the beauty of marble, granite & Co? 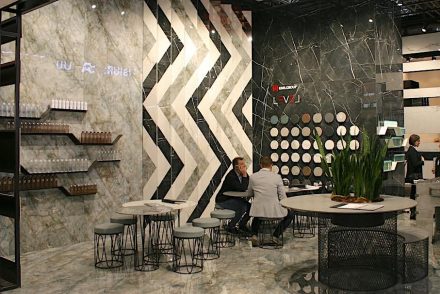 We think: an important property of stone for shop fitting is that it can be recycled. Because on average after a maximum of 9 years the complete redesign of a sales room is due, as a study (see below) shows.

So: If, for example, a floor covering was laid from the outset in such a way that it could be dismantled again a deal could be made in the manner of a bottle deposit: the customer would be guaranteed that the seller would take back the floor covering after the 9 years had expired. In return, the calculation for the sale would include a symbolic surcharge, which the customer would then get back. Of course, he would have to buy the new stone from the same dealer.

The dealer would then refurbish the stone and sell it again. So far, such recycling chains do not exist on a large scale. But if more second-hand natural stone were to be produced, there would be buyers, that’s for sure. This is shown by company models from the USA (see our links below). 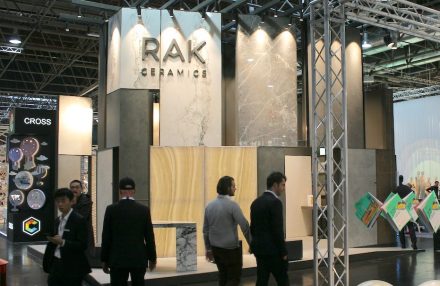 In a total of 16 halls, the focus is on the wide field of retail: you can find clothes hangers for textiles or shelving systems for fashion accessories, as well as refrigerated counters for food, shopping trolleys for the supermarket or robots for storage. Service companies are grouped around it, such as suppliers of cash register terminals and companies for marketing or event planning, to name but a few areas.

We were particularly struck by the new collection of mannequins from the Lithuanian company IDW Display: they were intended to „depict the diversity of people”, as the stand said – not only was there a curvy female mannequin, but also some with freckles. 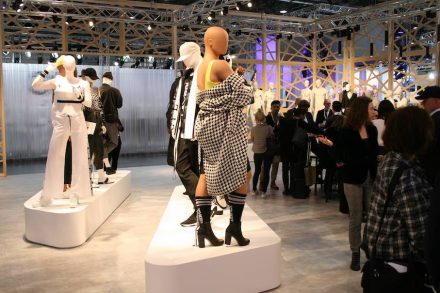 A few industry figures on shopfitting in Germany: „Retail companies are continuing to invest (per year) at a high level in the construction, technology and appearance of their stationary stores with a total of 7.9 billion euros,” according to the „Laden Monitor 2020″ study by the EHI Retail Institute. The expenditure of shops from the fashion sector (textiles, sports, shoes) increased by 21% to 537 €/ m² compared to the last study 3 years ago.

However, during the same period, the cycles for a complete renewal of shops have generally been slightly longer and now range between 9.6 and 8.7 years. In the intervening years „partial conversions and smaller refreshment solutions” are being implemented, according to a summary of the study.

Another finding is that the work of architects in this sector is also changing due to online competition. Today, a shop is no longer visited just to cover daily needs, says Claudia Herbert, head of the research department at the EHI Retail Institute: the customer would be looking for an experience! She redefines the classic Point of Sale (POS: the place where the sale takes place): „Shops must develop from the POS to the Point of Emotion and the Point of Experience”, she writes in an article for the magazine „stores+shops” (01/2020).