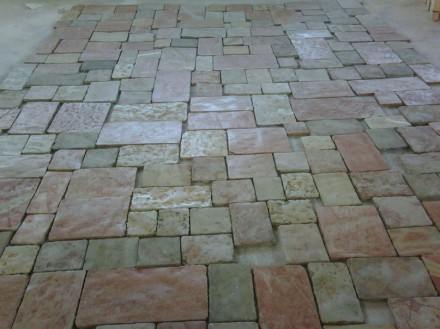 Ilan Ammo cites the children’s song warning grown-ups that „trees and nature are not yours alone, leave some for us to own“ and continues: „if we continue only to import finished products, we will soon destroy jobs and net value added at home.“ Therefore his company, Ismar Marble based near Tel Aviv specializes in recycling waste from stone production as one pillar of the enterprise.

This leads to unusual ideas. E.g. Ismar Marble supplied tiles for a large condominium complex in the USA. These were some 1,000 m² surface area. „The architect and contractor found the color of the limestone so appealing that they wanted remnant pieces to be used for the bathrooms“, according to Ammo. 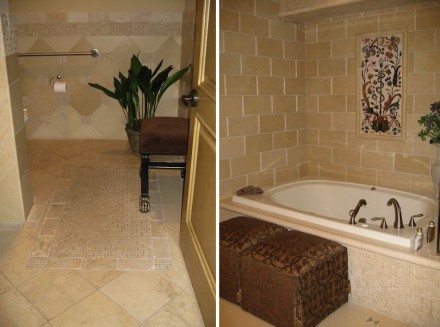 Use of relatively small pieces was made possible because of a flexible design of walls and floors.
Even the tiniest pieces could be put to good use: they served as mosaic stones. However the tile layers were facing a big challenge – and a chance to prove their handicraft skills. 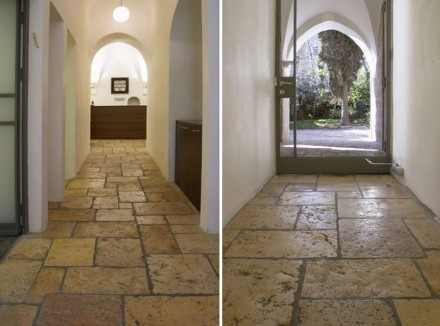 In general recycling is all about re-using bits and pieces from production in Israel and Palestine, where limestone is quarried. Ilan Ammo has created a new line for the purpose: „New Reclaimed“
The reason is that Israel is shutting down depleted quarries but is not licensing new ones. So the aim is to sustain productivity for as long as possible according to Ammo. Particularly since demand for local limestone which is a distinguishing factor of the Holy City and typical of the entire Holy land. 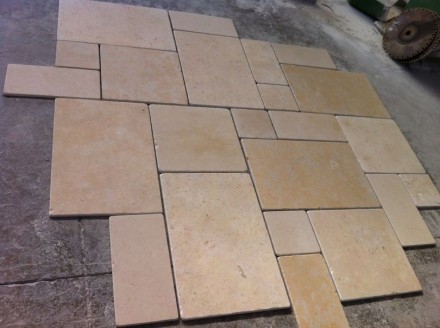 See here a Roman Tile pattern made of remnant pieces. 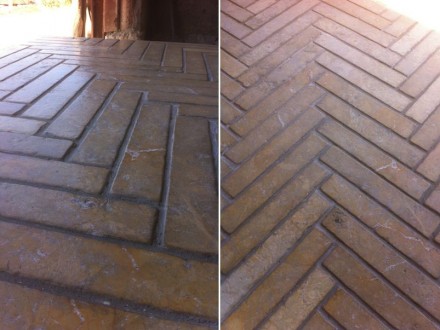 The surface of the pieces is worked in the traditional manner according to the client’s wishes. Tumbled stone is worked with the aid of the usual machinery.

„Prices of reclaimed stone tiles are more or less on par with new tiles“, according to Ammo. The initial acquisition is less costly, however there is more handcraft involved in the finishing process.
The company was founded by Ilan Ammo’s father which began as a mosaic manufacture which is now importing and exporting its wares. Administration is taken care of by Ismar Marble based in Kfar Maas some 20 km outside Tel Aviv. The manufacture by the name of I.A. Shenhav is situated next door in an industrial area. In total the enterprise employs a staff of 30. 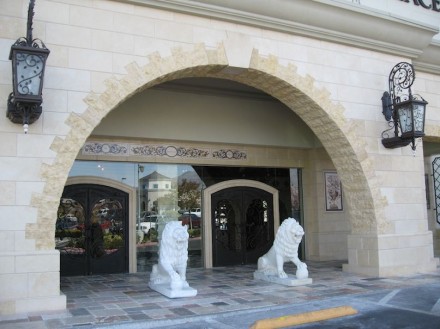