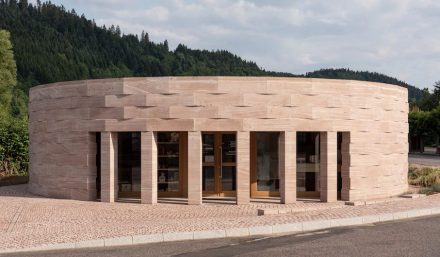 There is no prize money to be won, which probably is why the number of entries is low (but the quality high), this time 22

France’s Natural Stone Prize „Construire en Pierre Naturelle au XXIe Siècle” (Building with natural stone in the 21st century) is the only such prize in the world to be distinguished by the fact that it has a category for innovation. This dominates the character of the entire award, as it is not the sheer mass of stone used in a project or the opulence of the design that is important, but rather the originality of the architecture.

The prize was awarded for the 5th time in 2019 and again at the Rocalia fair, which takes place every 2 years in December in Lyon. The initiators are the SNROC association and the trade magazine Pierre Actual. There is no prize money to be won, there is only the honour and a small sculpture.

This may be the reason why the number of submissions is low: 22 projects were submitted this time – but a significant increase compared to the 18 entries in 2017.

A special feature of the French stone industry is also that massive building with stone is cultivated there: like in a building set, small stone blocks are usually assembled without mortar. This reduces construction time and makes the material a kind of savings account, as the blocks can be reused after the building has been demolished.

The award-winning projects and descriptions are compiled in a pdf. Our thanks to the Trade Magazine Pierre Actual.
Download pdf, 60 MB (French) 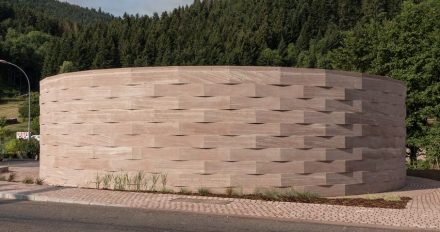 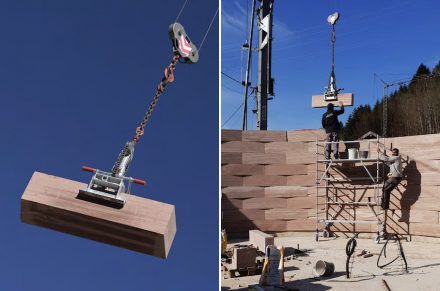 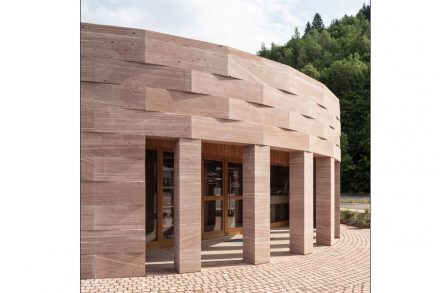 Grand jury prize: Plainfaing Tourist Board, Lorraine Department. The round building has external walls made up of rectangular blocks of stone (35 x 35 x 140 cm). The sloping sides that this creates for the individual parts are no longer a problem for modern CNC-controlled wire saws. The choice of material reflects the surroundings: sandstone on the outside and wood on the inside. The building provides service for the approximately 25,000 visitors who visit the adjacent Confiserie des Hautes Vosges every year.
Architect: Christophe Aubertin Architecte
Stone supplier and work: Carrières de Champenay, Altan Bâtiment
Material: Sandstone Rose de Champenay 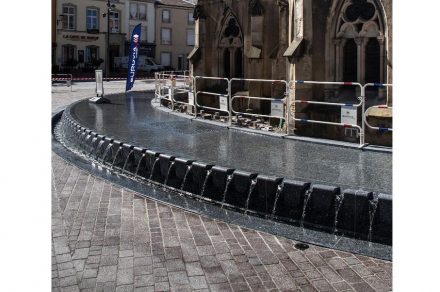 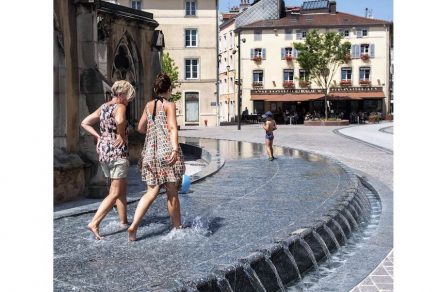 Special Jury Prize: Fountain in the Place de l’Atre in Epinal, Lorraine. In the past, inner-city traffic used to flow around the Basilica of St. Maurice and cars were always parked there. Now the city has paved the square and laid a ring of fountains made of natural stone almost around the church.
Architect: Bureau d’Etude Urbicus, BLD Water Design
Stone supplier and work: Graniterie Petitjean, Eurovia, Lor’Espace
Material: Granite Gris Bleu des Vosges, Granite Rouge Corail de Senones 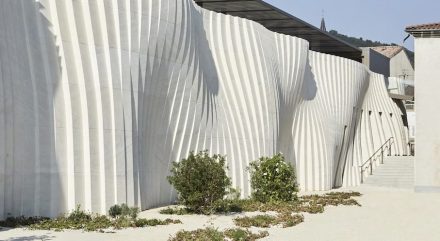 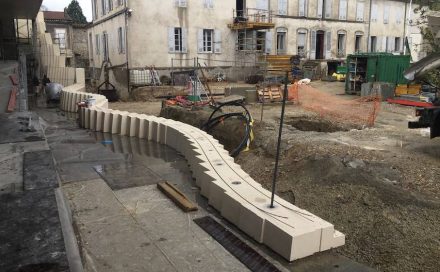 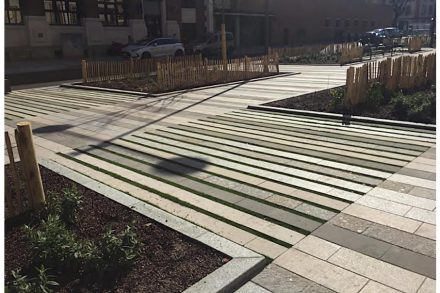 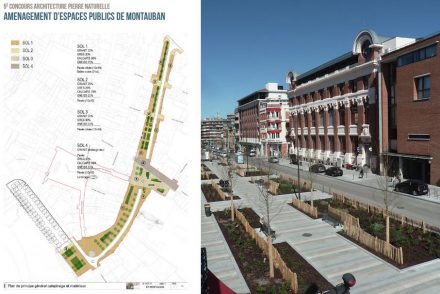 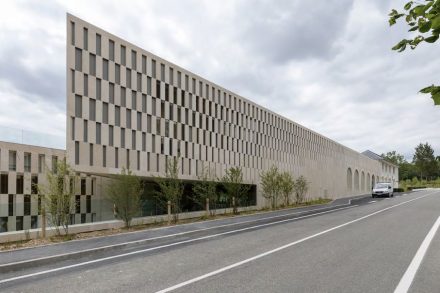 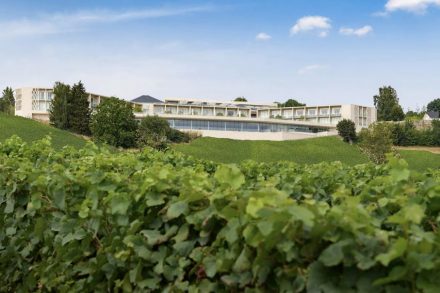