Italy’s natural stone industry officially comes out of the shutdown on May 04, 2020 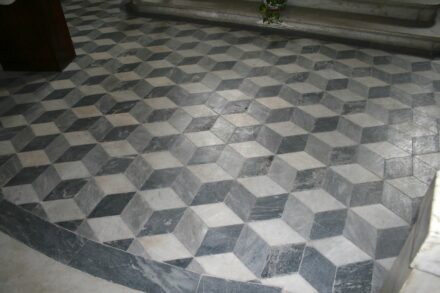 This week there was good news from Italy, which was severely affected by the Covid 19 pandemic: Prime Minister Giuseppe Conte announced an easing of the shutdown for companies on May0 4. It will enable natural stone producers and processors to resume their activities (most had already done so this week).

“Il Marmo riparte” (The marble begins again) was a slogan of the press after the announcement of the Prime Minister. Numerous appeals from associations preceded it, and there had even been joint statements by employers and trade unionists. They had given assurances that the companies would keep the safety distances and ensure that masks would be worn.

For the stone sector, it is comparatively easy to meet those conditions: In the quarry, distances between the workers are easy to realize, and masks are usually used in the processing anyway.

Already at the beginning of the rigorous shutdown 2 months ago, company administrations had been moved to home office. More difficult is the handling of the transports because new people appear on the company premises together with the drivers.

As a reminder, according to Johns Hopkins University, Italy had almost 28,000 deaths related to the Covid 19 virus at the time this article was published.

The provincial authorities and the central government in Rome see export companies as a key to restart the economy. Those firms shall bring new liquidity into the country and create work for other sectors.

In Italy’s stone industry, practically all the major companies are involved in exporting in some way.

Prime Minister Conte also has high hopes for his export industry. In an interview with the daily newspaper La Repubblica he described these companies as “strategically important.”

At the moment, the companies are still processing those orders that they were unable to complete due to the shutdown.

But follow-up projects have often been canceled or postponed.

The central task now is to activate them or acquire new ones. It also applies to other European countries, which are also entering the second phase after Corona these days.

China has been very supportive of its economy in its new start. Domestic companies and foreign investors alike have benefited from tax rebates, fee reductions, and simplified customs procedures, for example, for supplies to manufacturing companies. The economy there is already active again at a relatively high level, as the president of the local stone association explained in an interview with Stone-Ideas.com. China is the world’s largest buyer of rough blocks.

It is unclear what is the situation in the US, which as the largest buyer of processed stone also has a unique role for the new start in the supplier countries. At a webinar of the Natural Stone Institute (NSI) it was said that the demand for stone there has by no means collapsed and that some traders are less concerned about their sales than about the supply from the countries of origin.