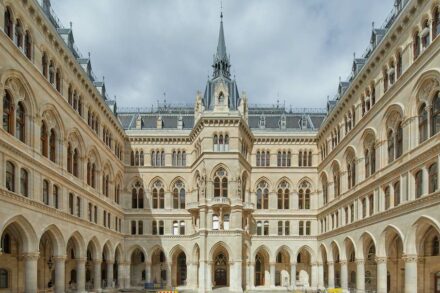 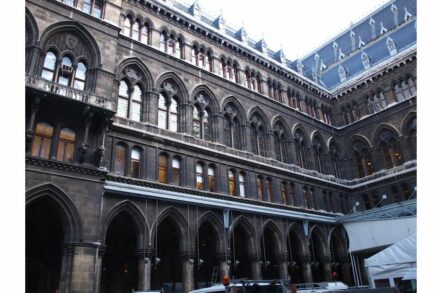 The Federal Association of Austrian Stonemasons has again awarded its annual prizes. This time we present the winners of the monument prize. Recently we presented the tomb prize, soon the award for apprentices will follow.

The 1st prize went to Wolfgang Ecker GmbH for the renovation of the arcade courtyard in the Vienna City Hall. The enormous building ensemble from 1872 to 1883 has a total of 7 inner courtyards, which testifies to the pride of the citizens in themselves and their city, its importance and its wealth. This is clearly documented by the unique natural stone facades: they make use of the play of colours of the local sandstones and show an enormous variety of details without the ensemble appearing overloaded.

After around 130 years, wind and weather had left clear traces on the natural stone. These were and are being removed in a gigantic restoration project. One of the tasks in the arcade courtyard was to repair damage to the ornaments and figures and, in addition, to make the old play of colours come alive again. 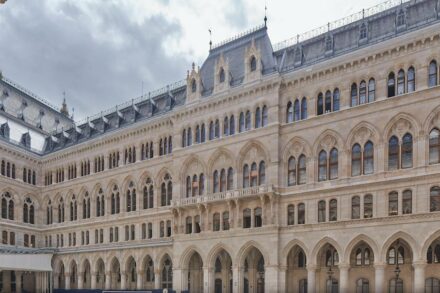 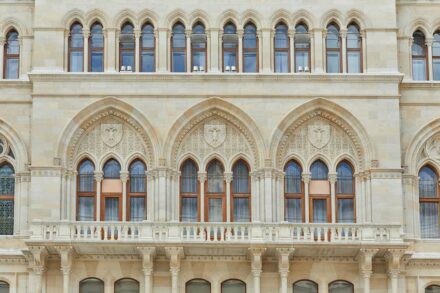 To a large extent, the restorers used the old types of stone, all of which came from quarries within a radius of 70 km around the city. Where workpieces made of the soft Zogelsdorf stone were badly damaged, they were now replaced by the more resistant St. Margarethenian stone.

We will present the project in more detail soon. 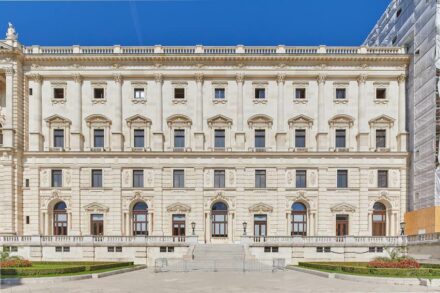 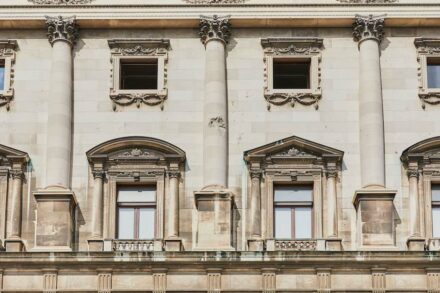 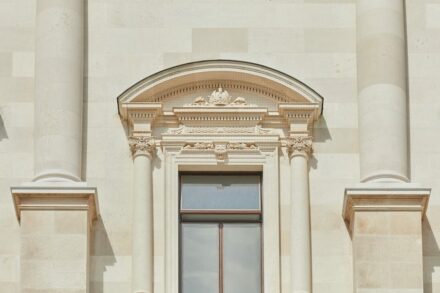 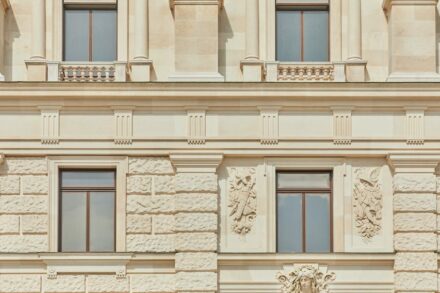 Second place in the 2020 Historic Preservation Prize is shared by two projects at the Vienna Hofburg. It was the residence of the Habsburg kings and emperors and is a huge complex that has grown over many centuries. One of the prize winners was Schreiber und Partner Natursteine GmbH for the restoration work on a southern wing of the complex, the so-called Neue Burg. For the first time after the war, its façade was renovated. For this purpose, all the stones were carefully cleaned, missing parts were added, and war damage was repaired. Since the completion of the work, the fine details of the building components and ornaments have once again been impressively shown to advantage. 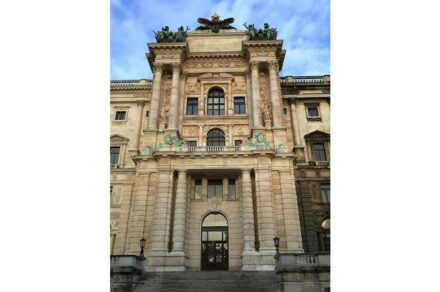 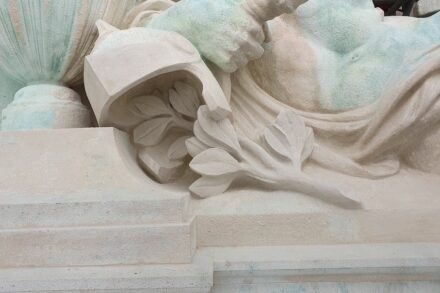 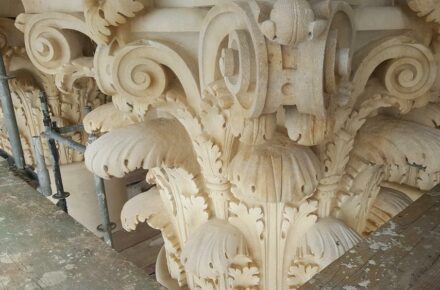 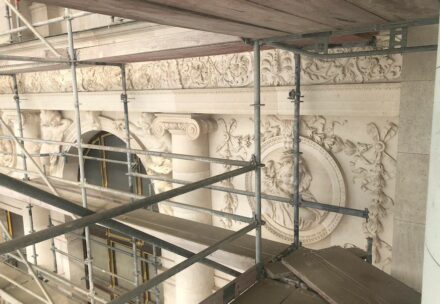 A further prize winner was the consortium of stone restorer Bruno Rey from Stockerau and Emanuel Schaden from the master stonemason Johann Schaden GmbH for the restoration of the central risalit on the same façade of the Neue Burg. 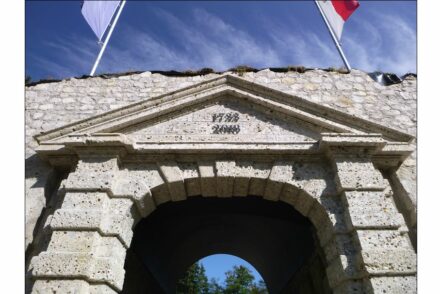 The 3rd place went to master stonemason Erich Reichl, who had carried out the restoration and partial reconstruction of the horn works at the Ehrenberg castle ruins. 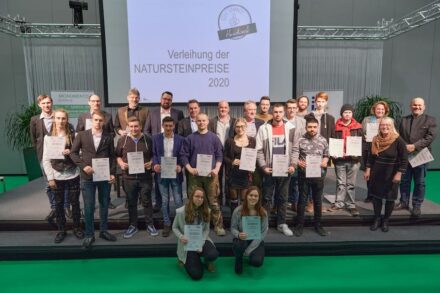