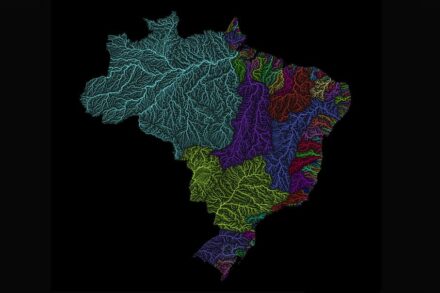 US-company Grasshopper Geography edits maps in color and produces great murals, like our picture showing the big rivers of Brazil.

Belgian stone group Brachot has acquired parts of Italian Marmi e Graniti, before: Marmi Bruno Zanet. The new site near Verona shall serve to “distribute its blocks, slabs, tiles and projects in natural stone, ceramics, terrazzo, quartz, and marble composite swiftly all over the world”, as said on the company webpage (1, Italian).

Antolini from Italy has consolidated its presence in Japan and entered a partnership with Sekigahara Stone Co. Ltd which is located in Fuwa which is well connected to the centers in Kyoto and Nagoya (Italian).

“Fast Complexity“ is a concept by ETH Zürich to reduce the volume of concrete needed for a building. With 3D-printers, applied molds can be formed for every situation. First, the building itself is digitally optimized in its forms.

The French webpage Envie de Pierre has a report (in French) about drystone walling with beautiful photos. 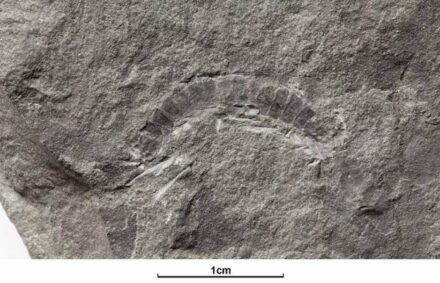 A 425-million-year-old millipede fossil from the Scottish island of Kerrera is the world’s oldest “bug” – older than any known fossil of an insect, arachnid or other related creepy-crawly, according to researchers at The University of Texas at Austin.

The city of Grapevine in Texas has installed a granite kugel fountain depicting a global map with a star representing the town’s location.

The US Department of Homeland Security announced a special new task force to protect historic monuments, memorials, statues, and federal facilities across the country, some of which have been criticized for glorifying the country’s racist past.

Calcium Carbonate Mineralization by bacteria is an idea to protect calcareous stones like marble from environmental pollution. A report by scientists from the Department of Biology, University of Florence gives an overview of the state of the art.

Reuters news agency has published a report about the village Sagyin in Myanmar, which is a center of stone sculpting. The photos show artisans working in the dust without any silica protection.

Silicosis can continue to worsen for engineered-stone workers for years after being on the job, according to a study, Stone Update magazine reports.

Sockets and plugs made of concrete are a product by Hungarian Sekhina company.

Video of the month: Drone flight through the Dolomites in the surroundings of Lago di Braies. From 01:00 there are great shots of rocks. And right away the Matterhorn from very close (1, 2).