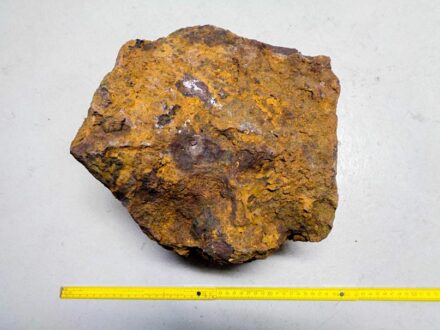 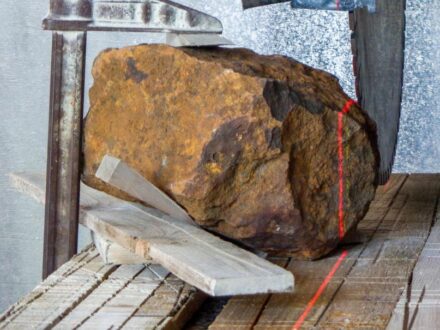 Even in science, chance sometimes produces more thrilling discoveries than the most ambitious plans. And sometimes, it is a stonemason who has the right tool the bring research ahead.

The story: In 1989, a homeowner was digging a cable trench on his property in Blaubeuren, in the German region of Swabia, when his spade hit a rock measuring 28 by 25 by 20 centimeters. Upon lifting it half a meter to the surface, he found that it was remarkably heavy. He held a magnet to the rock and confirmed that it contained iron.

The angular boulder was then left lying in the garden for decades. Only 31 years later did it occur to the finder that it might be a visitor from space. In January 2020, he reported his find to the Institute of Planetary Research at the German Aerospace Centre (Deutsches Zentrum für Luft- und Raumfahrt; DLR).

For scientific analysis, a small part of the stoney body had to be cut off – yet the experts had no tool with the size needed. Finally, DLR-Professor Dieter Heinlein found the workshop of master stonemason and sculptor Peter Fraefel from Mindelheim in Allgäu. After intensive planning and preliminary discussions a 576 g corner of the meteorite was sawn off. The diamond saw was set on 30 May 2020. 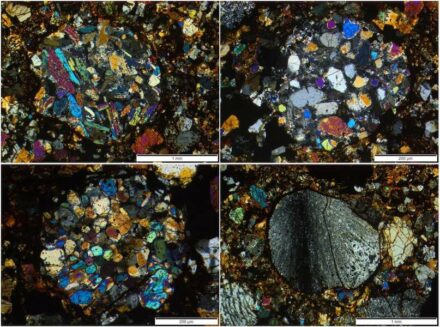 With this piece, chemical and mineralogical analyses were carried out in three different, specialist laboratories – albeit very discreetly, as Dieter Heinlein and the DLR suspected that the find might cause quite some excitement.

The results revealed that the rock had become weathered after falling onto the Swabian Jura. This confirmed that ‘Blaubeuren’ was definitely Swabian.

One of the aims was to find out roughly when it fell to Earth. Judging by its weathering, this could have happened several centuries ago. 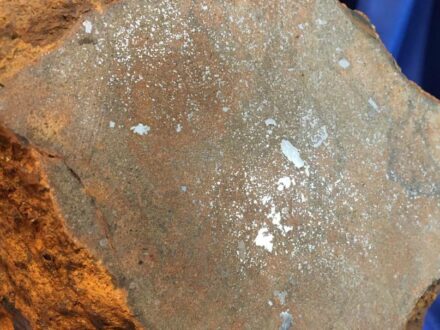 The scientists also analyzed the chemical, mineralogical and petrological composition of the object. ‘Blaubeuren’ is obviously a breccia, in other words a rock that has been created by the agglomeration of a number of fragments,” explains Professor Addi Bischoff from Münster University. “In the past, the Blaubeuren meteorite experienced at least one violent collision. We often see this with such H4 and H5 chondrites.”

Under the surface lies the iron and magnesium silicate olivine, which makes up almost three quarters of the mineralogical constituents of the stone. 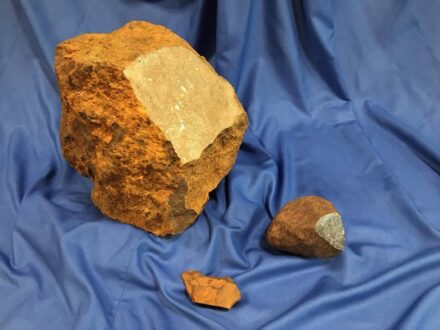 Following these investigations, on 16 June 2020, ‘Blaubeuren’ was submitted to the Meteoritical Society’s Nomenclature Committee, which documents all meteorite finds and falls worldwide. Only three weeks later, on July 07, the Society confirmed in its bulletin that this find had been recognized as a meteorite. It has been officially named ‘Blaubeuren’ after the place where it was discovered, the small medieval town of Blaubeuren, 17 kilometers west of Ulm. With its 30.26 kg it is the biggest celestial body ever found in Germany.

Meteorites play a hugely important role in the study of the early development of the Solar System. They arrive on Earth of their own volition and ‘free of charge’. Most of them originate in the asteroid belt between Mars and Jupiter before their orbit is disrupted, putting them on a collision course with Earth. They enter the atmosphere at high speed so, even if they were originally large masses of rock or iron, often only a small remnant actually hits Earth as a meteorite. For now, Blaubeuren will remain with its finder, but ultimately the owner wishes Germany’s largest stony meteorite to be on permanent display in a museum.

Bulletin of the Meteoritical Society