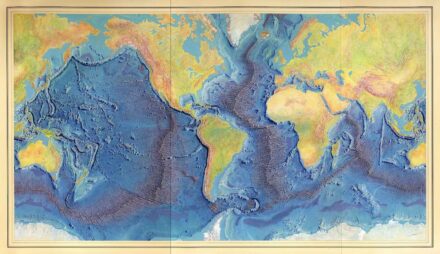 The famous World Ocean Floor Panorama, published in 1977, was based on Marie Tharp’s (1920-2006) work in global seabed mapping. On occasion of the 100th jubilee of her birthday, ArcGIS StoryMaps published a webpage giving information about the US-scientist.

Claude Gargi, editor-in-chief of the French trade magazine Pierre Actual, normally a very polite and friendly person, shows himself not amused about an extension of the Paris streetcar system: in the editorial of his magazine (July/August 2020) he mentions that Spanish granite was chosen, although there had been offers from French suppliers. There was no need to wash away the good arguments for stone from France such as climate aspects or domestic jobs – “if the members of the Paris streetcar administration had had ‘cojones in their pants,’” he switches into the Spanish language to express his anger (French).

The Turkish natural stone company Ataymer has expanded its activities by a completely new business field, namely the breeding of Roman snails (Helix Aspersa Muller), as the magazine Marble Trend reports in its online edition. The big business is not to be made by the exclusive food for the cooking pot, but with cosmetics for the skin. Their basis is the slime of the animals. Co-boss of the company is Mrs. Gamze Atay (Turkish, 1).

On Form, the stone sculpture presentation at Asthall Manor in the UK, is unlocked and will remain open until October 01, 2020. On that day, the organizers will stop selling the works from the open-air exhibition and start to organize the next On Form. It will break the biennial tradition and will be held from May 01 to 30, 2021.

Stefano Porcellini has left the position of Biesse Group’s General Manager with effect from September 01, 2020, maintaining the position of member of the Board of Directors until the natural expiration, the company informs.

Unesco has launched an apprenticeship initiative for marble, stone, and alabaster carvers, supporting 7 small to medium enterprises in Mosul, Afghanistan. The initiative is part of the project “Reviving Mosul and Basra Old Cities”. 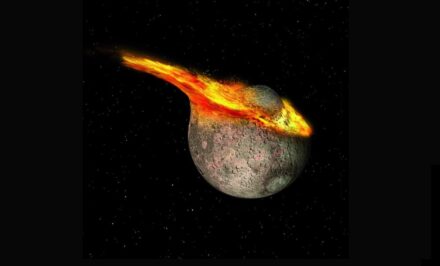 The Moon formed about 100 million years later than previously assumed. Our celestial neighbor was created about 4.425 billion years ago when a Mars-sized protoplanet collided with the young Earth and was destroyed, scientists of the German Aerospace Center (DLR) and the University of Münster have found.

Braxton-Bragg has changed its name to BB Industries to express its growth.

British Stone Specialist magazine has put its issue of September 2020 online “free-of-charge and available to everyone throughout the pandemic, as we strive to keep access to the magazine as easy as possible for you all, including those of you who are self-isolating or working at home.”

“Castles: Paintings from the National Gallery, London” is the title of an exhibition at the Sunderland Museum & Winter Gardens until November 15, 2020, showing paintings of real buildings and imaginations.

“Henry DiSpirito: Stonemason to Sculptor” is an exhibition at the New York State Museum, Albany until January 31, 2021. The trained stonemason and bricklayer emigrated from Italy to the US in 1921 and became known for his sculptures and paintings. The DiSpirito family donated a collection of 9 sculptures and several paintings to the museum.

Video of the Month: A quarry by Pimar Limestone company was one of the venues for the 2020 music festival La Notte della Taranta in Apulia in Southern Italy. The video shows dancer Sharon Eya, well-known from the Israelian Batsheva Dance Company. As to the atmosphere in the quarry, she says: “It is very honest, very straight, almost rude” (video, 1).