Ecological building with natural stone and wood: Extension of a retirement home in France by Studiolada Architectes 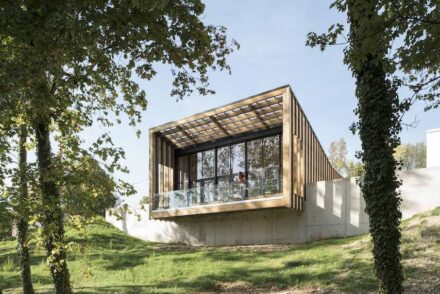 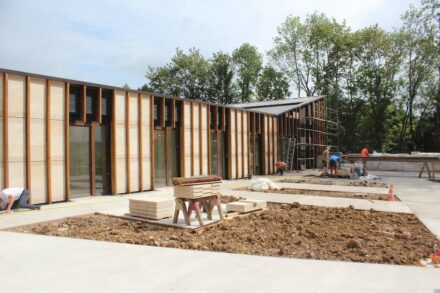 Natural stone and wood are two materials that are 100% natural and no CO2 is released during the manufacturing process. Because: both are naturally present and/or grow again. Consequently, it makes ecological sense to construct a building from them.

An almost revolutionary idea has now come from the architects’ community Studiolada, based in Nancy in the east of France not far from the border with Germany: for an old people’s home in the nearby town of Vaucouleurs, the planners developed an exterior wall made of timber framing with stone slabs in front of it. The aim was not only to achieve good ecological values with the construction, but also to give the building a feel-good expression rather than the appearance of a hospital.

“Our elderly simply have a sense for noble materials, light and proportions,” write architects Christophe Aubertin and Eléonore Nicolas.

The extension building houses, among other things, a common room, which can be resized with sliding partitions, and some offices. There is a wide view from one side of the building. “The old people enjoy the view of the landscape,” says a press report.

Of course, both wood and stone were only used from the area. Inside there are a few walls of dark exposed concrete, which are necessary for stability. 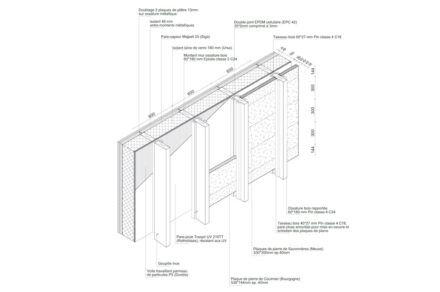 The outer wall consists of 2 parts: to the inside of the building there is a wall made of timber framework. It is made of beams covered with plasterboard, between which the thermal insulation is placed.

To the outside there is a wall of stone slabs in front of it and connected to the frame behind.

In a way, it is a ventilated façade. However, here the stone slabs are – unlike usual – not attached to a wall, but placed in front of it in a self-supporting manner. 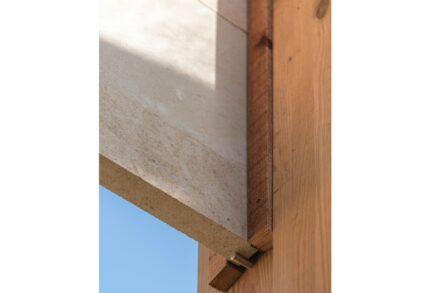 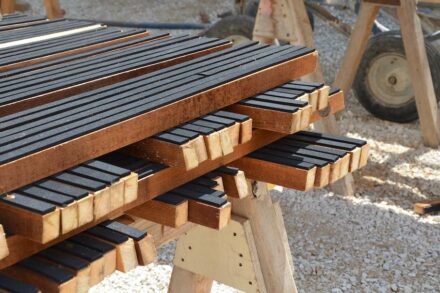 The stone wall is constructed in a very simple way: the 4 cm thick slabs are stacked in rows, each 60 cm wide. Five slabs optically form a unit, which is composed of a dark and narrow stone slab of 14.4 cm height at the top and bottom and three light ones of 30 cm height between them. A hollow joint between the units allows air to circulate. 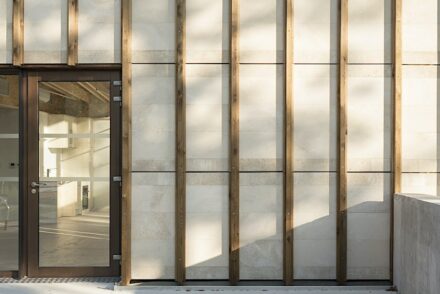 Two types of limestone were used: above and below the darker and harder Pierre de Coulmier from nearby Burgundy, in between three times the lighter Pierre de Savonnière from the immediate surroundings. 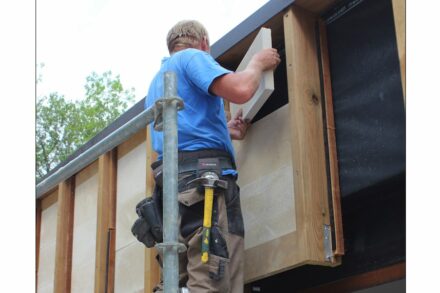 Mounting and dismounting the panels is easy.

The wood-stone construction had to pass numerous tests. Among other things, the maximum expansion of the wood, its behavior in moisture, the best connection between wooden beams and stone slabs was examined.

Many technical details required extensive clarification in order to obtain official approval (Atex) for the construction. A journal for timber construction writes: “There were countless working sessions at the testing authority and in the testing laboratories, plus about 100 pages of calculations, drawings and technical sheets.”

But the effort was worth it: “We now have official approval for our construction and a reference building,” write the architects.

As far as the cost of the wood-stone construction is concerned, the building has shown that
the costs are only half of those of reinforced concrete walls to which the stone slabs are attached.

The architects now want to develop the idea further and also obtain approval for other types of stone. However, the regional reference should not be lost: the materials and the executing companies should come from the respective region – the architecture must promote the local economy, so the credo.

Last but not least, one of the objectives is to present Lorraine (Greater Grand Est), which is located far from Paris, as a source of innovation.

In 2019, the building was be awarded the prize for building with wood in the category “Communal Living”. 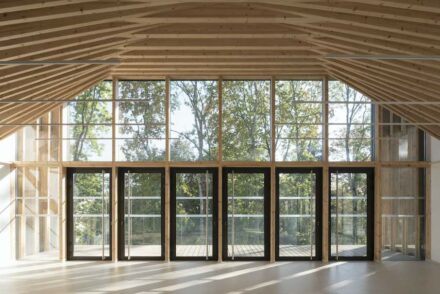 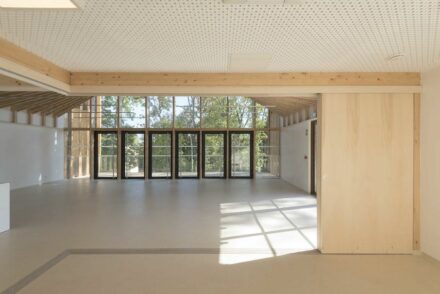 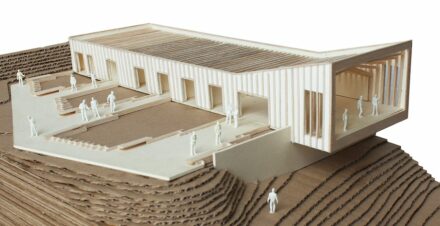 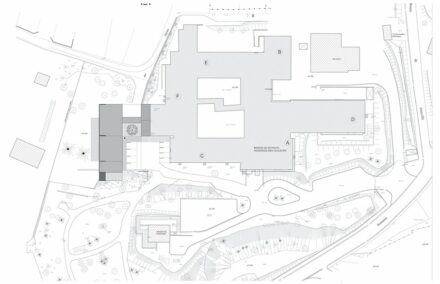