Global climate: desert dust caused the end of the “Green” Sahara and led to a megadrought far away in Southeast Asia 4,000 to 5,000 years ago 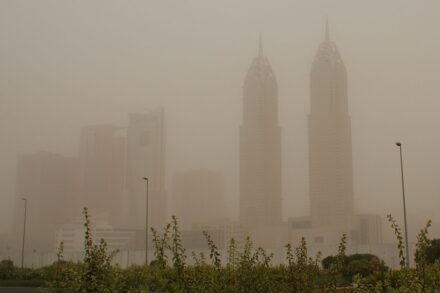 Physical evidence found in caves in Laos helps tell a story about a connection between the end of the Green Sahara – when once heavily vegetated Northern Africa became a hyper-arid landscape – and a previously unknown megadrought that crippled Southeast Asia 4,000 to 5,000 years ago.

In a paper published in Nature Communications, scientists at the University of California, Irvine, the University of Pennsylvania, William Paterson University of New Jersey, and other international institutions explain how this major climate transformation led to a shift in human settlement patterns in Southeast Asia, which is nowadays inhabited by more than 600 million people.

“In this study, we provide the first proof for a strong link between the end of the Green Sahara and Southeast Asian monsoon failure during the mid- to late Holocene period,” said co-author Kathleen Johnson, University of California (UCI) associate professor of Earth system science. “Our high-resolution and well-dated record suggests a strong connection between Northern Africa and mainland Southeast Asia during this time.” Other scientists involved in the research came from University of Pennsylvania, William Paterson University of New Jersey, and international institutions.

To create a paleoclimate record for the study, Johnson and other researchers gathered stalagmite samples from caves in Northern Laos and measured their geochemical properties of the oxygen and carbon isotopes, carbon-14, and trace metals. These data were combined with climate model simulations.

The modeling experiments suggested that reduced plant growth in the Sahara led to increased airborne dust that acted to cool the Indian Ocean and shift the Walker circulation pattern eastward, causing it to behave in ways similar to modern-day El Niño events. This ultimately, led to a massive reduction in monsoon moisture across Southeast Asia that lasted more than 1,000 years, according to Johnson.

Anthropologists and archaeologists have previously studied the effects of the demise of the Green Sahara, also known as the African humid period, on population centers closer to Western Asia and North Africa, noting the collapse of the Akkadian Empire of Mesopotamia, the de-urbanization of the Indus Civilization (near present-day Pakistan and India) and the spread of pastoralism along the Nile River.

But the link to the origin of the Southeast Asia megadrought and lifestyle pattern shifts in the region had not been previously investigated, according to lead author Michael Griffiths, professor of environmental science at William Paterson University of New Jersey.

The researchers suggest that the centuries-long megadrought corresponds to the “missing millennia” in Southeast Asia between 4,000 and 6,000 years ago, a time characterized by a noticeable lack of archaeological evidence in interior Southeast Asia compared to earlier and later portions of the Holocene.

They propose that the mid-Holocene megadrought may have been an impetus for mass population movements and the adoption of new, more resilient subsistence strategies – and that it should now be considered as a possible driver for the inception of Neolithic farming in mainland Southeast Asia. 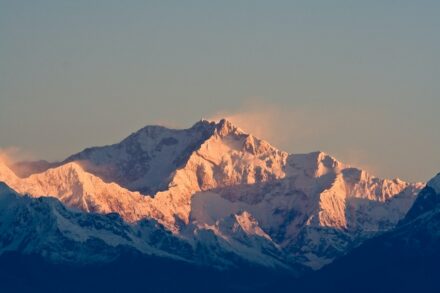 Dust blowing onto high mountains in the western Himalayas is a bigger factor than previously thought in hastening the melting of snow there, researchers have found. That’s because it absorbs sunlight, heating the snow that surrounds it. The process, partly based on winds from Africa and the Near East, plays an important role in the timing of snowmelt in the region, where more than 700 million people receive their freshwater from the mountains.
https://www.pnnl.gov/news-media/dust-dampens-albedo-effect-spurs-snowmelt-heights-himalayas