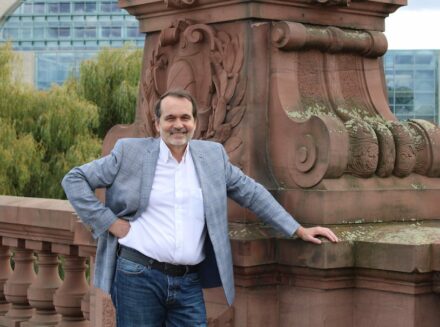 Recycling is a major topic in materials management. For some time now, for example, the competitors of natural stone, i.e. engineered stones and quartz composite and ceramics, have been constantly pointing out that high percentages of their materials come from recycling.

Natural stone, which is by its very nature predetermined, can counter this argumentation by pointing out that, for example, its floor tiles can be reprocessed and reused.

This time we want to focus on the recycling of leftover pieces from processing. There have been examples of this for a long time, but it is worthwhile trying to trace structures in this field of recycling.

We noticed a while ago that there is a new variety of geometries in natural stone tiles – not only more types of rectangles can be found on the floor and walls, but also all kinds of triangles, of trapezoids or polygons. At the “Marble” trade fair in Izmir 2018, we noticed this time, and before that we had already reported on examples also on exterior facades.

The game with geometry, which has become world-famous in Islamic art, can also be broken down to the recycling of leftover pieces from natural stone production.

Some companies are already doing this, for example Grassi Pietre from Italy.

A prerequisite for working with waste is a well-known idea from recycling, which we would like to present again here – using the example of the washing machine: the engineers already have the later dismantling in mind when designing it.

For the recycling of natural stone residues, this means that the recycling of this waste is already taken into account when cutting slabs, for example. This can mean that there are more cuts than necessary, but there are fewer cuts when the leftover pieces are reused later.

One thing is certain, as usual with recycling, that a lot of manual work is required. But that only makes such products more expensive at first glance – because the material costs nothing.

After all, the concept pays off in that a brand can present itself as environmentally friendly. Some stone companies already advertise that they recycle 100% of the material from their quarry. 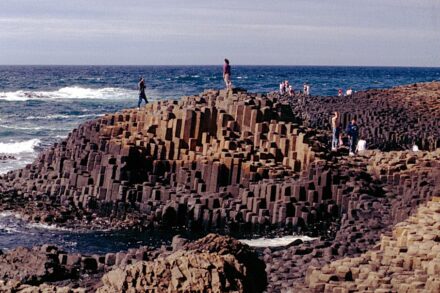 By the way: even nature seems to love geometry. Under certain conditions, volcanic lava cools down to form hexagonal columns, which in the past were often associated with the work of the giants. A well-known example is the Giant’s Causeway in Northern Ireland. 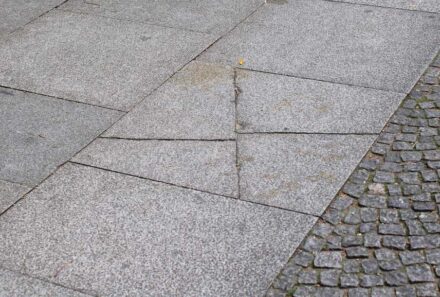 Our photo shows a sidewalk slab made of granite. 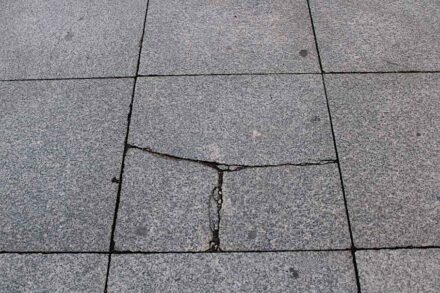 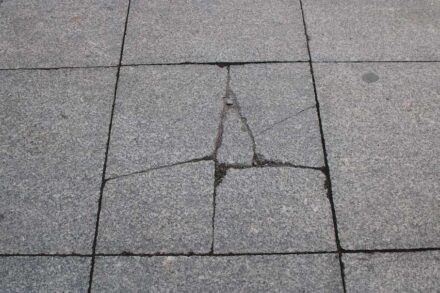