Marble trade fair in Izmir 2018: rediscovering the treasures of geometry 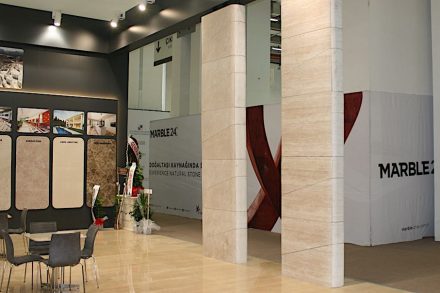 We will not proclaim a new trend, but: at the Marble trade fair in Izmir (March 28 – 31, 2018), there was a handful of Turkish companies which showed façade claddings other than those boring rectangles which have been the fashion in architecture since the 1960ies. We saw trapezoids, parallelograms, also triangles as if the designers suddenly had rediscovered the wide field of geometry and its treasures.

Please note: These forms have been standards for tiles or in mosaics since a long time, yes. But the pieces shown are meant to be used in bigger sizes at façades or interior walls.

We had reported about the vanguards (see links below). 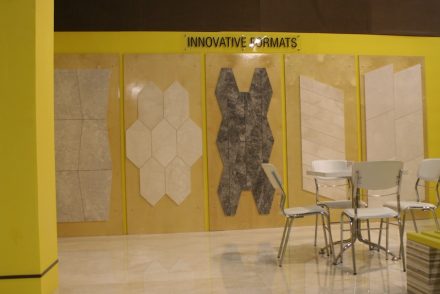 Interesting to see: e.g. Ionic company had given its booth the title „Innovative Formats“. Other companies showed geometrical variations in a less prominent way – but they presented them!

In our coming issues, more detailed reports about this year’s 24th Marble fair will follow. 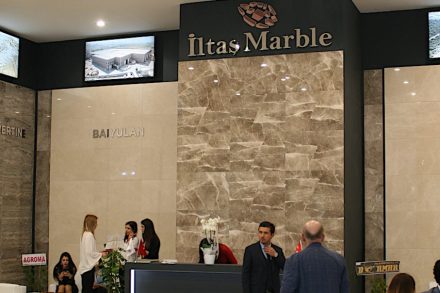 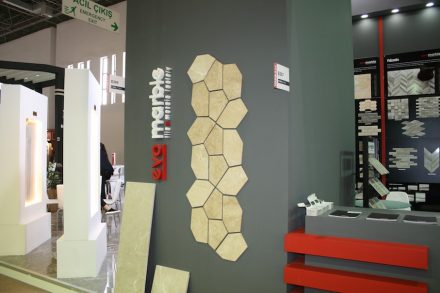 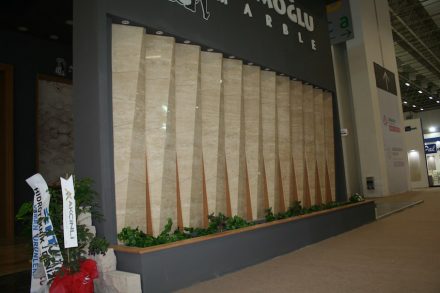 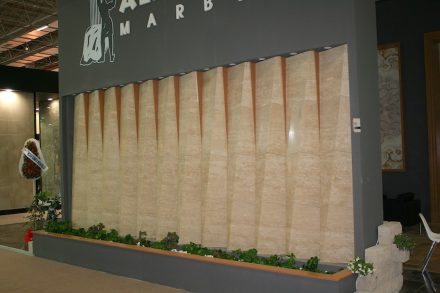 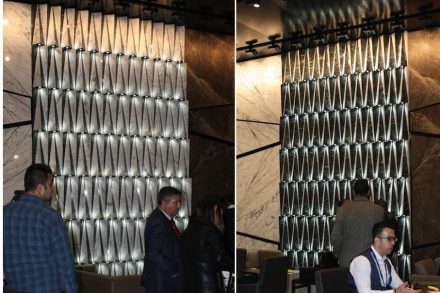