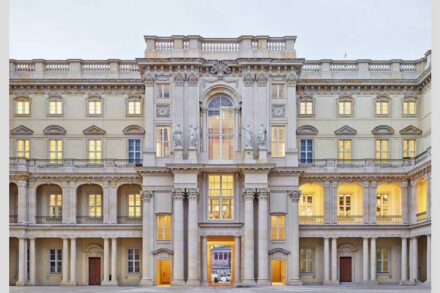 During the past years, the new building was probably the largest natural stone construction site in Europe with 9000 m³ of sandstone and limestone from Germany and Poland

The Humboldt Forum, the largest cultural development in Europe and the most ambitious in Germany this century, is completed and saw a virtual opening on December 16, 2020. It is located in the reconstructed Berlin city palace with its baroque façade. In light of Germany’s COVID-19 restrictions, the Humboldt Forum will not open its doors to the public as planned, but virtual visits are possible.

As the name suggests, the forum should be based on the worldview of the Humboldt brothers Alexander and Wilhelm. Their legacy of “observing the world with their own eyes, of encountering the unfamiliar face-to-face without repelling or disparaging it, is today more pertinent than ever,“ Minister of State for Culture, Monika Grütters, said at the celebration for the completion. 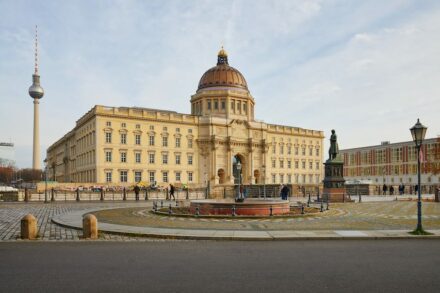 Now, testimonies from the history of non-European cultures in Africa, Oceania, Asia, and Latin America will find their home Iin the forum. Although they have already been on display in Berlin, they have hardly ever been presented according to their real significance.

The forum will also host events on current topics – always focusing on the interaction between North and South or East and West.

These debates should also show that the different cultures and the people there “are more united than divided,” said Monika Grütters.

The city also hopes the forum will be an attraction for both its citizens and tourists. 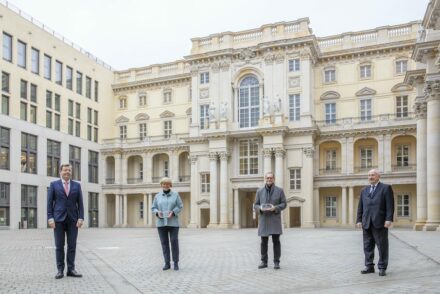 To this end, there is, in particular, the Schlüterhof in the palace building, through which one will be able to cross the enormous ensemble by day and night. This courtyard will host gastronomy and events. 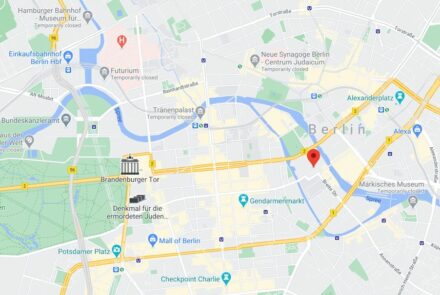 It links the rebuilt palace to the Cathedral and the Lustgarten across the street and to the nearby Museum Island, which also has a new attraction in the form of the James Simon Gallery and the restaurant there.

Berlin’s Governing Mayor Michael Müller emphasized this aspect at the celebration for the completion: “The Humboldt Forum will be the place where the whole world comes to us and discusses with us.“ 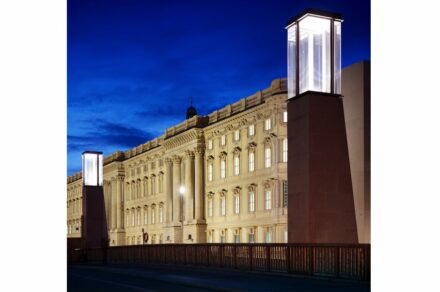 During the 7-year construction period, the palace probably was the largest natural stone construction site in Europe. Around 9000 m³ of sandstone and limestone from Germany and Poland were used. Most of the sandstone can be found on the 3 facades, which are designed according to the historical model from the Baroque period, limestone on the floors inside the building.

One of the façades’ peculiarities is that the decorative stone elements are not merely attached to the concrete walls, as is usually the case, but were inserted into clinker brickwork in front of it. There are numerous symbols from the former Prussia, such as eagles – for visitors, it is worth looking up to discover the numerous variants. 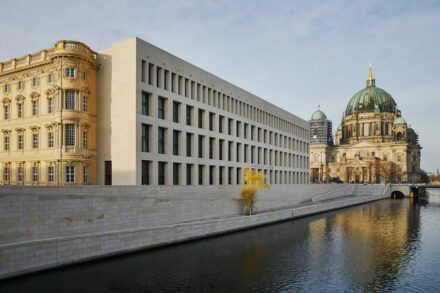 On December 17, the hoardings come down. Then one will at least be able to look at the 3 historic facades and the 5 magnificent portals from the outside. The modern façade of the project’s architect Franco Stella on the side facing the Spree river stands in stark contrast to this.

The current budgeted costs for the construction of the Humboldt Forum are 644 million €, of which the federal government will pay 532 million € and Berlin 32 million €.

The total amount includes 80 million € from donations required for the restoration of the historic facades. This was made possible by the Förderverein Berliner Schloss (Association Berliner Schloss), which raised the sum (and an additional 20 million € for the inner portals and the dome). Particularly noteworthy is the commitment of chairman Wilhelm von Boddien.

Details of the opening for the public will be announced in early 2021. 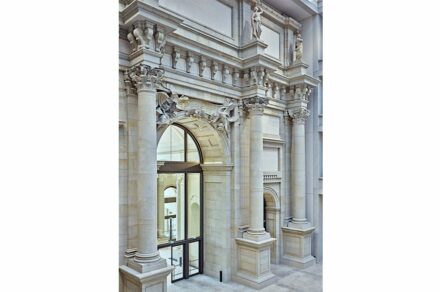 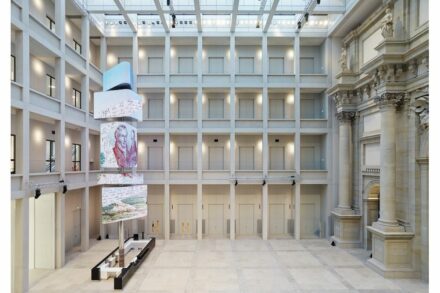 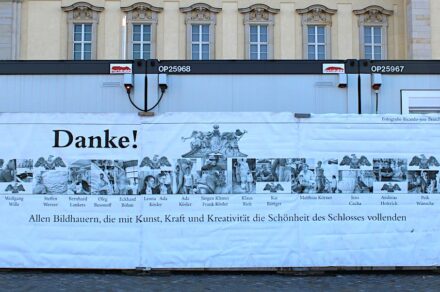 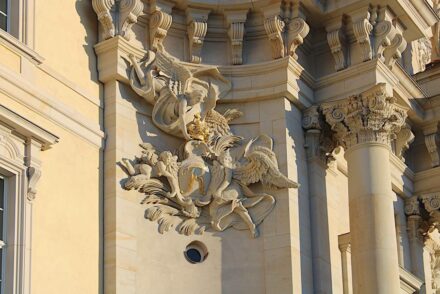 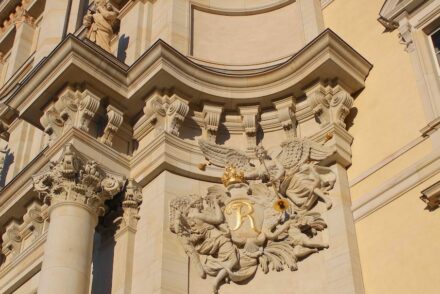 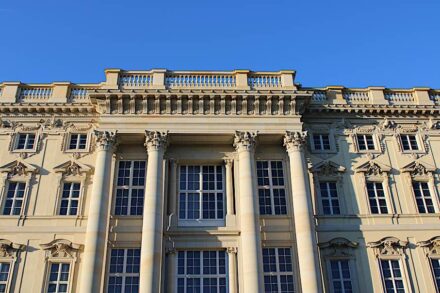 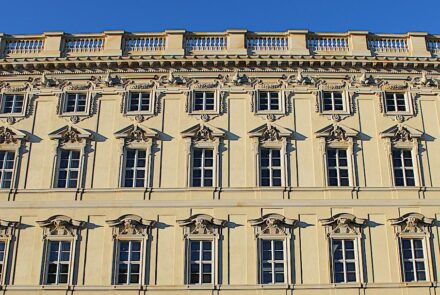 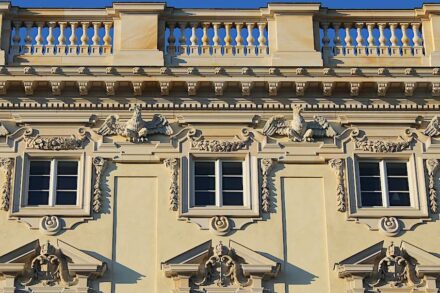 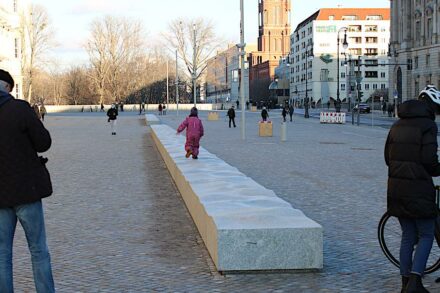 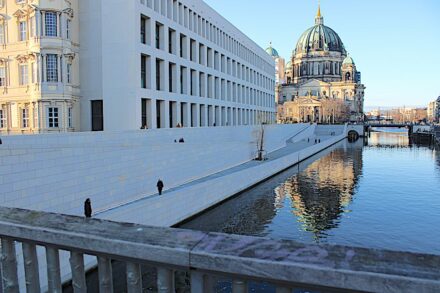