The Bauhüttenwesen, which is the ancient craftspeople’s tradition of cooperation and know-how sharing in construction projects, is added to the Unesco List of Intangible Cultural Heritage 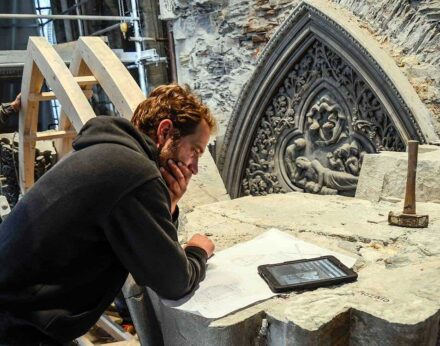 The Craft techniques and customary practices of cathedral workshops, or Bauhütten, from Germany, Austria, France, Norway, and Switzerland are inscribed in the List of Intangible Cultural Heritage. The decision by the Intergovernmental Unesco Committee was taken during its session held online from December 14 to 19, 2020. Among the other 29 new inscriptions are the Yeondeunghoe lantern lighting festival in the Republic of Korea, the making of the Terere Guarani ancestral drink in Paraguay, the mechanical watchmaking in Switzerland and France, or the production of Christmas tree decorations from blown glass beads in Czechia.

The Bauhütten tradition was added to the special Register of Good Safeguarding Practices, which belongs to the list and showcases examples of the effective transmission of living cultural practices and knowledge to future generations.

As said on the Unesco webpage, the Bauhüttenwesen appeared in the Middle Ages on European cathedrals’ construction sites. In the German language the term Bauhüttenwesen refers both to the organization of a network of craftspeople’s workshops that build and restore edifices and to the workshops themselves. Now, as then, these workshops are home to various trades working in close collaboration, forming a supra-regional network that also extends beyond national borders. Faced with the progressive shortage of technical skills, the workshops have become institutions that preserve, transmit and develop traditional techniques and know-how.

The List of Intangible Cultural Heritage now numbers 492 elements. It seeks to enhance visibility for the traditional practices and know-how of communities. The Register of Good Safeguarding Practices now numbers 25 Good Practices.

Unesco gives following definition for Intangible Cultural Heritage: “Cultural heritage does not end at monuments and collections of objects. It also includes traditions or living expressions inherited from our ancestors and passed on to our descendants, such as oral traditions, performing arts, social practices, rituals, festive events, knowledge, and practices concerning nature and the universe or the knowledge and skills to produce traditional crafts.“ 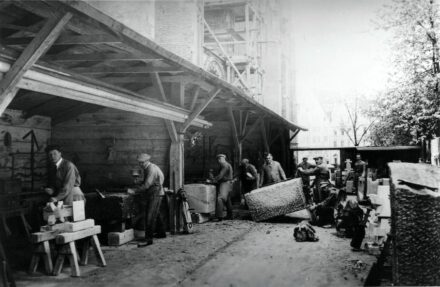 At the 2020 session, the committee also added 3 inscriptions to the Intangible Heritage in Need of Urgent Safeguarding.

For the first time this year, Finland, Malta, Paraguay, and Singapore had inscriptions on the lists, which now feature elements from a total of 131 States.

This year saw the highest number of multi-country nominations, with 14 inscriptions testifying to the ability of intangible cultural heritage to bring people together and promote international cooperation.