News from massive construction with natural stone: not erecting thick walls, but “using the precious resource with moderation and purpose“ 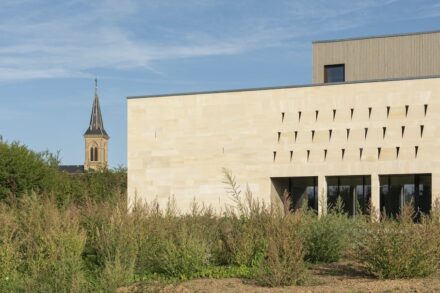 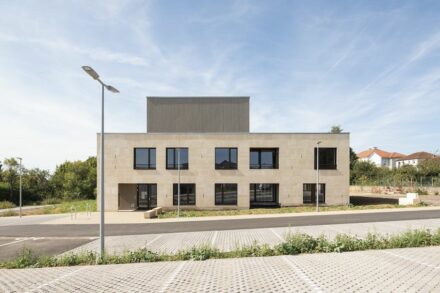 In France, as a niche in the construction market, there are those buildings made of massive stone, where the walls are composed of small blocks as if from a toy building block set. We have described the principle more often: it is pioneering from an ecological point of view because CO2 emissions are minimal, the material is 100% natural, it has optimal insulation values, and the structure can be raised in a very short time.

Last but not least, the small blocks can be dismantled and reused later.

Now a completely new aspect is added to the topic by the architect collective Studiolada, from whom we had only recently described a massive house made of local sandstone. The planners’ approach is revolutionary, at least as far as the stone industry itself is concerned: “Natural stone is a precious resource. It must be used with moderation and purpose.“

In other words, the architects don’t want to stack thick blocks on top of each other, but thinner ashlars.

To this end, Benoît Sindt and Éleonore Nicolas of Studiolada add another ecological building material to massive stone construction, namely wood. Only for certain parts of the building concrete is used. 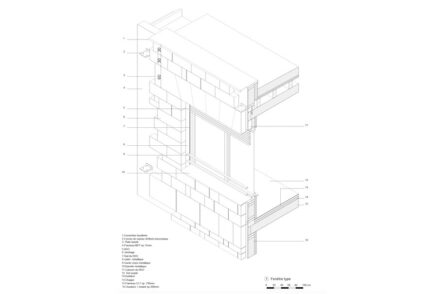 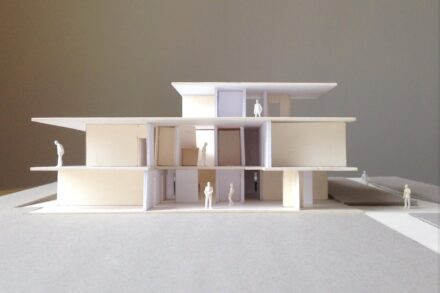 Their concept, realized in 2019 at the new health house in the town of Audun-le-Roman not far from the border with Luxembourg and Belgium, has in a sense 3 aspects when you look at the building from the outside in:
* on the very outside, a massive stone wall surrounds the building. Unlike usual, the stone blocks here are only 15 cm thick. Yet, they are self-supporting as normal;
* They are followed by a timber framework with insulation;
* deeper inside the building, the walls are made of concrete and, together with the ceilings, give the structure stability. 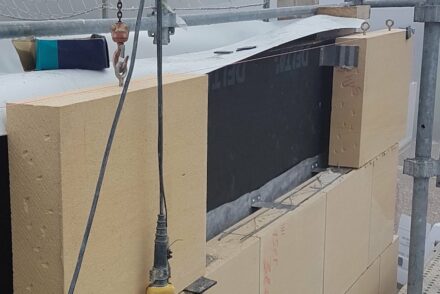 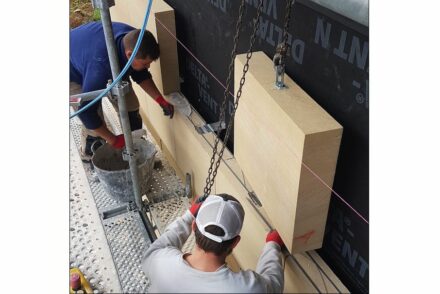 To ensure that the outermost stone wall can withstand large wind loads, its stone blocks are connected to the wooden frame behind it by means of metal brackets. The ashlars themselves are placed on top of each other without mortar. A tile adhesive holds them together. There is a reinforcement between the layers.

Let’s let the architects have their say again: “We wanted to give the building a touch of style,” they write. What is meant by this is that some houses for health or care tend to make patients and their visitors sick.

But the house in Audun-le-Roman should have a warm and soothing atmosphere, both from the outside and inside. “We believe that architecture can contribute to the well-being of the population“ the documents say.

The building has two floors plus a maisonette on the roof. The various doctors or service providers are spread out over the floors. Building only at ground level was not possible, even in this rural region, because the terrain in the middle of town has high prices per square meter. 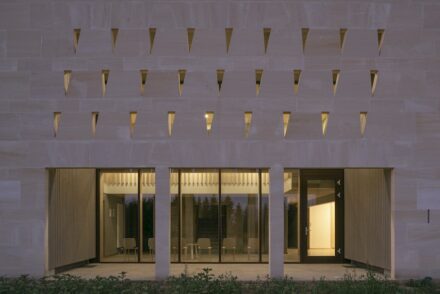 A striking feature of the facade is the south side with a recessed claustrum over 2 floors. The architects use the term to refer to the cloisters of the monasteries, which are open and closed at the same time. 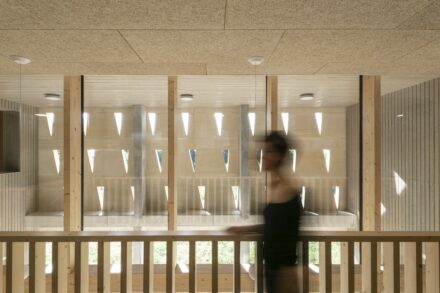 The stone wall here bears triangular shapes that allow light and air to fall into the claustra and into the rooms behind it. Initial measurements have shown that the building can manage without air conditioning in summer. 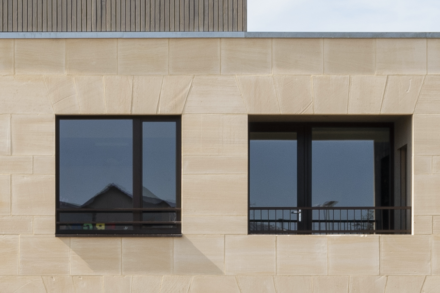 The windows are striking, even if they are without any decoration: they have no lintels but are shouldered flat arch made of stone.

The limestone used was Pierre de Saint-Maximin, from a quarry about 60 km from Paris. It is known from Baron Haussmann’s Paris or, for example, from the castle of Chantilly. 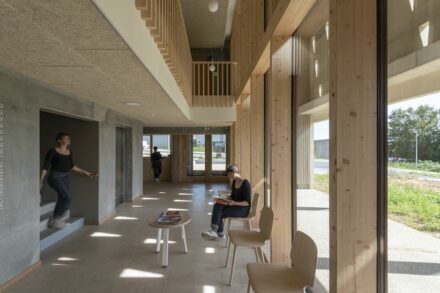 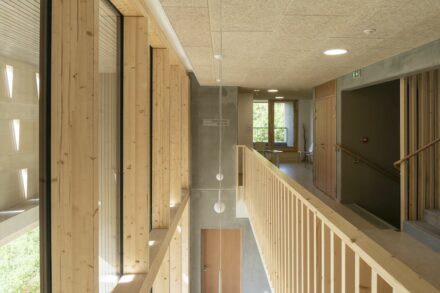 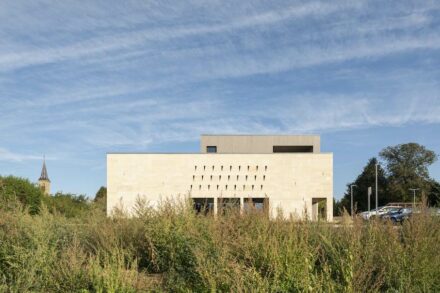