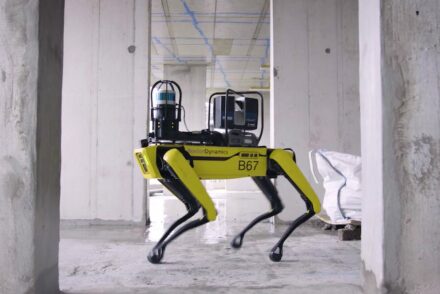 Architectural office Foster + Partners, in collaboration with Boston Dynamics, has created a robot which “has the ability to climb stairs, avoid obstacles and traverse rough terrain, allowing it to monitor construction sites and collect data quickly and easily. In this way, designers and contractors can correct errors quickly and at minimal cost, ensuring that projects are progressing on time and within budget“, according to the architects‘ webpage. We recognized in the shape of the machine’s legs a striking similarity with Portuguese designer Emmanuel Babled’s table “Stepp“ which we had presented recently. We asked Emmanuel, and he replied: “Hehehe, but my product is definitely heavier!“ (1, 2)

Saudi Arabia has presented the basic concept of “The Line“, a city with a length of 170 km „with zero carbon emissions”, as said on the webpage.

Paris mayor Anne Hildalgo has unveiled details of the €250m plan to turn the Champs-Elysées into a green band.

The Italian government is seeking bids from engineers to rebuild the floor of the Colosseum in Rome. 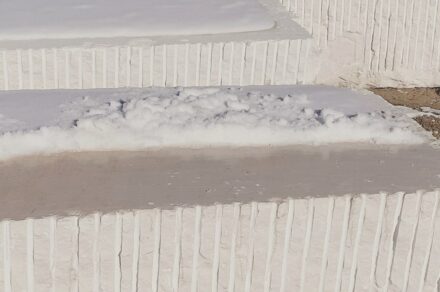 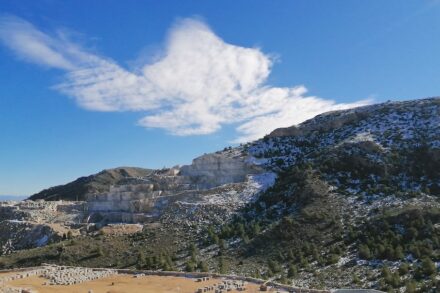 Spain’s capital was under half a meter of snow these days, and temperatures around minus (!) 30 degrees were predicted for some regions. We had asked Levantina company how it was there, but the situation in Novelda in the Mediterranean province of Alicante was not quite so bad. Nevertheless, press spokeswoman Nuria Izquierdo sent us some photos from one of the quarries. Our link reminds the winter ice-disaster 2017 in Greece (1, 2).

An International Stone Carving Symposium, called Minnesota Rocks, was held in Saint Paul, Mi, in 2006. Twelve artworks of that event are permanently installed in parks throughout the city.

A remarkably structured concrete façade is the sign of the expansion of the PG&E Larkin Substation electrical switchgear building in San Francisco. It is the first Net Zero Energy (NZE) targeted electrical substation building in the United States, as said on the TEF Design architects‘ webpage.

Video of the Month: Canadian Polycor company has acquired North Carolina Granite and published a video about the company merger.