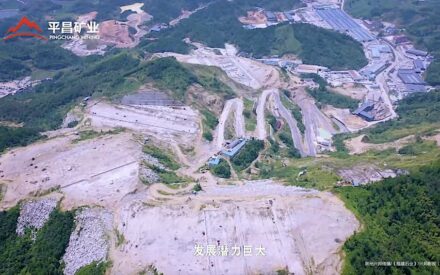 Social standards for workers also play a role in the model projects, which will have an impact on the industry throughout Asia

China’s stone industry is making great efforts to ensure that the extraction and processing of the material, which is environmentally friendly by nature, also follows “green“ guidelines. This includes reducing the waste of energy and water while drastically reducing the impact on nature. The goals also expressly include taking into account the social concerns of the employees and local residents – this is on every flag in China.

The “green“ objectives of the natural stone companies not only have an impact on the domestic sector, where suppliers have to meet the increasingly strong desire of customers for environmentally friendly products.

For the whole of Asia, China as the leading economic nation is thus setting certain benchmark for development. This also means that in neighboring countries, for example, child labor will come under even more criticism than it has in the past.

In the same way, certain standards will be set for emerging supplier countries.

China’s government laid down the “green“ orientation of its industry several years ago.

It is interesting to note that this is not being implemented by decree from above, but by modern methods of economic policy: best-practice examples are identified in competitions among entrepreneurs. As prizes, these companies receive government funding, and then act as ambassadors of how to do it right.

We recall: 15 years ago, anyone who left the megacities with their large trade fairs and visited quarries and factories in the hinterland would find themselves in areas where the stone powder had colored the streams milky and covered the plant life with a white veil.

At the World Stone Congress held as part of the Xiamen Stone Fair 2019, focussed attention on the topic. There, domestic companies showed their best practices.

In October 2020, there was a major industry meeting in Fujian Province, which is one of the centers of the natural stone industry and where the city of Xiamen is also located. 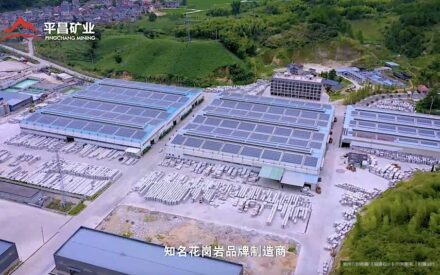 Around 100 representatives from companies and regional associations and authorities attended. The organizer was the nationwide China Stone Material Association (CSMA).

Examples were shown that dealt with everything from the processing and reuse of process water to the protection of nature during the operation of a quarry or the restoration after the end of mining. Discussions went into small details, such as keeping access roads near factories clean.

Housing and recreational facilities for workers were also topics.

After all, since China has been developing its hinterland, it has become increasingly difficult for companies on the coast to find qualified employees.

Two strategies are shaping the “green“ modernization of China’s stone industry: on the one hand, they want to learn from the West, and on the other hand, they always have the market-economy impacts of modernization in mind.

Thus, at the World Stone Congress 2019 in Xiamen, 2 company representatives from the West were also invited as speakers. The Chinese mentality is characterized by a thirst for learning: even if one is convinced that one’s own political system is superior, one does not like to present oneself as a superpower. In our interview in 2013, Zou Chuansheng, the previous long-time CSMA president, had vehemently emphasized that his country’s stone industry still had a lot to learn. 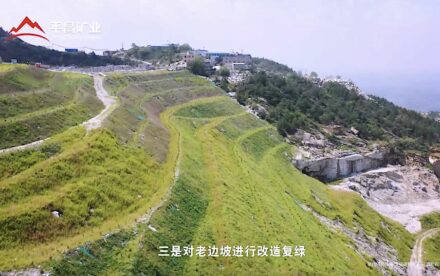 Despite all the modernization, the concerns of the economy are also taken into account. This was once again demonstrated at the industry meeting in October 2020, where the three most important criteria for the modernization of stone quarrying were named as “geology, costs, and markets“.

What was meant by this was: mining only makes sense if the conditions on site are favorable; cost analysis always includes a comparison with the conditions at another deposit; and last but not least, you have to know what the customer currently wants and how demand will develop in the future.

Of course, all of this takes place within the regulatory guidelines, which are also enforced.
At the industry meeting in Fujian province in 2020, there was a report from Inner Mongolia and Hebei provinces, and regarding the situation there, it was dryly stated that those companies that do not comply with the standards by the end of 2020“ will lose their licenses.“ It added: “Before 2025, a large number of quarry enterprises will be closed.“

Research has found that, for these companies, the core of the problem lies in inaccurate self-assessment, the speaker said.