Markets: „For us there is still a lot to learn from the world peers” 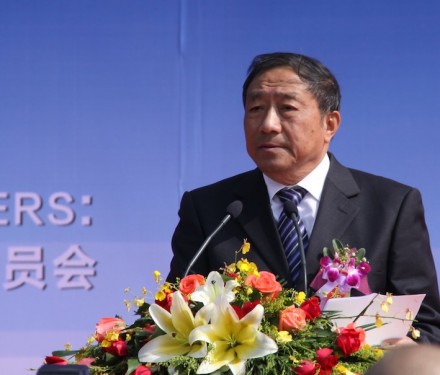 (February 2013) The China Stone Material Association is the nation-wide stone trade organization. 1000 companies ranging from producers to manufacturers and traders are its members. Membership is voluntary. President is Zou Chuansheng. Stone-Ideas.com’s Peter Becker was granted an interview in preparation of the stone fair in Xiamen (March 6-9, 2013).

Stone-Ideas.com: How was 2012 for the Chinese stone sector?

Zou Chuansheng: China Stone industry in 2012 has overcome the difficulties due to the weakness of the international stone market and the negative impacts in the domestic stone market due to the regulation of the real estate market. Though the growth rate of China stone industry declined compared to previous years, the production, sales revenue and profits of above-scale enterprises (enterprises of annual income from main business over 20 million in RMB) still saw a rise of over 20%. Industrial upgrade and layout adjustment also achieved good results.

Stone-Ideas.com: How much stone is exported from China, and how much is consumed inside the country?

Zou Chuansheng: China has exported 11.659 million tons in the first 11 months of the last year. We expect to have reached more than 12 million tons by the end of 2012. We had a domestic consumption of about 130 million tons.

Stone-Ideas.com: In 2012, China saw a slowdown in economic growth. How did it affect the stone sector?

Zou Chuansheng: Due to China’s economic slowdown, our stone industry also saw a slowdown. Yet, since the second half of the 3rd quarter, the trend has improved and a fast recovering has appeared. Thus, throughout 2013, we expect a small V-type recovery of the stone sector. (*)

Stone-Ideas.com: In respect of exportation, China has to cope with weaknesses of two of the major markets, Europe and the US. What is the strategy of the Chinese companies to continue increasing their market shares?

Stone-Ideas.com: In our last year’s interview, you had said that ‚Green’ production would be the main topic for 2012 and that standards elaborated by your organization were waiting for approval by the government. Was that approval done and what do these standards say in detail?

Zou Chuansheng: The standard has been approved by experts to form the draft for approval. Water, electricity and other resource utilization and the concentration of particular matters like noise control are main indicators.

Stone-Ideas.com: Issuing standards is one thing, controlling them is another. Who controls that the companies comply with the standards and what happens in case of non-compliance?

Zou Chuansheng: After the release of the standards by the government, the association will work with the authorities to conduct strict inspections according to the standards and deal in accordance with the relevant laws and regulations.

Stone-Ideas.com: In a 2012-report about world-statistics, we called China a ‚superpower’, also in respect of the stone sector. For us that meant that China should play an active role in bringing the international stone community together e.g. to compete with competitors like the ceramic industry. Do you like the term ‚superpower’?

Zou Chuansheng: I do not agree with the title of ‚superpower’. China has really become a big country in stone production and consumption, but this refers to the gross. The fact is that per capita consumption in China is still very low and for us there is still a lot to learn from the world peers in aspect of production and technology, environmental protection, and resource utilization etc.

(*) The term „V-type recovery” describes a sharp rise after only a short phase of low economic activity. Another pattern is e.g. the „U-type” with a much longer phase at the lower level.