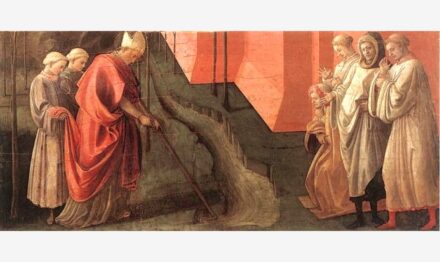 It is well known that the climatic events of past times were reflected in the arts: during the Little Ice Age in Central Europe (15th -19th century AD), Dutch landscape paintings increasingly showed people ice skating on frozen waters. Likewise, the Rök rune stone from the Viking Age (ca 700-1070 AD) is seen in connection with unusual weather events may be connected to a volcano eruption in Central America (see link below). Now a team of researchers has shown a connection between the stories of water miracles from northern Italy in the 6th century AD and extreme rainfall in that era.

In particular, the Dialogi de vita et miraculis patrum Italicorum (Conversations About the Life and Miracles of the Italian Church Fathers) from that time contain many descriptions of saints causing or ending heavy rain, storms, and floods.

Such reports account for up to 20% of all described miracles from that time – an unusual accumulation.

In texts from earlier and later periods, as well as in the writings of Gregory of Tours, however, water miracles rarely appear.

The international scientists, including the German Max Planck Institute for the Science of Human History, interpret the sudden appearance of these reports as an indication of a particular perception of the population for hydroclimatic events.

They see the reason in the climate change of the time, which manifested itself in particular through increased rainfall and floods.

To supplement these cultural clues with hard facts, the team examined a stalagmite from the Renella Cave in northern Tuscany. Like tree rings, the mineral layers of stalagmites that are deposited over centuries provide information about the respective climatic conditions.

It turned out that the 6th century AD in northern and central Italy was distinguished from other periods by a significantly higher level of humidity.

Max Planck Institute for the Science of Human History 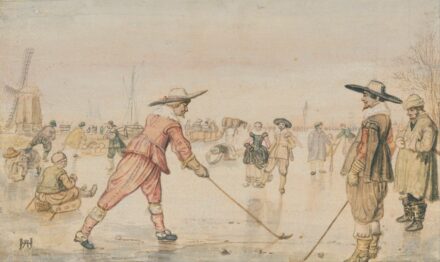