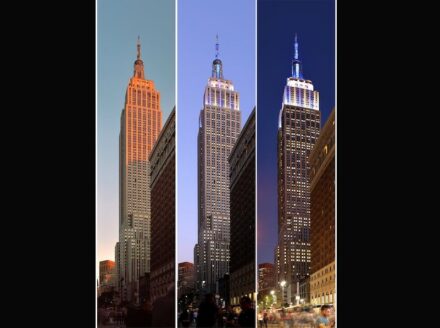 The Empire State Building has turned 90 years old. Perhaps still the most spectacular of New York City’s many icons, opened on May 1, 1931, it embodies like no other building the city’s image of modernity, record-breaking, and exclusivity. The facade is mostly made of warm-appearing Indiana limestone and cool glass. Inside, marble from many European countries was used. The photos of the workers in lofty heights became a symbol of the age of unlimited feasibility that lasted until the oil crisis.

Italy’s parliament has approved a reconstruction program for the country’s economy after Covid-19, allowing international trade shows to be held again after July 01, 2021. Pandemic regulations must be observed. In April, the Confindustria Ceramica association had already referred to the upcoming decision and underlined that the Cersaie trade fair in Bologna would be held (September 27 – October 1).

Versatile usability of stone: Smugglers who hid millions of pounds worth of heroin in shipments of stone are due to be sentenced by a court in the Netherlands, the British Stone Specialist reports (1, 2).

Granite from China bound for US kitchen countertops is facing delays by container shortage, Bloomberg reports.

A young worker died when a huge marble rock fell on him from a crane at a plant in Mohmand tribal district, Afghanistan.

Cosentino has created a “Digital Business Unit” for the company’s transformation. The DBU will lead all of its digital-business initiatives worldwide, encompassing work previously split between the strategy, marketing, and systems teams. Responsibilities include managing the company’s Salesforce functions and the CBU (Business Strategy Consultant) department and implementing new strategies such as the Call Centre for potential customers and prospects.

Spain will spend 7 billion euros for building rehabilitation and urban regeneration, according to the minister of transport, mobility, and urban planning (Spanish).

Glassy iceberg-like forms as proposed by Open Architecture were chosen as one of the three winning schemes to design the planed Shenzhen Maritime Museum in China. They “arise from the subtropical coast — the design is intended to get awareness to the issues of global warming and marine environmental protection“, as said on the webpage of the architectural office based in Beijing. The museum’s task will be to educate its visitors about the sea and the environment.

Video of the month: Sculptures of this year’s art festival “Sculpture by the Sea” in Cottesloe not far from Perth, Western Australia. In late fall, the festival will take place on the other side of the continent in Bondi not far from Sydney. Dates in our calendar of symposia and festivals (1, 2).