Stone detail: The Neue Nationalgalerie in Berlin shows the Mies’ Corner in many variations 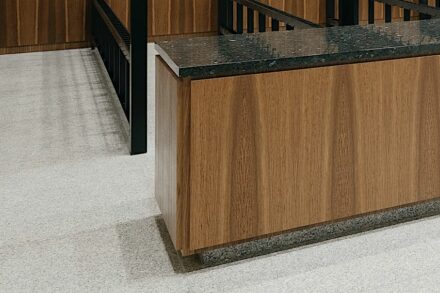 In our series called “Stone detail“, we are adding a detail to our reports on a major architectural project. This time it is about the Mies’ Corner at the Neue Nationalgalerie in Berlin:

At the Neue Nationalgalerie in Berlin, Mies van der Rohe had the opportunity to design a building entirely according to his ideas. After all, the city’s government wanted the famous architect, who had accepted offers from the U.S. in the 1930s, to come to Germany once again to do a work. One of the many details in the New National Gallery is Mies’ Corner:

In 1958, Mies collaborated with American architect Philip Johnson to plan the Seagram Building in New York, which set the style of modern high-rise office buildings for decades to come. 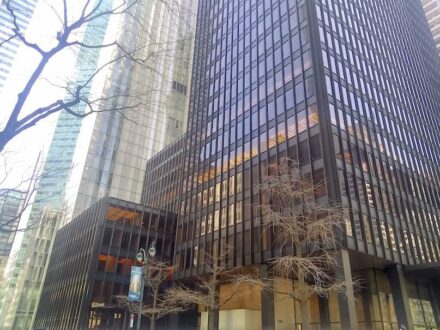 One goal of his designs was to make the supporting structures in such a building visible. His design of the corner, as seen in the photo, serves this purpose: by not wrapping the glass and metal cladding of the façade around the corner, a continuous line is created from street level to the top floor.

Its lowest part is the pillar, which plays an important role in the steel skeleton of the building.

This idea of having the cladding end before a corner is played out in many examples in the New National Gallery by Mies himself. Often, they no longer have much to do with the original idea of making the statics visible.

We show a few examples. 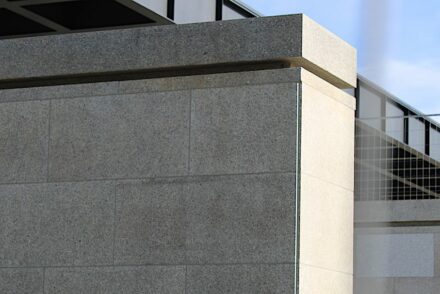 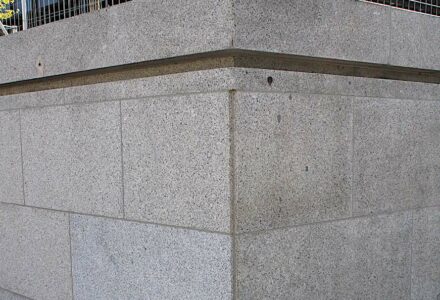 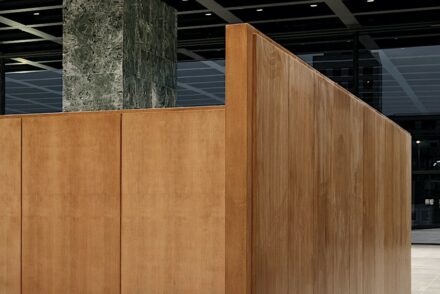