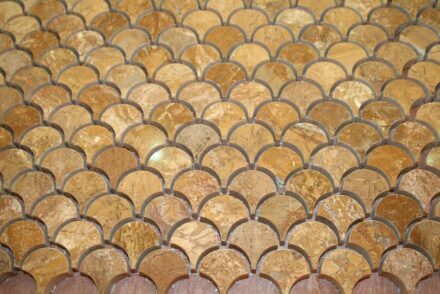 However, it is interesting to ask whether stone companies can perhaps come up with substitute materials for such situations

Globally, there has been a shortage of various commodities for the economy for several months, such as lumber, steel and aluminum, but also microchips. Some, such as wood, have tripled in price, and the car industry in the U.S. is already anticipating a drop in the production of vehicles this year because of the shortage of electronic components.

We asked around to see if the current situation could also affect the natural stone sector. After all, marble, granite and Co are mainly used in the construction industry. Representatives from Turkey and Brazil, however, agreed that they would not feel the effects.

There are several reasons behind the shortage of basic materials:
* following the slump in the global economy in 2020 due to the pandemic, many countries’ economic activities had recovered unexpectedly quickly since December. However, the new demand was offset by empty stocks, as many companies had reduced production and run down inventory during the pandemic. In addition, the supply chain disruption caused by the pandemic is currently hampering supply – keyword: containers shortage.
* The import duties imposed by the previous U.S. President Trump on steel and aluminum from Europe and lumber from Canada probably also play a role.
* regarding specifically the skyrocketing prices of lumber in the U.S., the Chicago Mercantile Exchange also sees the reasons in the pandemic: “The shutdowns that occurred as a result of the novel coronavirus meant people had nowhere to go and fewer places to spend their money, so they started to look for bigger homes or began to tackle home renovation projects.“

The stone sector has benefited enormously. We had reported. There could be a slowdown here.

However, all observers agree that the trend is continuing. In the meantime, investments in the outdoor areas of homes are also increasing, such as the barbecue on the terrace or the pool in the garden.

We spoke to Fábio Cruz about the expectations of Brazilian natural stone exporters. He is the Vice President of the nationwide natural stone association Centrorochas. Fabio sees no impact – at least in the short term – on his country’s natural stone exports: “Brazilian exports to the American market remain essentially in the form of slabs, for local distributors and fabricators, meaning we continue somewhat far from the building products edge.“ In other words, he also believes that the strong demand from the private sector will continue.

As far as larger construction projects in the USA, such as hotels or entire residential complexes, are concerned, Brazil has not yet played a major role as supplier.

Turkey has been more successful in this area. However, the president of the Izmir-based EIB (Aegean Exporters’ Associations), Mevlüt Kaya, does not expect any major slumps after the pandemic: “The construction projects began to be carried out rapidly with the start of the re-normalization process, and this situation provided an increase of approximately 50% in Turkish natural stone exports in 2021. It is foreseen that this rising trend will continue in the forthcoming months.“

We would like to point out another aspect: in various discussions, experts have already asked whether other materials could not replace the commodities mentioned. However, this is hardly possible in construction once a project has been planned and approved.

But this option is nevertheless interesting for the natural stone sector: e.g., Swiss company Bärlocher had launched sandwiches made of concrete with thermal insulation and natural stone cladding a few years ago, which were used in a pilot project and proved to work well (see link below).

So far, however, far too few such innovative ideas have been developed, with which the companies could be ready for a crisis.

At the same time, however, it has to be said that the stone sector in the Covid 19 pandemic has demonstrated qualities that are in demand in times of crisis: resilience and flexibility. Its strength lies in the fact that it only has small and medium-sized companies and that there is no such thing as a stone “industry“.