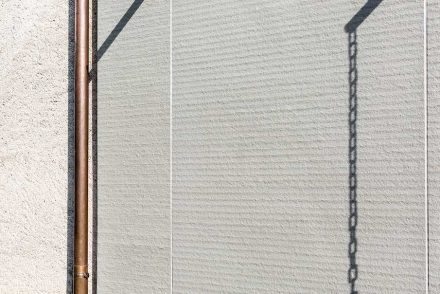 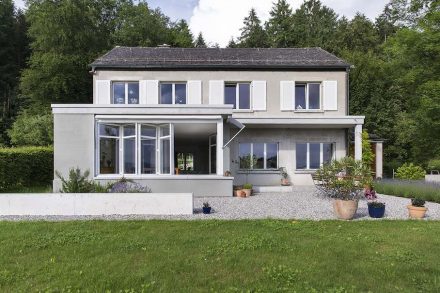 Primarily French architects have been working on the age-old idea of massif natural stone dwellings (see link below). Swiss colleagues have now given the idea a new twist: sandwiching concrete and slabs of stone. The blocks are pre-fabricated on site at the cement factory and need only be assembled in building-block fashion to create a house.

A distinguishing factor of the concept is the fact that builder and architect alike as well as the participating scientists want to use the qualities of both materials: stone is a high-end building material suitable for withstanding great loads. Concrete is a thrifty alternative and is resilient to strain and heavy loads. The stone slabs need be only a few centimeters thick in contrast to stone alone. The two layers are complemented by an insulating layer.

A building project in Obfelden near Zurich incorporates the proof of the pudding. This was a one story building complex dating back to the 1960’s. Scientists from Chur Technical University and Lucerne University of Applied Sciences and Arts did the research for the construction, Futurafrosch’s Kornelia Gysel had the architectural direction for the project. Stone was provided by Bärlocher AG and the sandwich construction was the work of Befag Concrete. 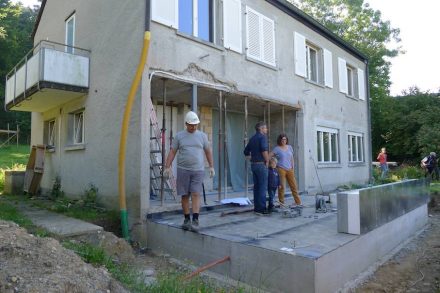 The complex was provided with an annex to accommodate an additional living room with picture window. The three exterior walls are made of the sandwich construction: the concrete between the stone slabs is 6 cm thick, the stone slabs are 5 cm thick and the insulation layer takes up 26 cm. Along the base the natural stone layer is 2 cm thicker. The concrete has 16 mm-thick ridges. 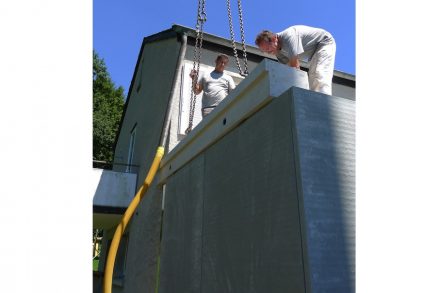 The largest stone slab measures some 2.80 x 2.20 cm dictated by the stone implemented. This is Rohrschacher Sandstone from Bärlocher AG’s Gstaad quarry.

As seen in the photo, the sandwich elements carry the weight of the construction, i.e. the balcony in on the top floor made of concrete pre-fabricated elements. 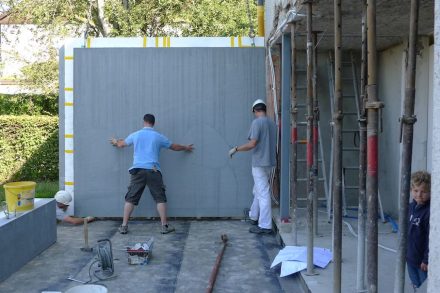 The builders completed the set-up in one day. Kornelia Gysel knows well which preconditions cut costs: „Working with pre-fabricated elements requires careful preparation including good planning. These go hand-in-hand with meticulous craftsmanship.” The diligence pays off later, she adds, „it becomes visible as added value to the building later“. 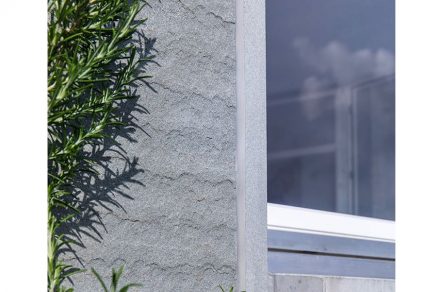 The exterior wall is not buffed, after all, the natural stone wants to come to the foreground. Its surface is flamed a natural treatment for the corrugated structure.

Interstices between the elements are wider than one might expect due to the fact that setting the blocks was a new work process and craftsmen had no experience to fall back on. So a certain amount of leeway was calculated into the set-up.

After seven years of research and trials, the implementation is now complete and trials need to be done for buildings with more than one story. For the time being, each project must be submitted to new calculation of required thickness of the stone slab.

There is an open question regarding the adhesive holding the 3 layers in place. Due to a restrictive time-line a specific adhesive could not be developed. So steel anchors were used bind the elements together. But these cause thermal bridges throughout the exterior walls. An undesirable side-effect.

A few more facts:
* it is possible to install electrical wiring and plumbing in specific elements; 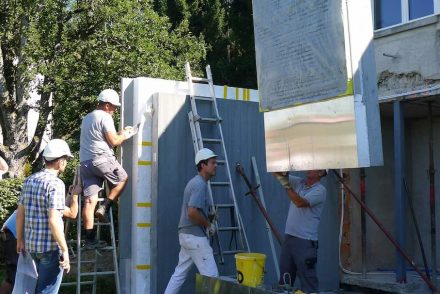 * a special challenge lay in the cornerstone construction where the old and new building elements meet;
* transporting the large sandwich elements requires particular care;
* when assembling the sandwich elements, the stone slab lies on the bottom followed by the insulation and finally covered by a layer of concrete poured into a lost formwork. (sumu) 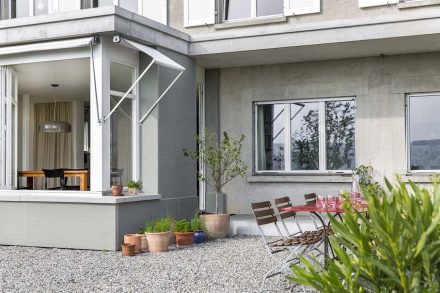 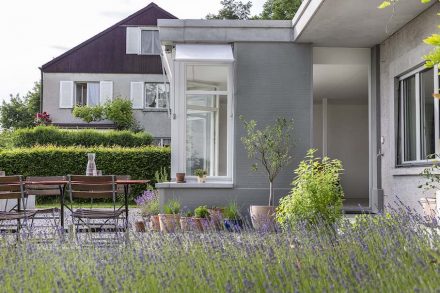 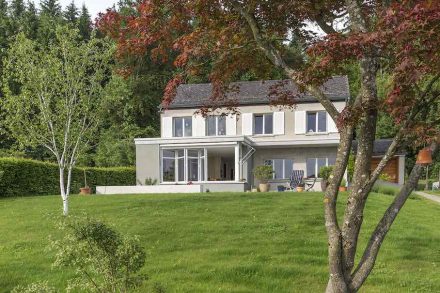 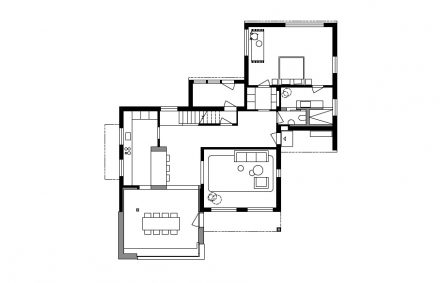