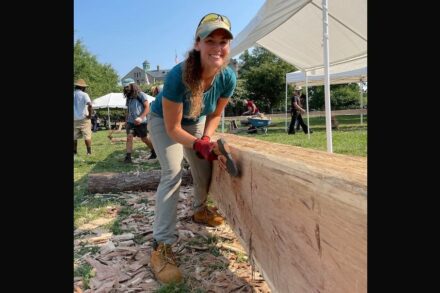 A replica of Truss #6, one of the oldest trusses from the roof above the choir of Notre Dame cathedral in Paris, was constructed and hand-raised in Washington DC during the first week of August 2021. Handshouse Studio had held a workshop where skilled timber frame carpenters from around the US used materials and methods of the original medieval cathedral builders. They worked with the support of Charpentiers sans Frontières – fellow traditional carpenters in France who seek to unite their craftspeople the world over.

The participants used the official drawings created for the reconstruction of the church. 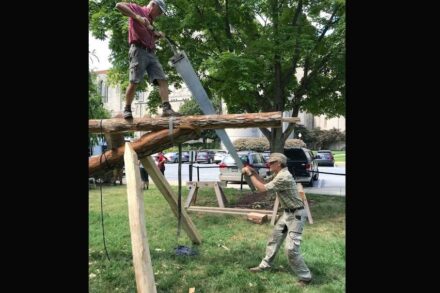 Their effort is meant as a gesture of global solidarity with fellow traditional craftspeople worldwide, honoring the importance of cultural heritage. “We wish to share our Truss #6 reconstruction as a (symbolic) gift to France and to the collective effort to rebuild Notre Dame de Paris as it was originally made,“ as said in a press release by Handshouse Studio.

The full-scale truss was built in a 10-day workshop at The Catholic University of America and hand-raised in front of the Basilica on the University Campus. After a few days on the National Mall, it now stands inside the National Building Museum’s Great Hall until September 09, 2021 (possibly longer). 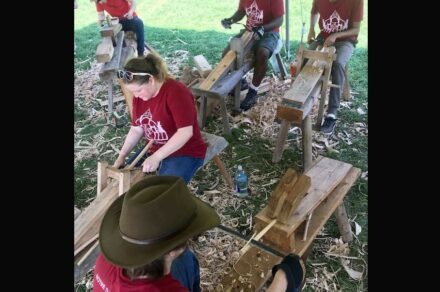 Handshouse Studio is an educational organization whose mission is to create innovative hands-on projects that illuminate history, explore science and perpetuate the arts. Since 2002, it has worked with communities locally, nationally, and internationally. Handshouse develops projects outside the traditional classroom – they are designed to bring history to life by reconstructing historical objects.

Since the devastating fire in the roof of Notre Dame on the night of April 15-16, 2019, the interior of the cathedral has been cleared of contaminants, the completely deformed steel scaffolding from previous work has been dismantled, and the structure of the building, including the buttresses, has been secured.

Experts are currently developing the exact plans for the reconstruction also of the stone substance, which should begin in the winter of 2021 and be well advanced by 2024. Then the Olympic Games will be held in Paris and the cathedral should be open at least partially or for a while. 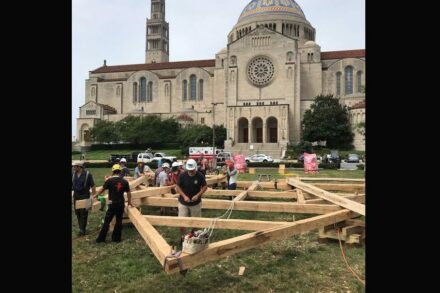 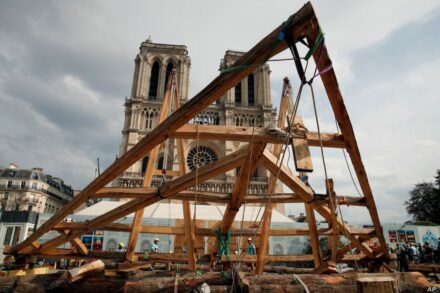